How Loud Is Too Loud for a Dog?

By Aviram K.
Published in Dog Ownership & Care
January 3, 2022
5 min read
✏️ This article has been reviewed in accordance with our editorial policy.
🏥 The information in this article is not a substitute for professional help.
🔗 This article contains affiliate links. We may earn commission when you buy through them.

You’re enjoying an evening at home with your friends. Everyone’s in the kitchen taking turns cooking a delicious dinner. Ice-cold drinks are flowing, and everyone is cheerful.

Only one thing seems to be missing…some great music!

You decide to amp up the mood by pumping some of your favorite tunes through your surround-sound speakers. Everyone is loving it!

Everyone except your dog. The moment the music began, they started acting funny: whining, running, and trying to hide from the sound. But when you turn the music off, they’re totally calm again.

You begin to wonder: was the music too loud for them? Was it hurting their ears?

Generally, more than 85 decimals sounds can probably be considered too loud for dogs. A dog may react to a sound that is too loud by hiding, whining, or urinating. But, to know if a sound is too loud for sure, you will have to use a decibel meter.

In this article, I will discuss how loud dogs can tolerate and explain more about their hearing abilities, which will help you to know if music or other noises are too loud for your dog.

Finally, I will wrap things up by detailing how dogs can actually block out certain sounds.

Eager to know exactly how loud is too loud for your pup?

Allow me to cut through all the noise and make it clear for you.

How Loud Can Dogs Tolerate? 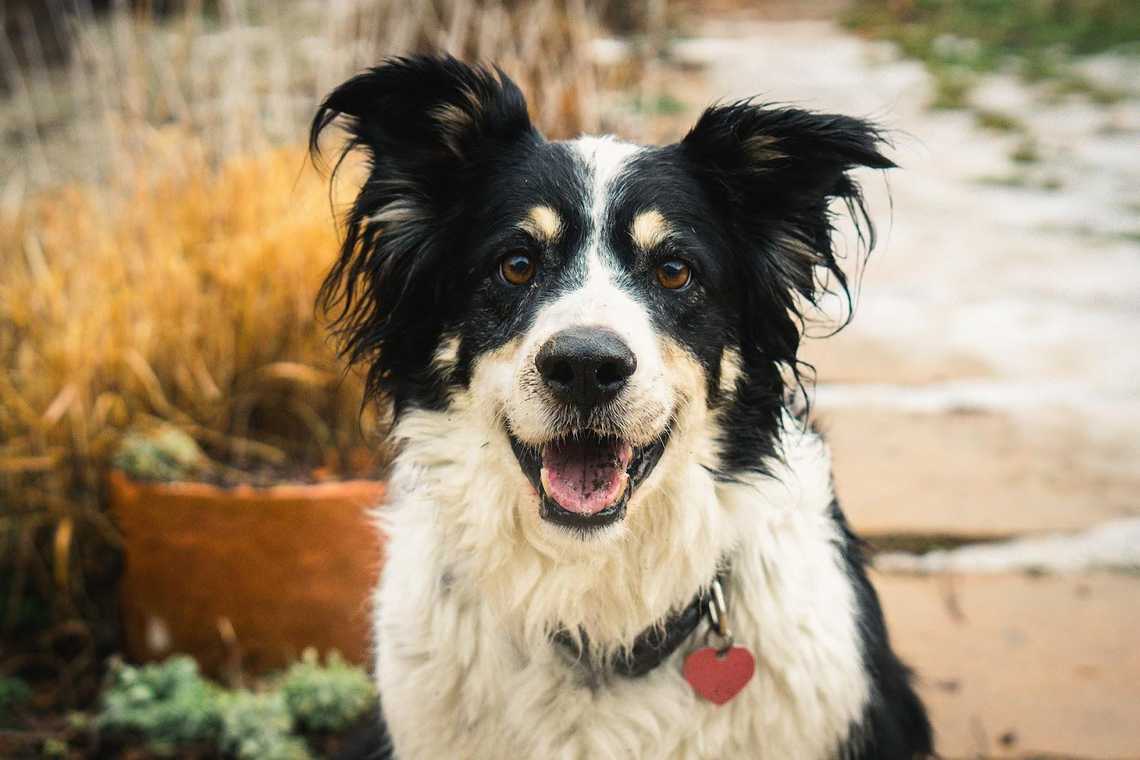 It’s not that your dog isn’t able to handle loud sounds; it’s that their internal scale of perceiving sound is totally different from yours!

Dogs are actually able to tolerate quite a bit of noise.

Decibels, which measure the loudness and intensity of sounds, are heard differently by your pup. Humans can hear low sounds around 0 decibels, while your pup can hear even lower, between -5 and -15 decibels.

Let me put this into perspective:

So, your dog can hear sounds about 15 decibels lower than the sound of someone merely breathing!

When you think about it this way, it makes sense that a noise that is normal to you may be much louder for your dog. Their starting threshold for sound is lower than yours!

Not much scientific data is available on the actual technical thresholds of ear damage in dogs. However, humans, for example, can start experiencing long-term damage when exposed to sounds that are more than 85 decibels for extended periods or more than 140 decibels for even a brief amount of time.

If we can start experiencing some damage when exposed to 85 decibels noises, then our dogs, who have much superior hearing abilities, could experience some damage as well, if not more.

Also, keep in mind that the closer the dog is to the source of the sound, the louder they hear it, and the more it could hurt them.

If you are interested, here is a list of noises that can cause hearing loss (in humans).

How Do You Know If Music Is Too Loud for Your Dog?

Since your pup can hear a wider capacity of sounds than humans can, it may feel hard to gauge whether music is too loud for them.

If music is too loud for your dog, they may exhibit some of the following behaviors:

These actions may be due to other physical or mental ailments as well. But if you notice your pup stops doing these things when you’ve turned the loud music down or off, it may be safe to assume the music is what’s agitating them.

It is important to carefully monitor your pup’s exposure to loud music and other noises that could be too much for them. Sounds that are too loud can damage your dog’s middle and inner ear, putting them at risk for hearing loss.

If your own music is too loud for your pup, the solution is simple…turn it down!

But sometimes, the noise can be out of your control. If your dog is regularly exposed to loud music from neighbors or jarring sounds from construction, there are things you can do to help them cope.

Maybe you’ve spoken to your neighbors and landlord, and there’s nothing that can be done about the noise. Try these methods to comfort your dog:

Now, if you want to be really precise, you could grab a cheap decibel meter and measure the decibels of the music yourself. If it shows more than ~85 decibels, you can consider it harmful.

Can Dogs Block out Certain Sounds? 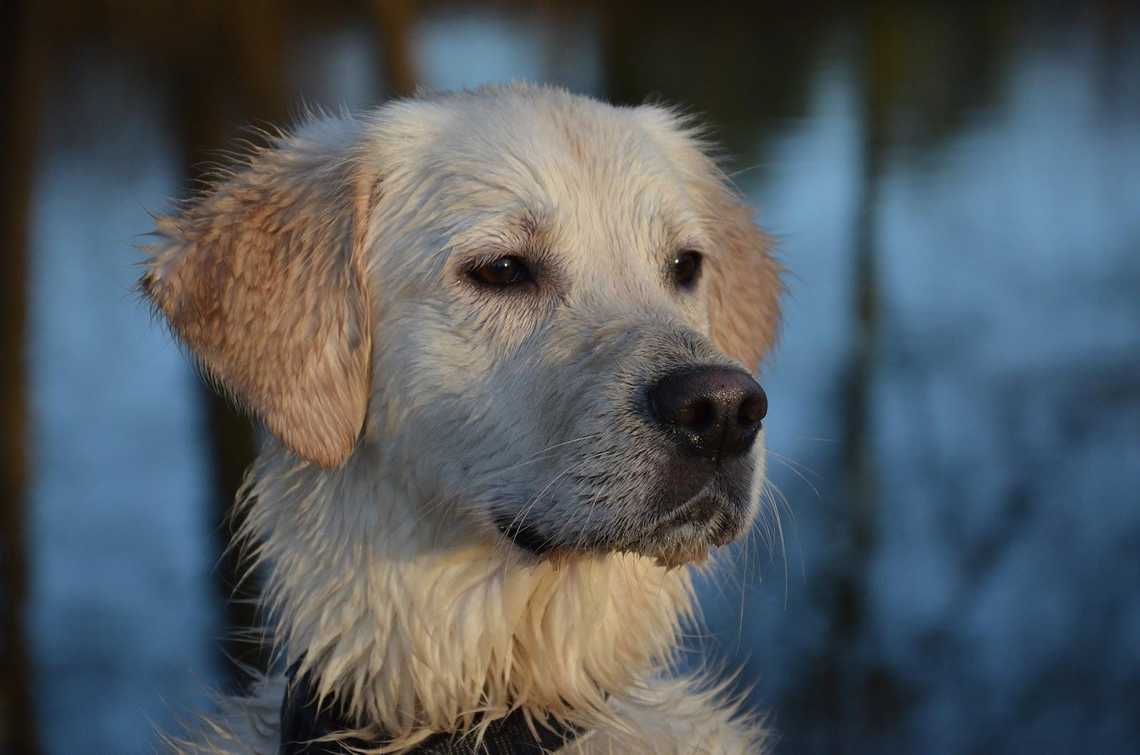 Well, you may also have noticed your dog can ignore seemingly loud sounds altogether at times. The reason for this is certain.

Dogs can block out certain sounds.

Your pup’s roots as a pack animal explain their ability to isolate sounds. This enabled them to effectively hunt and capture their prey. As a result, your dog is highly attuned to noises like wrestling leaves, pitter-pattering of rain, and the twists of a critter scurrying around.

How exactly do they do this?

Dog’s ears seem to be anatomically created for greatness. Because a dog’s ears are on top of their head, they can hear sounds right in front of them very well.

Due to the 18 muscles in their pinna, they can also swivel their ears to figure out where a sound is coming from. They can also listen with each ear independently, a skill humans do not have.

Your pup is also capable of turning off their inner ear to focus on hearing only the specific sound they want to hear.

But not all dogs can do these things as easily as others. For example, dogs with floppy ears have a harder time hearing since part of their ear canal is blocked. Dogs with furrier ear canals can also be at a disadvantage as they can be more prone to ear infections, resulting in hearing loss.

It can be easy to think our pups are just like us. In a lot of ways, they are! We both experience anxiety, love, pain, and fear.

But we’re also so different.

Your dog’s ears were created to allow them to isolate sounds and hear things that we, as humans, simply cannot hear. Humans can literally not experience the high-pitch sounds and softer noises that dogs can.

Knowing this, it makes sense that sounds or music that are fine for you may be too intense for your dog. And thankfully, there are ways to ensure they are comfortable and their delicate ears are protected.

At the end of the day, it’s our many similarities along with our intrinsic differences that make life with our furry friends so amazing!