Suspect Your Dog Is Part Wolf? Here’s How You Can Tell

By Aviram K.
Published in Dog Ownership & Care
August 17, 2021
7 min read
✏️ This article has been reviewed in accordance with our editorial policy.
🏥 The information in this article is not a substitute for professional help.
🔗 This article contains affiliate links. We may earn commission when you buy through them.

Wolves have long since intrigued humans, from their wild ways to their intense beauty. With dogs having originated from wolves initially, some dogs actually tend to look more wolf-like than others.

It might cross one’s mind that their pup could possibly have recent wolf blood re-introduced! So how do you know if your dog is part wolf?

Dogs who are part wolf tend to have wolf-like physical traits such as larger and lankier body structure, low-hanging tail, and almond-shaped yellowish eyes. They may also have a wolf-like communication style and are likely to be born between March and May. However, a DNA test is the only sure way to know.

In this article, I will explore the truth about wolfdogs and how to determine if you have a wild one in your home.

Table of Contents
01
Can a Dog Be Part Wolf?
02
How to Know If Your Dog Is Part Wolf
03
Is It Illegal to Have a Half Wolf Dog?
04
What Dog Breed Has the Most Wolf DNA?

Can a Dog Be Part Wolf? 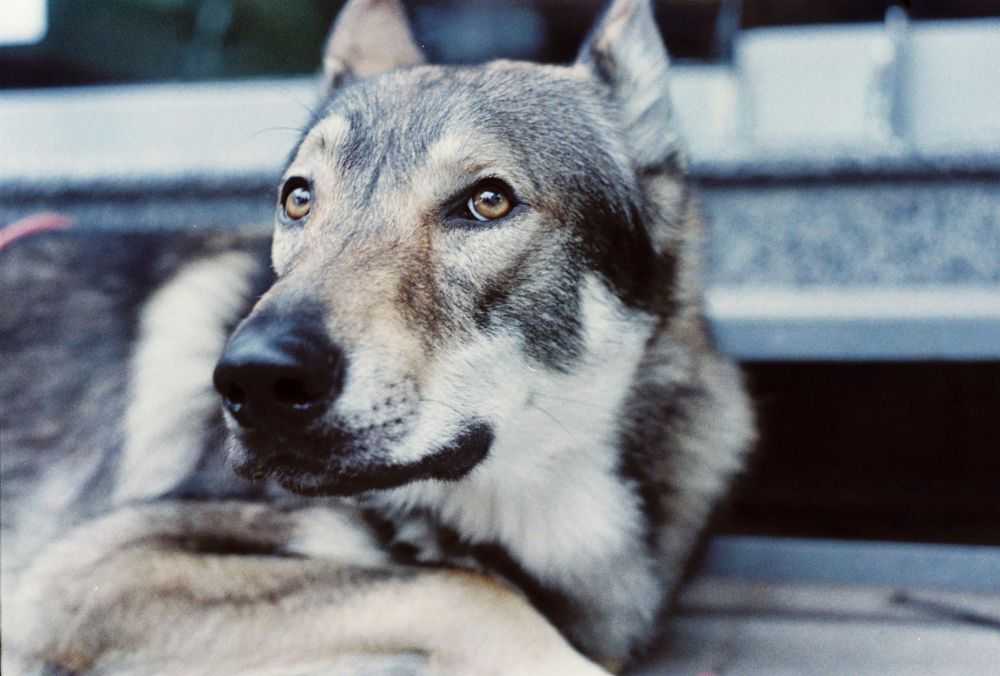 Because wolves and dogs share similar DNA, a dog can be part wolf.

Contrary to popular belief, dogs with wolf DNA are not actually hybrids because a hybrid would require two distinct species to mate and produce sterile offspring (such as a mule, which is a donkey and a horse hybrid). Dogs and wolves are not distinct species - they are actually the same species!

Because the offspring are not sterile, the correct terminology for a dog with wolf DNA is a wolfdog. Wolfdogs have become a legitimate breed in recent years because of enthusiasts who breed them purposefully.

Wolf to dog breeding happens both purposefully and on accident. Both lead to the same result!

In Europe and some parts of North America, wolves have been known to breed with feral dogs resulting in naturally produced wolfdogs. As a matter of fact, the color black in a wild wolf is determined to result from wolf-to-dog mating many years back (as biologists have determined that melanistic coats are a domestic dog trait). However, black wolfdogs have mated back with wild wolves so much that they’ve reverted back to being actual wolves and not wolfdogs.

Regarding intentional breeding, countries such as Russia re-introduced wolf DNA to their military and police dogs to help improve certain traits of the domestic dog. These improvements include health, physical build, and more prey-driven tendencies. In addition, some other European countries created entire dog breeds based on the mixing of wolf DNA, such as Czechoslovakian Wolfdogs and Saarloos Wolfhonds (which we will talk more about later).

In the United States, private owner enthusiasts of wolves and wolfdogs breed these animals purposefully for pet ownership. This originally started as breeding for zoos and educational facilities so that these organizations can have effective ambassadors educating the public on wolves.

Pure wolves make terrible ambassadors as they tend to be shy and timid, so mixing some dog into the DNA helped create an animal that looks like a wolf but acts more like a dog (allowing the public to interact with them and begin to care about preserving their wild counterparts).

This then led to individuals finding that the companionship and unique care requirements of wolfdogs strike their fancy. Hence, breeders began selling to private owners. 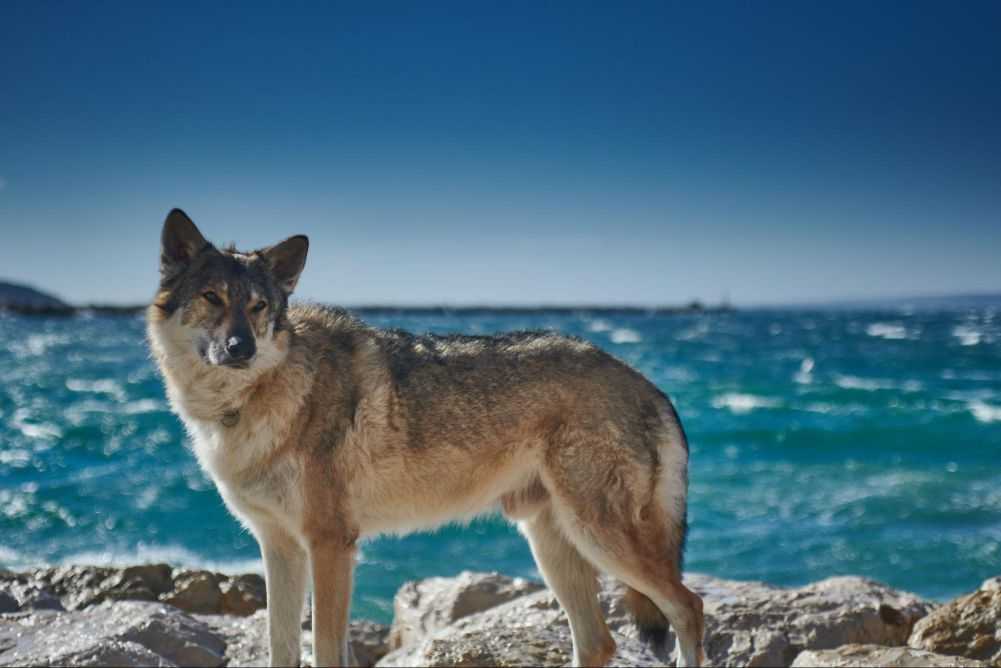 Officially, wolfdogs are categorized based on the amount of wolf they have in their DNA, called wolf content. The amount of wolf in their bloodline can help determine proper care for these animals, as this changes depending on whether more dog traits are present or wilder traits present.

Wolf content is divided into three categories, with one having two subcategories:

How to Know If Your Dog Is Part Wolf

If you suspect that your dog might have some wolf in them, there are two key ways to figure out the truth of their ancestry.

The first is phenotyping, which was the tried and true method for many years. The second is with an accurate DNA test, which has quickly overtaken phenotyping as a precise way to determine wolf in your dog.

Phenotyping is the science of observing physical traits and behavioral characteristics in determining what a living organism is.

Specialists in the field can properly identify if a dog has wolf DNA by being very attentive to several key traits in a dog, some of which have nothing to do with what the general public traditionally associates as “wolf features”.

Contrary to popular belief, most of the general public does not actually know what a true wolf looks or acts like. As such, many people confuse Northern dog breed and Spitz breed traits as being wolf traits, such as pointed ears and a longer snout.

In addition, Timidness, dog aggression, intelligence, and howling are also commonly seen as wolf traits by the general public but are, in fact, inconclusive as domestic dog breeds possess these traits naturally.

Phenotyping looks for very specific traits to determine if a dog may be part wolf. The dog doesn’t need to possess all of these, but having any one of them can be an indicator. These traits include, but are not limited to, the following: 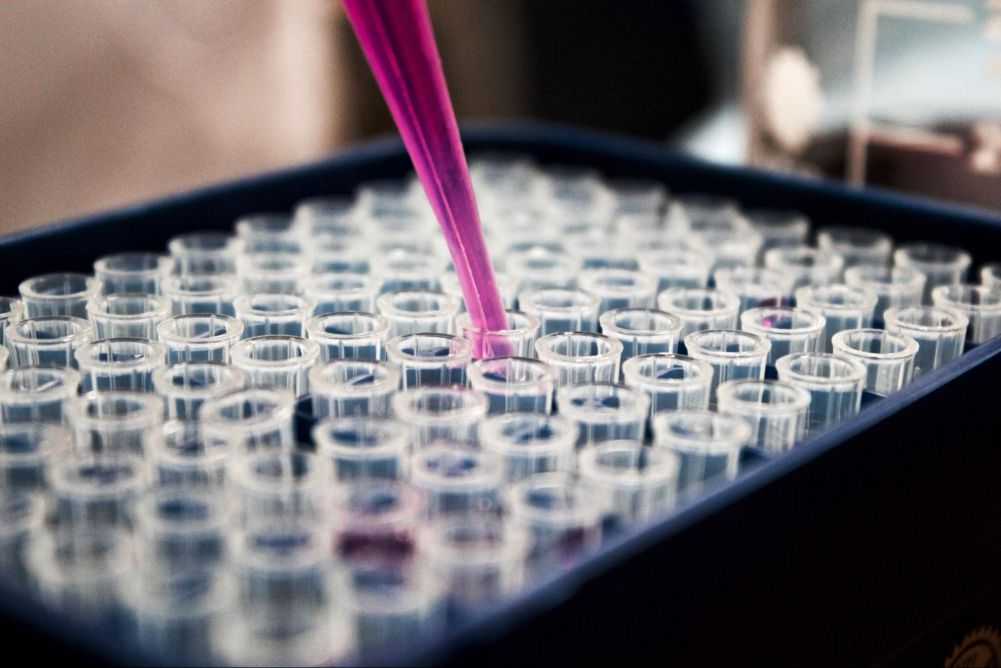 However, the only official method of determining if your dog has part wolf is via a DNA test.

To this date, Embark is the only DNA test on the market that has accurately determined wolf DNA in domestic dogs (as tested against known wolfdog breeders with their detailed lineages).

This is because of all the dog breed DNA tests out there, Embark analyzes the most genetic markers, helping their results be between 95% and 99% accurate. They also have true wolf DNA in their labs and other wild canines, such as coyotes and village dogs.

If you think your dog has wolf in them, ordering an Embark DNA test is the only factual way to tell.

Is It Illegal to Have a Half Wolf Dog?

As to whether it is illegal to own a wolfdog, that really depends on where you live.

Regarding the United States, some states are fully legal with no restriction. In contrast, other states are entirely illegal without a zoological permit from the USDA (United States Department of Agriculture).

Before acquiring a wolfdog, be sure to check your state law and then your city ordinance. Some states are fully legal as a whole. Still, specific cities make owning wolfdogs illegal (for example, the state of Nevada allows wolfdogs without restriction except for the city of Las Vegas, in which they are completely illegal).

States like Alaska are illegal as a whole, even if there is only 1% of wolf DNA in there!

It’s best to refer to the Hybrid Law reference website to see where wolfdogs are legal to keep.

The Dangers of Misrepresentation

Think your dog is part wolf? You better be absolutely sure before spewing that to the world. Misrepresenting your domestic dog can cause a lot of havoc, including your dog’s untimely death (sorry, I can’t sugarcoat this).

If you claim your dog as being part wolf when it isn’t, you risk the dog being seized by Animal Control and euthanized. This is because the mandatory rabies vaccine has not been legally approved for wolfdogs. As such, if your pup bites or threatens someone, they will be euthanized immediately to test for rabies.

As well, if you live in an illegal state, your animal will be confiscated and either euthanized or placed on “sanctuary only” hold and only able to be released to a licensed wolfdog sanctuary. With sanctuaries being overloaded already, your dog will likely be euthanized to make space.

Yes, that is the grim truth.

What Dog Breed Has the Most Wolf DNA? 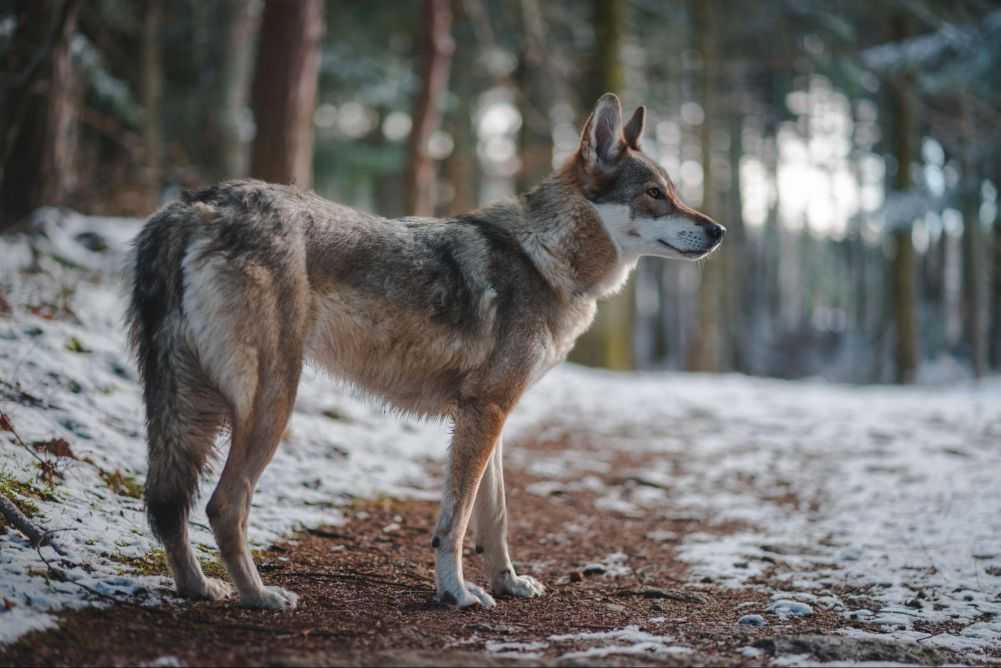 According to both Embark and the breed’s origin itself, domestic dog breeds have true identifiable wolf content in their DNA. Two such breeds I mentioned above are the Czechoslovakian Wolfdog and Saarloos Wolfhond, all of which Embark as low content wolfdogs.

Many years of domestic breeding of wolfdog to wolfdog has created these legitimate dog breeds, recognized by the official kennel clubs in the world (such as the AKC or American Kennel Club). Their behavior may be more primitive than most domestic dogs. Still, they are so far removed from a pure wolf that these are truly domesticated animals.

Regarding genetic markers of ancient wolf DNA (rather than something recently introduced), small Eastern dog breeds such as the Shih Tzu came on top as having the most related markers. This is because, in the process of developing these breeds, such as the Shih Tzu, the Eastern dogs went through the least amount of genetic changes - effectively preserving their ancient DNA.

The Shih Tzu is one of the oldest dog breeds we have left, so they would be the closest related to the first domestic dog with the most wolf DNA.