Crate Training: Best (& Worst) Things to Put in the Crate at Night

By Aviram K.
Published in Dog Ownership & Care
Updated at June 8, 2022
4 min read
✏️ This article has been reviewed in accordance with our editorial policy.
🏥 The information in this article is not a substitute for professional help.
🔗 This article contains affiliate links. We may earn commission when you buy through them.

Crate training has so many different techniques that differ between the daytime and the nighttime. Whereas you want to keep your dog occupied with various activities in their crate during the day, you may sometimes need to do the opposite at night to promote sleepy time!

As such, there are some dos and don’ts that will change.

Generally, you don’t need to put anything into your dog’s crate at night. However, bedding and blankets, soothing toys, pheromone diffusers, and a fan can help your puppy sleep and be calmer. Also, avoid putting stimulating toys, water and food, bones and edible chews, and collars into the crate at night.

In this article, I will be explaining what you should and shouldn’t put into your dog’s crate at night to offer you (and your pup) a great night’s sleep as quickly as possible.

Do You Even Need to Put Things in the Dog Crate at Night? 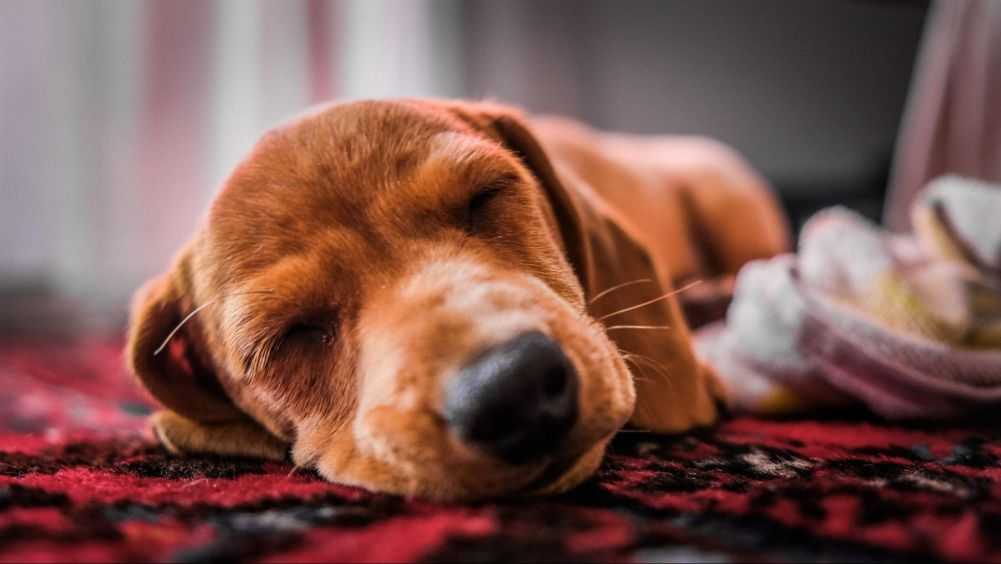 Generally speaking, you don’t need to put anything into your dog’s crate at night.

The purpose of crate training in the evening and nighttime is to promote healthy sleeping habits in your pup. Unfortunately, putting too much into the crate could be a detriment to this.

Like a small child being taught a sleep routine, you don’t want your puppy to be overstimulated with toys and other such objects when they’re supposed to relax and get tired.

That being said, sometimes there are items you can put into the crate to help promote the need to drift into dreamland, and it can help a puppy transition into this phase of their routine.

It can be possible to eventually wean your puppy off of some of the sleeping tools as well, so eventually, your dog will simply enter the sleep realm without much need for any tools.

Best Things to Put in the Crate at Night

You can put a few things in your dog’s crate at night to help promote calming and relaxation.

Keeping your pup soft, cozy, and warm is a top-notch tool to use to get your puppy comfortable with their crate and encourage them to sleep!

Think of it this way, you probably wouldn’t sleep too well on a hard floor with no blanket, would you? Although sleeping in a crate with nothing in it does bode well for some dogs, it won’t work for all.

For starters, larger breeds such as Great Danes actually do a lot better with bedding in their crate because of their size and weight. There can be health issues associated with a large dog sleeping on hard surfaces without cushioning, such as joint damage. This happens because dog bones at the joints have less muscle and mass to protect them from the hard ground.

That being said, if your puppy is chewing on the bedding or blankets, this can become dangerous (so supervision can be necessary).

Look into remedying this behavior in the daytime by offering your puppy chew toys, giving plenty of physical and mental exercise, and praising non-chewing behavior. You can use a chewing deterrent spray in moderation if all else fails.

For puppies that are just learning about their new life in your home, a soothing toy can be a good idea for those first few months.

Your puppy had to leave behind their siblings and their mom by becoming a part of your family, so this transition can be pretty scary and unnerving. This can become an even more prevalent issue at night when your dog’s exhausted emotions become even more anxious and feel needy.

A soothing toy such as the Snuggle Puppy Heartbeat Stuffed Toy can be the solution you’ve been looking for. This toy has an internal heartbeat and heater to imitate a living animal, such as your puppy’s sibling or mother. This warmth naturally promotes calm, comfort, and sleepiness, easing your puppy into a quiet night.

However, some dogs do nervous chew on toys such as this, so be attentive to ensure your dog isn’t doing that.

Similar to a soothing toy, a pheromone diffuser is also supposed to encourage your puppy’s body to want to sleep at night.

Diffusers such as the ADAPTIL Dog Calming Pheromone Diffuser work by releasing synthetic versions of the same exact pheromone that a mother dog would release when nursing your puppy, which plays on your puppy’s biological response. Their body will naturally relax and become tired because that’s what the entire first few weeks of their life were conditioned to do.

Granted, this can become a dependence, so it will need some weaning over time. But to start off with, not a bad choice!

Avoid Putting These Things in The Crate at Night 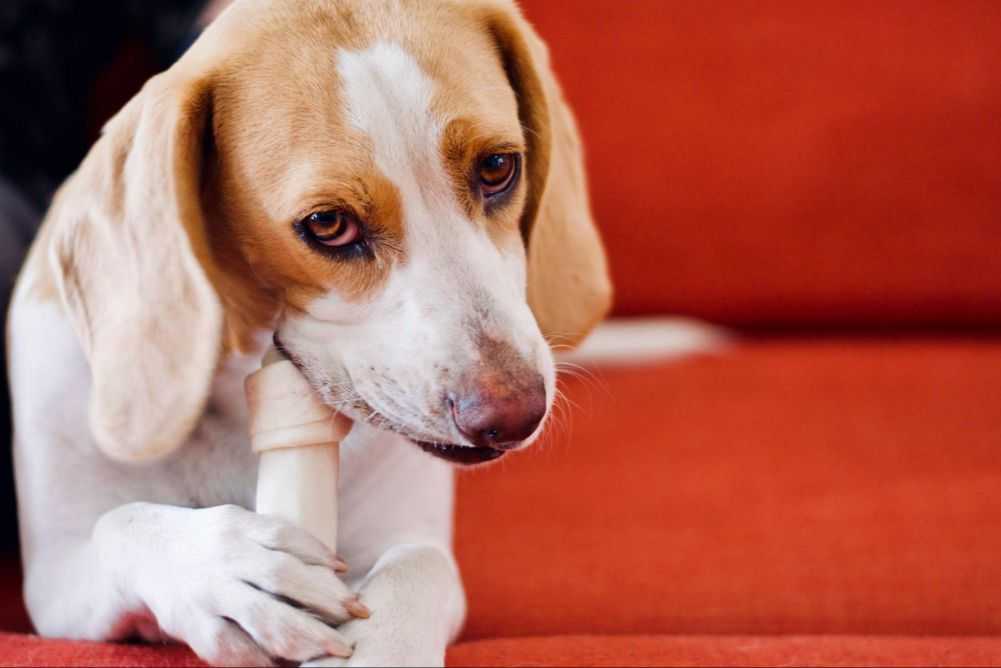 Some of the things you can put in the crate during the daytime aren’t a good idea at night, so here is a list of the items you should definitely not have in there once the sky goes dark.

Water (Unless Medically Necessary) and Food

It may seem counterintuitive to remove water and food from a dog’s crate at night. Still, there are many reasons to do so (especially since your dog should have full access to water and food during the daytime!).

For starters, encouraging a dog to drink water through the night can quickly lead to potty accidents or your puppy remaining awake and uncomfortable because they need to go to the bathroom.

It’s best to offer food and water on a schedule routine that coincides with potty time so your puppy is already full and hydrated (but also emptied bladder-wise) so they can sleep comfortably.

Next, puppies can toss and turn in their sleep and subsequently knock the water bowl over, wetting the bedding and making sleep even more uncomfortable. Sleeping in wet bedding can also cause various skin infections, such as yeast.

However, if your dog suffers from a medical reason that requires water in the crate at night, look at non-spill bowls or those that attach to the crate door. Also, keep just enough water in there that your dog will need and not more than that.

As much as crate toys are awesome during the daytime, they have a contradictory effect at night.

Toys naturally promote stimulation and excitement in a dog, which is not what you want at night. Much like us, too much stimulation prevents our bodies and minds from being able to relax and rest, so sleep becomes much harder to come by.

The best thing for your dog is to offer mental stimulation, physical stimulation, and toys during the daytime so that they are all tired out by the time you should all be going off to sleep!

Equally, there is a risk factor to leaving toys in the crate for your dog to play with at night, which has to do with your inability to monitor toy play and usage while you sleep.

It’s highly encouraged not to leave bones and edible chews in the crate when you can’t supervise your dog, as this poses a massive choking risk.