By Aviram K.
Published in Dog Ownership & Care
October 24, 2021
5 min read
✏️ This article has been reviewed in accordance with our editorial policy.
🏥 The information in this article is not a substitute for professional help.

Dog ownership is full of fun, from playing fetch with your furry friend to enjoying an evening cuddle on the couch.

But some parts of ownership are less pleasant, such as cleaning up your dog’s poop!

You might be wondering if you could, potentially, avoid the cleaning part and just let the outdoors take its course (you hardly use the yard anyway, right?). The answer might surprise you.

Dog poop is biodegradable and takes approximately 9 weeks to decompose. Still, it is not recommended to leave dog poop lying around because it can be a source of harmful bacteria and can attract parasites and critters. It also doesn’t make good fertilizer, and it does not dissolve in the rain.

In this article, we will get down and dirty into all the nitty-gritty about dog poop - everything you need to know but don’t want to ask, dispelling common myths left and right!

Table of Contents
01
How Long Does It Take for Dog Poop to Decompose?
02
Is It Bad to Leave Dog Poop in the Yard?
03
Does Dog Poop Make Good Fertilizer?
04
Does Dog Poop Dissolve in Rain?
05
What Bin Should You Put Dog Poop In?

How Long Does It Take for Dog Poop to Decompose? 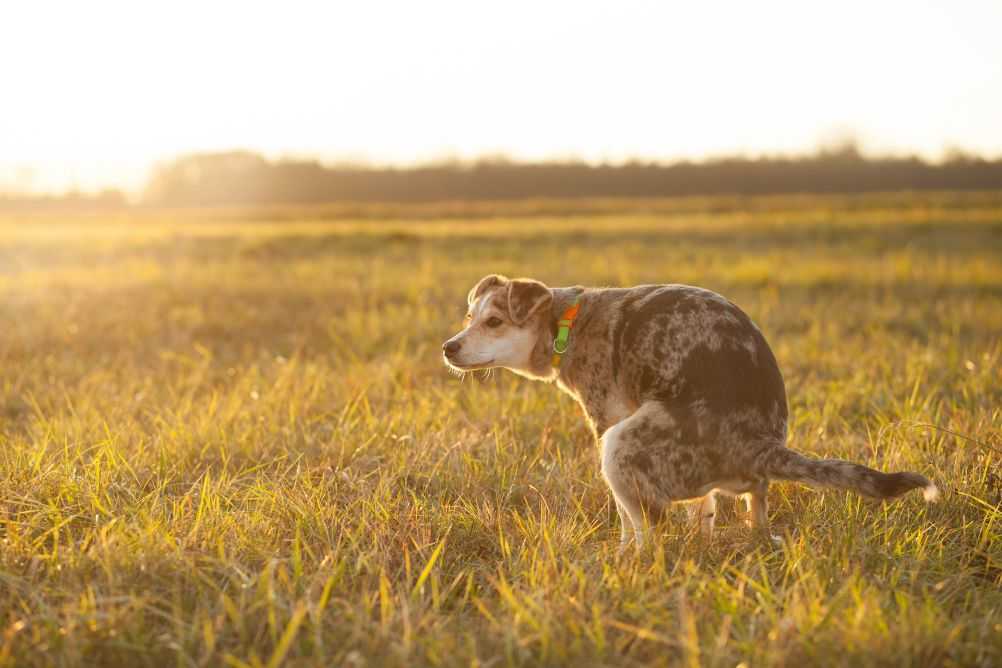 Dog poop does not decompose as quickly as you would expect. It takes approximately nine weeks, and even then, it may not be entirely gone just because you cannot see it. Dog poop decomposition goes through a few stages in its nine-week duration:

So, although you can technically leave poop to nature’s course in the yard and see only patches after nine weeks, you really shouldn’t. Below we will talk about why.

Is It Bad to Leave Dog Poop in the Yard?

Believe it or not, you really don’t want to be a lazy owner in this regard. Unfortunately, leaving dog poop unpicked can actually be hazardous to your health and the health of those that visit your home.

Dog poop can grow mold. Although many of these molds won’t kill you, they can make you ill or become a breeding ground for something much worse.

Secondly, poop holds a lot of bacteria (yes, even human poop is dangerous if left unattended, although we tend to not have that issue as a species). Just one gram of dog poop can contain 23 million fecal bacteria! These bacteria can range from causing minor illnesses in humans to causing certain death in dogs, such as the terrifying parvovirus.

Parvovirus is often a death sentence for puppies who cannot be vaccinated for it. Even then, the vaccine is not a guarantee. Parvovirus is picked up from the fecal matter of other dogs.

Dog poop can also carry bacteria such as E. coli, salmonella, and Campylobacteriosis, all of which can potentially be life-threatening to humans.

Third, poop is a grand breeding ground for parasites and other nasties. Even if your dog does not exhibit any symptoms of a parasitic infection, they could still be carrying these nuisance critters in their poop. Parasites are pretty contagious and can turn into a big problem fast.

Fourth, if you live in an area with wild animals, you may be attracting them to your home because of the dog poop.

Predators such as coyotes can be given information that a small dog lives on the premises by leaving poop, therefore increasing the risk of your small pup being hunted by a coyote, for example.

The worst part? Even if you think the poop is contained to that one little patch where your dog squatted, it likely isn’t.

Fecal matter can get on your dog’s paws, be transferred with the breeze, or even launched with a lawnmower. It spreads further and further, eventually ending up in your house.

Knowing and understanding the above explains that pick-up laws exist for everyone’s safety and not just aesthetic reasons - so be sure to pick up after your dog everywhere, not just at home. 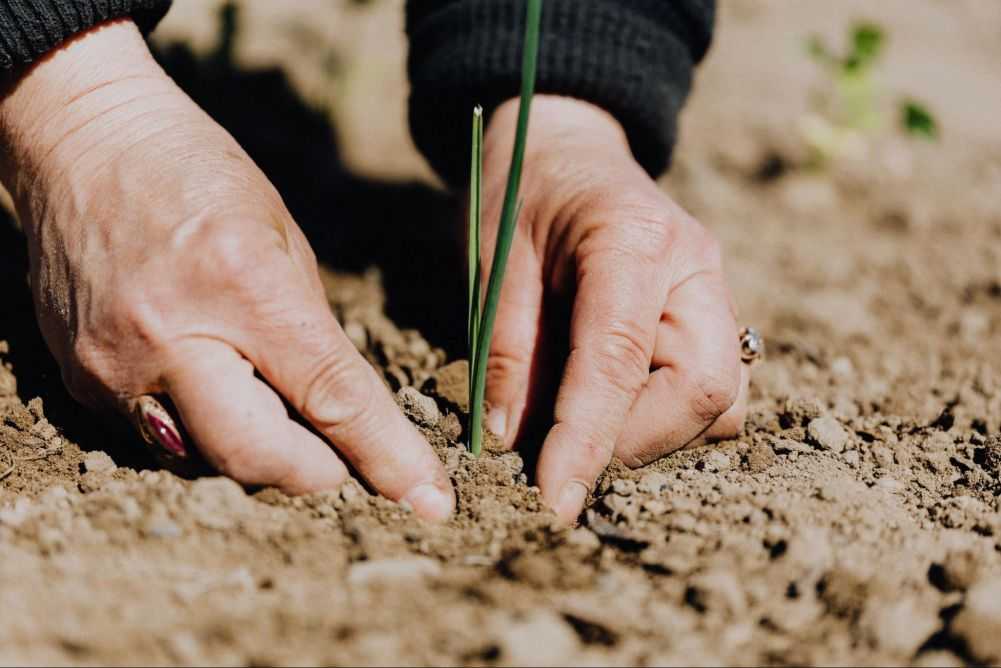 For the layman person, you might think that any ol’ poop works as a great fertilizer. I mean, they use cow and horse manure all the time? But the truth is, dog poop makes terrible fertilizer… and it has to do with what dogs eat.

Cows, horses, and other such farm animals feed predominantly on grains, grass, and plant life. This makes excellent fertilizer due to the nutrients from these food sources being beneficial to, well, grow more of those food sources.

Canines are carnivores with a predominantly animal protein diet. When protein breaks down, it becomes very acidic, making for a terrible plant fertilizer as plants die from acidity.

If your dog has a healthy gut and healthy digestive system, then the dog’s body is absorbing all the healthy nutrients, and the poop leaves nothing but acidic waste.

As well, that same bacteria we talked about above is definitely not good for your garden. It will go into your plants! Add in the potential parasites it can hold, and you’ve got an unhealthy mess on your hands.

Dog poop can’t even be safely composted due to the bacteria and parasites, so you really want to just stick with the good manure, you know!

Does Dog Poop Dissolve in Rain?

Contrary to what popular belief may tell you, dog poop does not dissolve in the rain. Instead, it simply moves to a new location.

Dog poop becomes more slick and maneuverable once hit with water, which doesn’t decompose or dissolve it… it just breaks it down into smaller pieces. These smaller pieces then move with the waterflow, ending up in your water systems. Not fun!

What Bin Should You Put Dog Poop In? 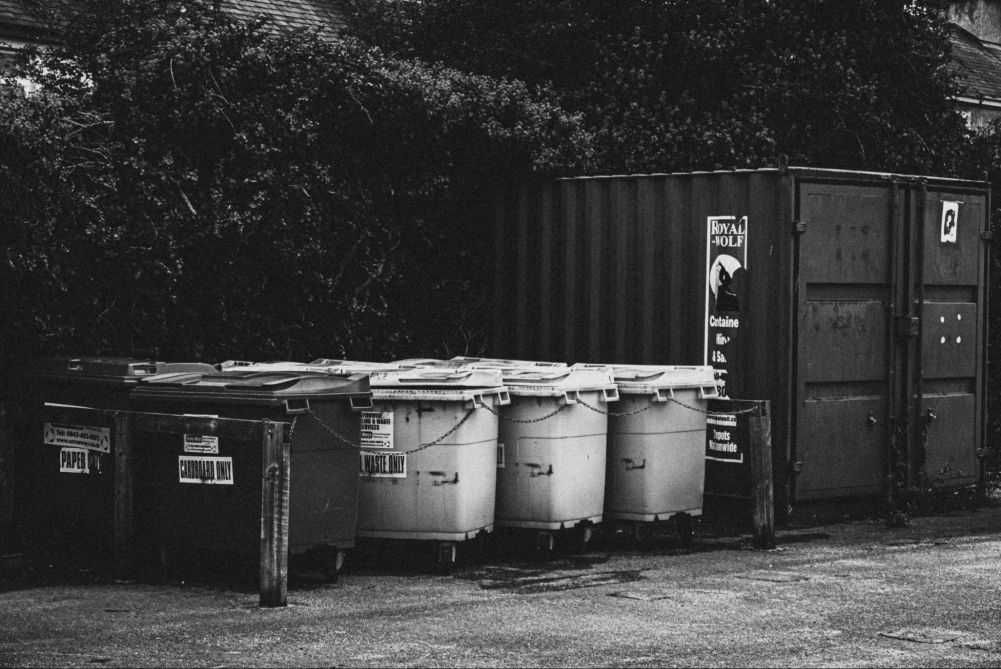 Dog poop should be (after being bagged) put into the black trash bin.

Many people assume that dog poop can go in the green bin with all other organic material. But, due to the bacteria that forms in the poop paired with the plastic bags - poop cannot be placed in this bin.

You see, the green bin is for food scraps from fruits, veggies, or grains. It is also for your backyard or front yard mess such as grass, leaves, flowers, weeds, tree branches, and wood. If it’s organic and it comes from the earth, it belongs in the green bin.

If dog poop is thrown in the green bin, that bacteria will contaminate all of the earthly waste in there. As such, the entire green bin continents will need to be thrown into a landfill instead of reutilized for something more positive. Such a shame!