Feeding Your Dog Once a Day: Is It Cruel?

By Aviram K.
Published in Dog Ownership & Care
August 10, 2022
5 min read
✏️ This article has been reviewed in accordance with our editorial policy.
🏥 The information in this article is not a substitute for professional help.

When it comes to feeding dogs, the advice is bountiful, endless, and often confusing.

So when you might hear a suggestion of feeding your dog once a day, it might immediately come off as cruel. Turns out, once-a-day meals might actually have more health benefits than you originally thought.

Feeding your dog once a day is not cruel and might benefit them. For dogs that thrive on this diet, the signs of aging can be reversed, gastric upset can be remedied, and some dogs won’t be forced to overeat. On the contrary, single feeding can cause medical issues in dogs that need more food, the food can be disproportionate, and an unhealthy relationship with food can form.

In this article, I will explore the positives and negatives of feeding your dog only once a day, so you can make an informed decision for your furry best friend.

Is It Cruel to Feed Your Dog Once a Day? 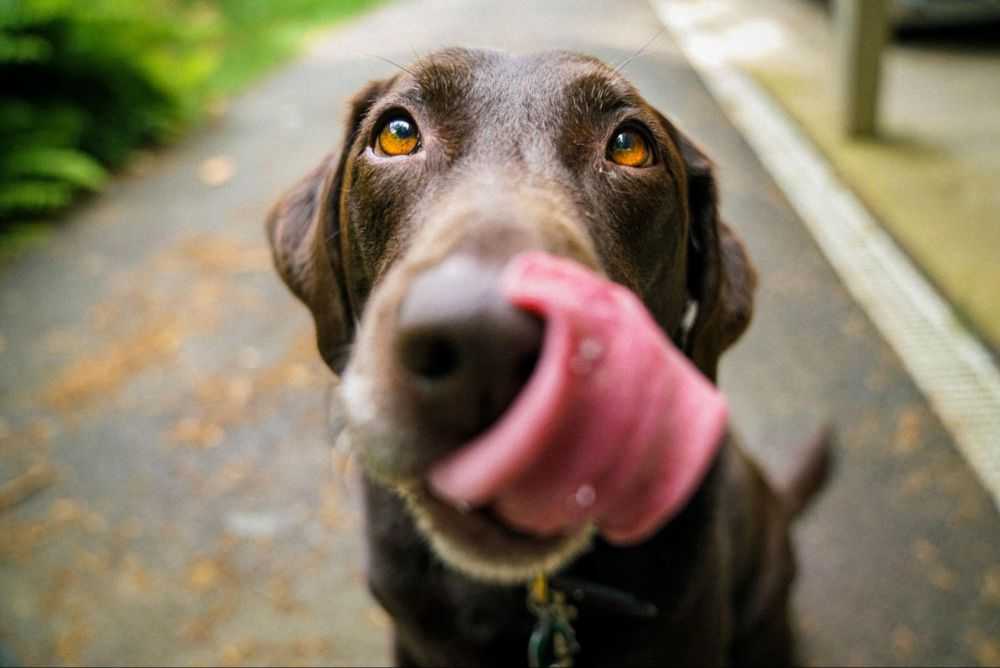 Traditionally, adult dogs are fed twice a day: once in the morning and once in the evening. If you’re someone who free-feeds, it could even be more frequent than that. With this being the societal norm, it likely sounds like you are starving the poor dog if only one meal is fed daily.

Turns out, it’s actually not cruel at all.

The belief that one meal a day is starvation often comes from us naturally paralleling our life and behavior to that of our dog.

A person only eating once a day is usually seen as having some type of eating disorder, but animals don’t function the same way. A dog’s digestive track and nutritional needs differ tremendously from a human’s, which is why they can’t eat the same way as us!

As such, some dogs (dependent upon breed, age, and overall health) are actually very happy, only eating once a day. This is especially common in more primitive breeds, such as the rare African Azawakh and Yakutian Laika.

Feeding once a day is known as a form of intermittent fasting, which is what a dog’s wild ancestry (wolves and primitive canids) would experience in the wild.

Other breeds that are quite far removed from wild ancestors may not be so inclined, such as the Golden Retriever or the Great Dane. Still, the general consensus states that your dog’s eating preference is not cruel - whatever it may be.

Pros of Feeding Your Dog Once a Day 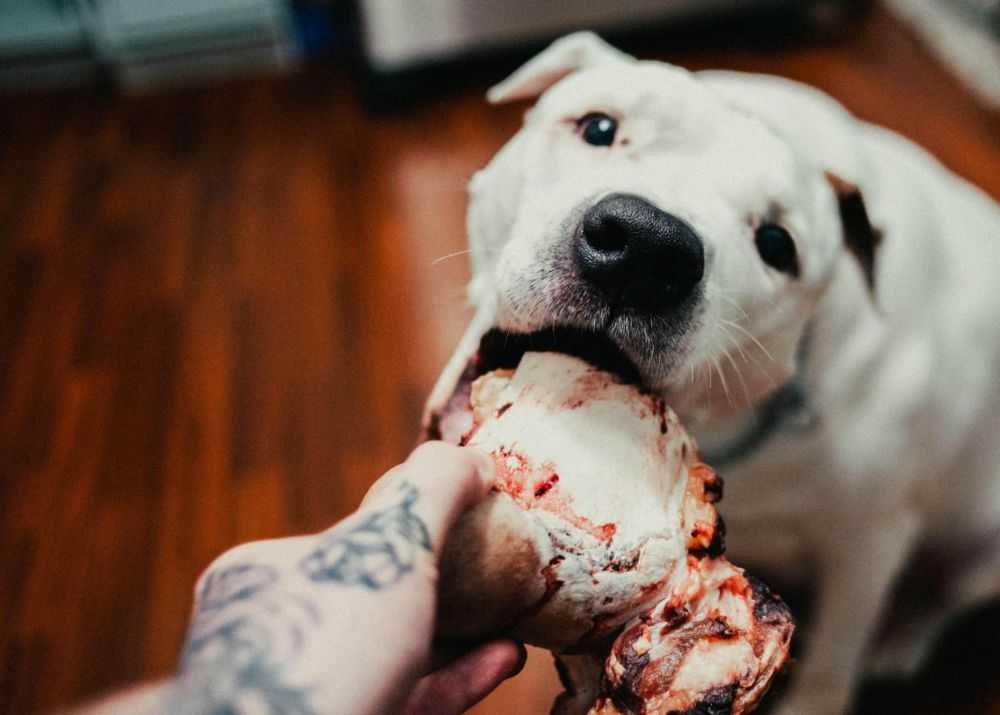 According to a recent scientific study that was released in 2021, feeding your dog once a day does actually have health benefits. 47,000 dogs were studied, and the results were rather fascinating.

The study showed that the signs of aging could be reversed, which meant that the heart continued to beat in the correct rhythm, the teeth were in good condition, and the cognitive ability was maintained well. The decline of various bodily functions slowed significantly. The dog’s memory and spatial awareness were very much improved in older canines.

As the study states, “After controlling for age, sex and breed, the team found dogs that were only fed once per day, rather than multiple times, appeared to have lower scores of cognitive dysfunction, equivalent to the difference between a 7-year-old and 11-year-old dog. They were also less likely to have a range of health problems, including gastrointestinal, dental, bone, kidney, and liver disorders.”

Another benefit is digestive health - intermittent fasting helps reset the body’s system and gives the digestive tract a bit of a break to reset. This also applied to humans, probably one of the only real comparables there. It can be a decent way to resolve types of gastric upset.

Some dogs don’t need a lot of food - and owners will often pressure their dogs to eat more than they want or need to. For the dogs that prefer lighter meals, a single meal per day can work a lot better than forcing them to eat more than once. The pressure surrounding food can be detrimental to their mental health.

On a practical note, some may state that single feeding is easier on a working person’s schedule (although a dog’s diet should not depend on this!).

Cons of Feeding Your Dog Once a Day 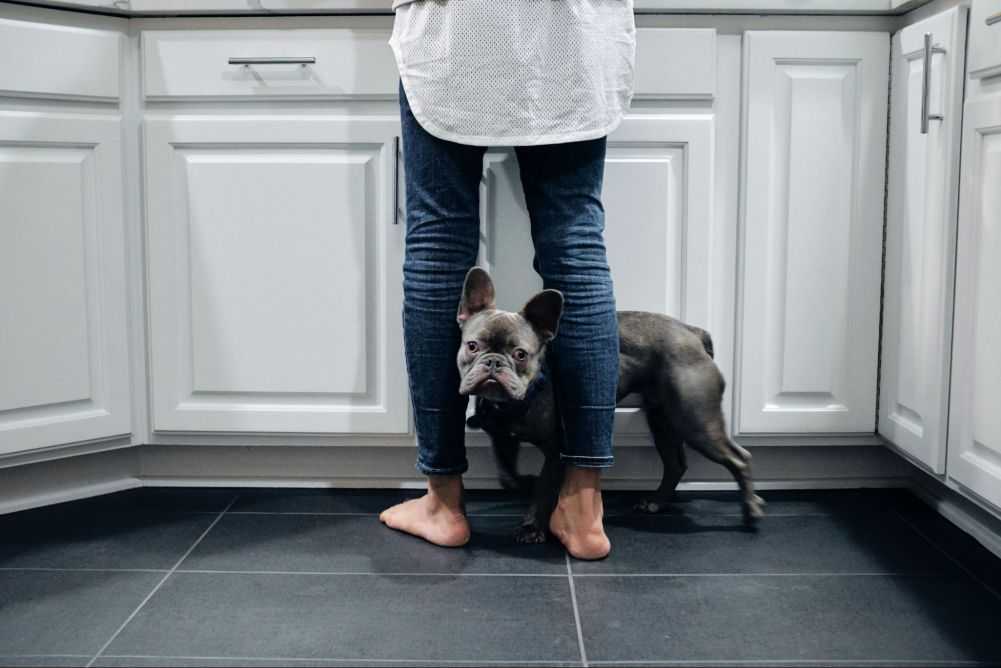 Keep in mind that not all dogs can thrive on one meal a day. Many factors are involved in whether or not single feedings are a successful diet plan for your pup.

Some dogs can actually get ill from once-a-day feeding.

This is because a dog that needs a larger calorie count tends to thrive better on multiple meals per day than just one very large meal. Dogs can begin to vomit, have blood pressure drops, and be very lethargic. This also applies to very active dogs who need to eat frequently to maintain their body type.

Feeding a dog once a day is also not a feasible option for certain medical conditions, such as dogs with diabetes.

There is also a con of human error involved in single feeding.

You have to properly calculate how much the dog needs to eat, and once-a-day feeding can (unintentionally) begin malnourishing the pup if you haven’t portioned everything correctly. It may be something that isn’t noticed at first but becomes dangerous over time.

Equally, single feeding can potentially have the same cons as scheduled feedings. Because the dog is hungry and anticipating the meal, this can cause dogs to have their own version of an eating disorder, such as gobbling down food way too quickly.

Eating too fast, as mentioned before, can cause bloat, which can be fatal. Once-a-day feeding can also lead to food aggression and resource guarding.

Transitioning Your Dog to One Meal a Day 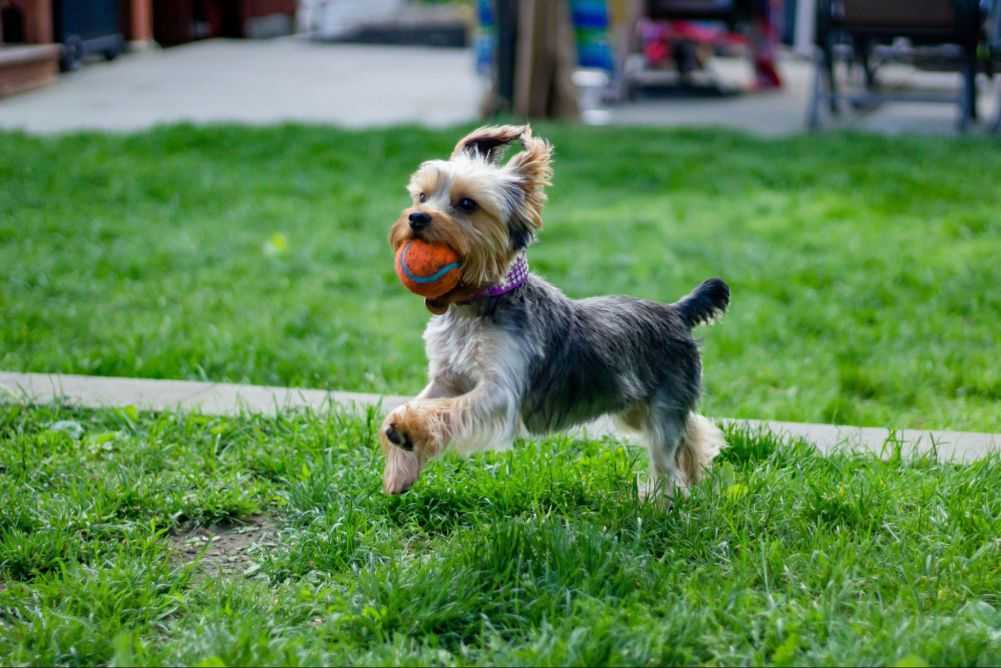 If you find that your pup would do well on a single meal a day, you have to transition gracefully (or risk causing gastric upset!).

Before making any sort of dietary changes, it is advised to consult your dog’s veterinarian or a licensed canine nutritionist, as changes in food can impact overall health. But if given the green light, this is how you make a positive transition:

Start at the Appropriate Age

For starters, you can’t do single feeding with a puppy. Puppies need much more food than adult dogs to maintain their growing bodies!

It’s why puppies are fed three times per day, and adult dogs are not. Not giving a puppy enough meals throughout the day can stifle their growth and cause medical issues later down the line.

As such, ensure your dog is an adult and fully developed before considering single feeding. Dogs reach full maturity between two and three years of age but consult your veterinarian first.

Before switching your dog to this eating style, you should have all of your ducks in a row.

As such, make sure you understand how to portion the meals correctly. Consult your local specialist on how much your dog needs to eat per day based on their breed, weight, body type, and activity level.

Once you have the portions correct, it is suggested to meal prep for the week (that just makes it easier!).

Pick a Time of Day

Next, decide when the single feeding will occur.

You can choose from morning to mid-day, to evening. The best choice really depends on what your dog is like. I would suggest picking a time based on when your dog tends to be the most active and hungry.

For some dogs, morning is the best because it sets their day off right. Midday is perfect for those who like to sleep in and take it easy. Nighttime feeding is best for others who can’t go to sleep on an empty stomach.

Be Gradual With It

Like any diet change, you can’t do it cold turkey overnight! A dog’s stomach won’t be able to handle it.

If your dog’s bowel movements are normal, your dog is not vomiting, and your dog isn’t too lethargic, then you can definitely proceed forward. Eventually, you will come to a point where your dog is used to single feeding!