Dog Refusing to Eat but Still Acting Normal? Here’s What It Means

By Aviram K.
Published in Dog Ownership & Care
August 16, 2022
5 min read
✏️ This article has been reviewed in accordance with our editorial policy.
🏥 The information in this article is not a substitute for professional help.

Because our dogs can’t speak words to us, we only have their behavior to go off of when interpreting if they’re happy, healthy, and doing well.

So if your pup is acting normal in every way except during meal time, this can be a big cause of confusion. Turns out, dogs can absolutely refuse to eat and still be fairly the same otherwise.

Certain temperatures and seasons, such as summer, can cause a dog to refuse to eat. Lower activity level, feeling overfed, being picky over food, consuming too many treats, overstimulation, stress, anxiety, medical side effects, or a routine change can all impact appetite. However, this isn’t a cause for alarm unless your dog rapidly loses weight or displays other ill symptoms.

In this article, I’m going to fill you in on the various reasons why your dog may be turning their nose up at meal time but otherwise still playing and acting the same! As well as when you should be worried… and when you can breathe easy.

Why Your Dog Won’t Eat but Still Acts Normal 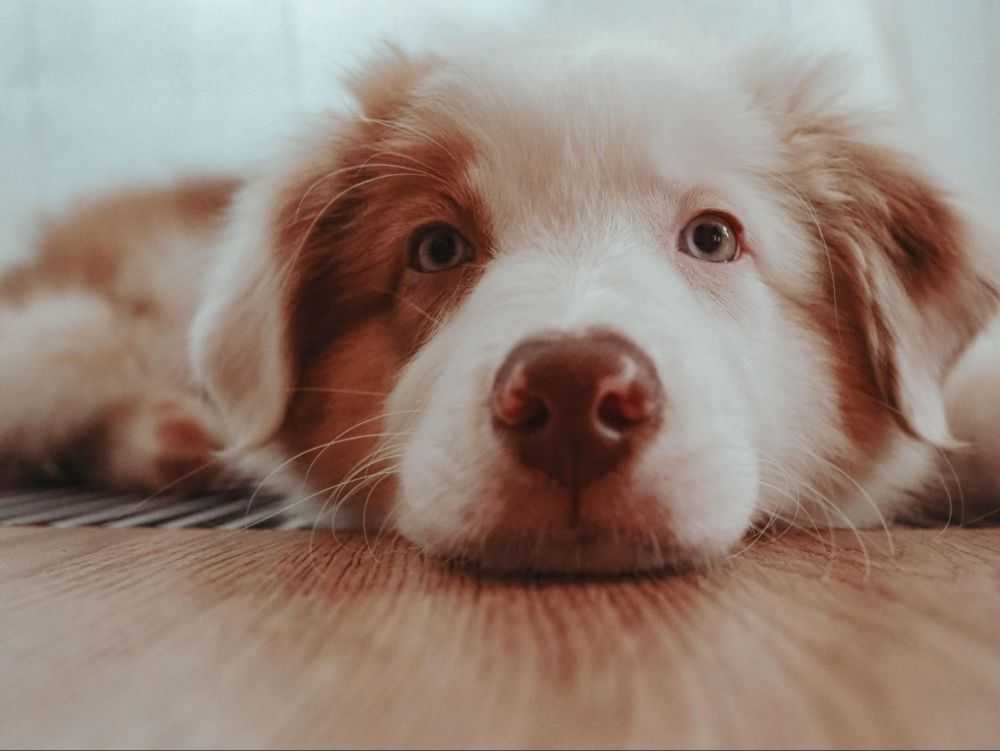 There is a long list of reasons why your dog may act normal but not want to eat!

All of these are dependent upon the circumstances surrounding when your dog has stopped wanting to eat.

Believe it or not, the weather can impact your dog’s diet. When it is rather hot, dogs tend to eat less! Eating absorbs a lot of energy and causes heat, which is what the body is really trying to avoid when temperatures rise up.

The heat and longer days may also activate certain hormones responsible for the lack of appetite in your dog.

Equally so, hotter weather can correspond with less activity, so your dog simply has less of a need for high food intake.

Intermittent fasting in the summertime is totally normal for healthy dogs.

Your Pup is Less Active

Following from the above, if your dog’s activity level has generally diminished, they’ll need less food.

A slower or lacking appetite can come from a pup who isn’t running around all day.

That’s also why dogs tend to slow down in the summer, the heat can keep them from playing outside and alter their body needs.

It can be hard to portion food for your dog correctly, especially as a first-time dog owner.

Overfeeding your pup isn’t an uncommon thing in modern society. Where some dogs don’t have any filters and will continue eating until obesity hits, other dogs can regulate their bodies much better!

For those that can regulate, you may notice a lack of appetite due to your dog feeling overfed.

Fasting can be a way for them to regulate their weight and digestive system.

Being Picky About the Food

Certain breeds, such as the Shiba Inu, are known for being rather cat-like. What many stereotypically associate cats with is food pickiness. Unfortunately, dogs that exhibit many feline relatable characteristics also tend to be finicky over their food!

Your pup may not be eating but acting normal because they are stubbornly protesting the food. Even if it’s a food they once liked, they may not like it as much anymore.

The hold-out is most likely in hopes of receiving something better to eat.

The best of us tend to be guilty of trying to indulge our pets and make them as happy as can be. There isn’t anything fundamentally wrong with this, but the treats’ timing could impact your dog’s appetite.

Offering too many treats or offering treats before meal time can spoil their appetite, much like you would if you ate candy before supper.

You can’t really blame them for not wanting to eat the food because it will then seem pretty flat and unappealing. 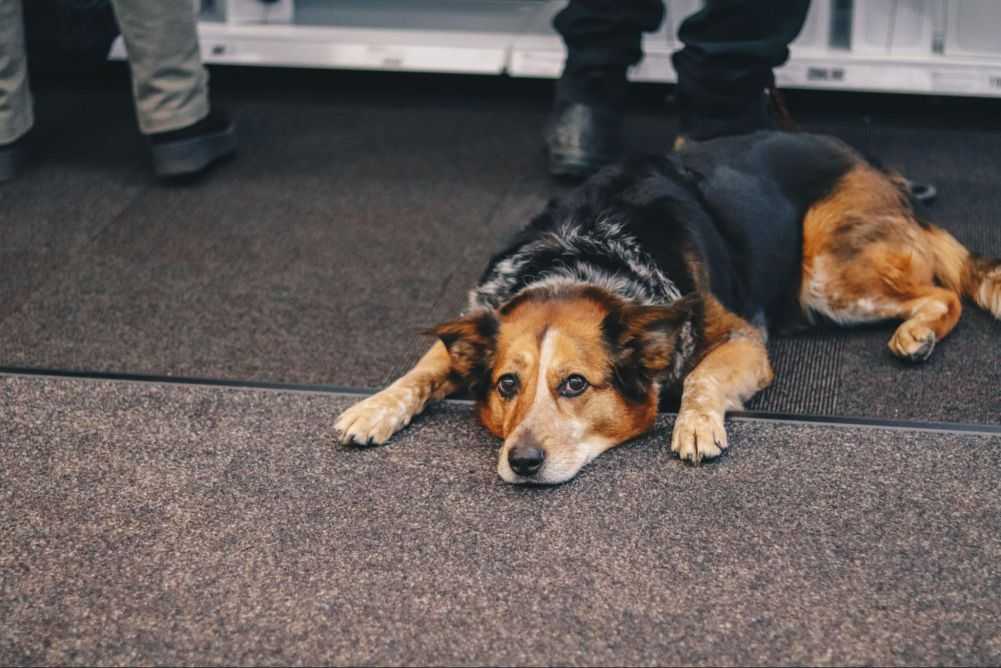 Dogs are, generally speaking, easily distracted animals. Once you get them riled up, everything else is out the window!

A dog’s appetite may become momentarily suppressed if they are extremely enthusiastic or overstimulated.

They may truly lose track of their urge for food due to the overstimulation and excitement!

A Belly Ache or Other Pain

Just like us, dogs can’t go through their whole lives without feeling some sort of ouchie here and there.

Not eating can be a big sign if your pup has a belly ache.

If the pain is mild, you may only see it exhibited in loss of appetite. Still, otherwise, Fido can be romping around and playing as normal.

Sometimes dogs begin to associate eating with something like a stomach ache, which can also be a cause for not wanting to eat.

Medication or Vaccine Side Effect

Much like people, some medications or vaccinations can cause loss of appetite as a side effect.

Whereas humans know this can happen and force themselves to eat anyway, dogs rely on how they feel to dictate their behavior.

If a dog doesn’t feel hungry, they won’t eat! So any sort of medical procedure that suppresses or alters appetite will yield a result corresponding with that.

Upset from a Routine Change

As any dog owner would tell you, our four-legged friends tend to be very emotional.

A change in routine or a major adjustment in their day-to-day life can cause a chain of upsets, ranging from behavioral changes all the way to lack of appetite.

This could be coming from protest, stress, or from a routine that is simply not working well for them. This could certainly be why you notice a lack of appetite after a big life change.

They may act totally fine outside of not eating, primarily because the pup is in your presence.

But for a dog that gets anxious at your departure, they may have started to associate eating meals with your soon-to-be leaving of the home. Think about it this way: we often feed our pups right before leaving the house (whether it’s to go to work, take the children to school, run errands, etc.).

For a dog that is very upset at your leaving, they won’t be inclined to eat as a result.

When You Should Be Worried (And When Not to Be) 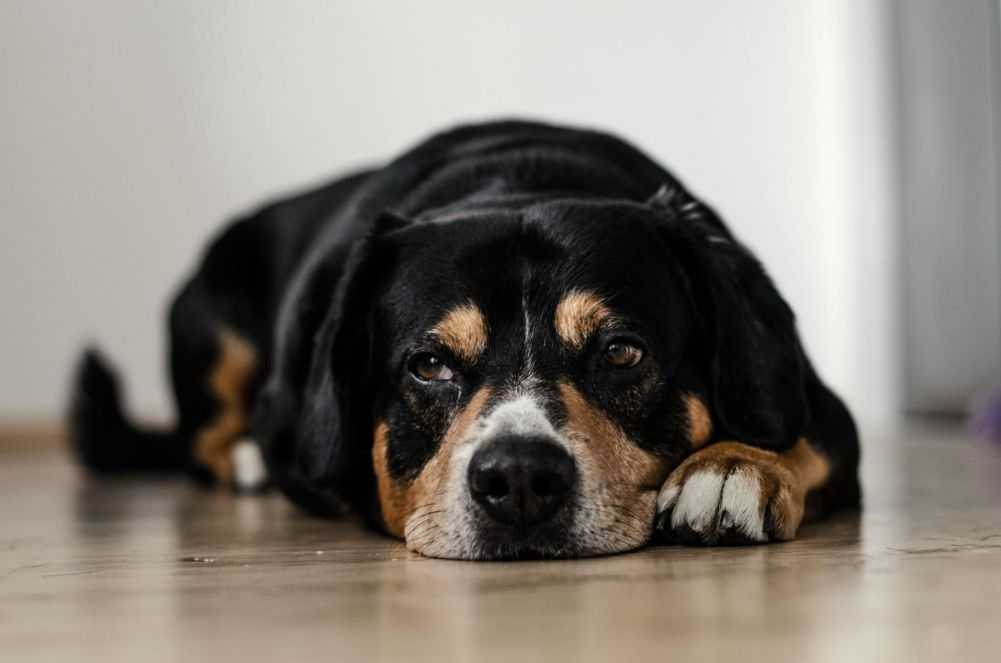 Generally speaking, if your dog is continuing to play, enjoying your company, and otherwise following their typical day-to-day activities without pause, then the lack of appetite isn’t something to worry about unless it persists for too long.

You know your dog best; if you don’t see any changes besides the lack of food, Fido is probably just going through a phase.

However, if not eating is getting to a point where your dog is becoming malnourished (within a couple days), it’s time to get concerned. Sometimes, additional symptoms of illness or anxiety take longer to develop than the loss of appetite (which tends to come first), so be on the lookout for:

Then it is absolutely time to call the veterinarian immediately and get your pup checked out.