Is Goofy a Dog, a Cow, or Something Else Entirely?

I’m here to set that straight for you.

Goofy is an anthropomorphic dog (no specific breed), which means he’s a dog with some features and behaviors of a human. This is backed by evidence from the history of the character. The claims that Goofy is a cow are entirely false.

Let’s look at the evidence and see why some people got the wrong idea that Goofy was a cow.

The Evidence for Goofy Being a Dog

The first and probably most telling piece of evidence goes back to the beginning of the series.

Before Goofy had become a main part of the Mickey Mouse TV show, he was introduced as a side character named “Dippy Dawg” [Dog].

Dippy Dawg looked a lot like Goofy but a lot older. Later the same year, in the short film Whoopee Party (1932), Dippy Dawg’s character was changed to be younger and was reintroduced as Goofy.

Another piece of evidence can be found in one of the episodes that aired on October 11, 2013, called “Dog Show”.

In this episode, Goofy had to substitute for Pluto (Mickey’s dog) in a dog show Mickey entered Pluto in.

All of these make a solid case for Goofy being a dog. 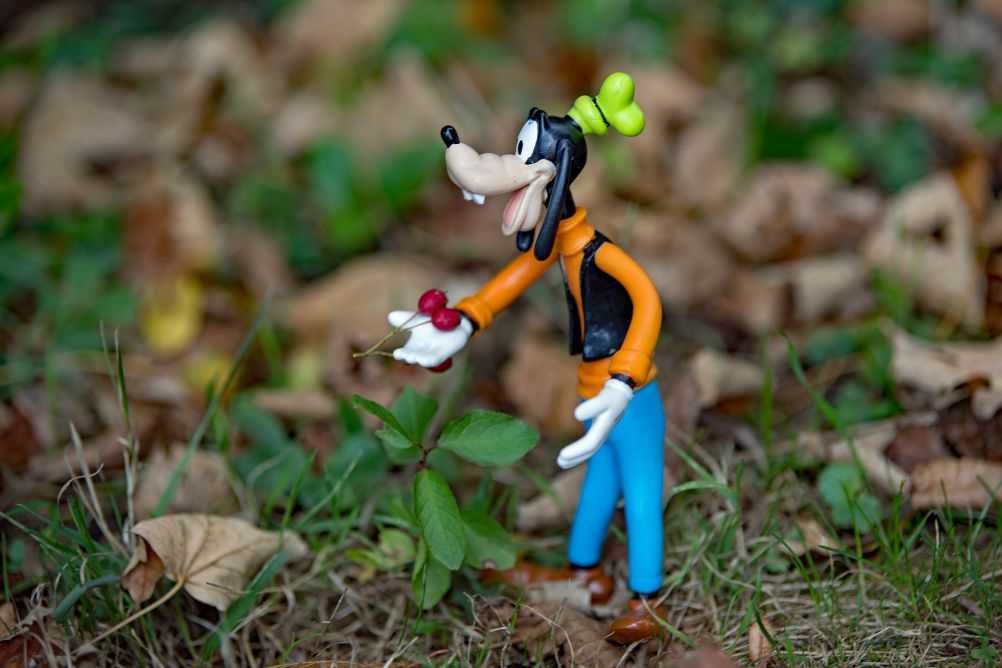 Why did people get the idea that Goofy was a cow (or Aberdeen-Angus Cattle to exact)?

Disney has often been making relationships in their plots consist of two members of the same species. For example, Donald & Daisy Duck and Mickey & Minnie Mouse.

However, that isn’t the case across the board. Clarabelle was also the girlfriend of Horace Horsecollar, which is a horse, not a cow. Disney also had inter-species couples like Miss Piggy & Kermit the Frog, as one example among many.

One can easily get confused by the inconsistency in this case and believe that because Goofy’s love interest is a cow, Goofy must also be one.

Secondly, a ReelRundown’s controversial and humorous article had presented a conspiracy theory about Goofy that confused people even more.

In that article, the authors claimed many weird things. They claimed that Goofy is actually an Aberdeen-Angus Cattle, was born to Egyptian immigrants in Scotland, and was named “Dipalwa Dawala”. They also claimed that Max’s mother (Goofy’s son) is Clarabelle (unsubstantiated) and that Max had died from mad cow disease.

All of these claims are not backed by any concrete evidence and therefore cannot be taken seriously.

Finally, since Pluto, which is clearly a dog, has some visual and behavioral differences from Goofy, people hypothesize that he might not be a dog after all.

But, as we said in the beginning: Goofy is an anthropomorphic dog, not a regular dog. Goofy is more like a human than a dog, so differences from actual dogs in the show are legit.