Why Do Dogs Get Stuck? Understanding the Copulatory Tie

By Aviram K.
Published in Dog Ownership & Care
May 31, 2021
5 min read
✏️ This article has been reviewed in accordance with our editorial policy.
🏥 The information in this article is not a substitute for professional help.

Ever witnessed two dogs getting stuck after mating? If you did, you probably were in somewhat of a shock.

It seems kind of weird, isn’t it?

Apart from a weird and awkward sight, it also seems redundant. Humans don’t do that, and neither do most other animals. So, why does it happen in dogs?

Dogs getting stuck (also called “tying” or “knotting”) is a natural stage in the canine mating process that increases the chances of pregnancy. After the male dog releases his sperm, his genitals expand to a size that prevents him from withdrawing. This helps secure the sperm and makes fertilization more likely to succeed.

Seeing dogs stuck in this manner may even seem dangerous to you. If you don’t understand it, you even want to separate them.

But, usually, the parties involved have no choice but to wait it out.

In this article, I’ll explain all that happens when two dogs get stuck, why it happens, how long they stay stuck, and how to help them get unstuck.

What Happens When a Male Dog Gets Stuck in a Female? 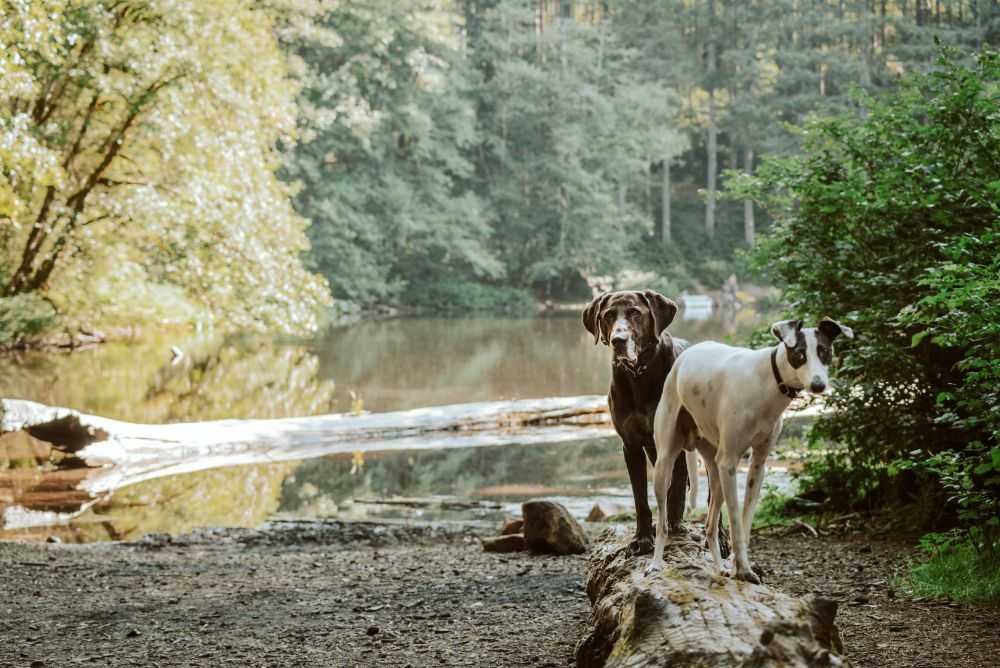 The process of two dogs getting stuck after mating is also called the copulatory tie.

During that process, the male dog’s bulbus glandis (part of the dog’s genitalia) expands to a considerable size that prevents the two mating dogs from separating.

The purpose of this expansion is to prevent leakage of sperm and prostatic fluids that are released during this process and consequently increasing the chance of pregnancy.

It can be pretty uncomfortable for both dogs, so initially, after humping is done, they’ll try to find a more comfortable position.

Most of the time, they end up locked up from their rear ends. Other times, they may need a tiny amount of help to get there, especially if the dogs are inexperienced.

How Long Do Dogs Stay Stuck Together?

Dogs typically stay stuck from 5 to 30 minutes, with some rare cases taking up to an hour. If your dogs stay stuck for more than an hour, you may need to get a vet to intervene.

The two dogs will eventually be free once the penis glands become flaccid. Therefore, it is essential to try to make the two dogs as comfortable as possible.

Sometimes, dogs will mate and tie multiple times in the same session.

Can Dogs Get Pregnant without Getting Stuck?

Dogs can get pregnant without getting stuck. Since the male dog starts releasing sperm before the copulatory tie is entirely in place, he may get a female pregnant even if they didn’t get tied. However, the chances for such a pregnancy are lower than usual.

Sometimes, the male dog can withdraw before his genitals expand, or the female dog escapes right as penetration occurs. This is called slip mating.

Most of the time, slip mating results from the female dog not being fully prepared for mating.

Without locking together, the male’s prostatic fluid, which helps push the sperm further along the cervix, can be leaked out. This is crucial because the cervix is a lot further away in canines.

Since most of the sperm is released early on, pregnancy is still possible without a tie, although a bit less likely.

Do Dogs Get Pregnant Every Time They Lock Up?

A female dog is more likely to get pregnant if the copulatory tie occurs and the two dogs lock up. However, it does not necessarily mean that she will get pregnant. Whether pregnancy occurs or not depends on many other factors, too.

Suppose the timing isn’t right, or either the female or male dog is infertile, for example. In that case, such pregnancy will never take place, regardless of the copulatory tie.

Things can also get more complicated if the dogs are experiencing certain other medical issues too.

Does It Hurt When Dogs Get Stuck Together?

The copulatory tie, although natural, can be somewhat uncomfortable and sometimes even painful for both dogs. The longer it goes on, and the more inexperienced a dog is at mating, the worse the pain or discomfort gets.

It is okay to intervene after a certain point, but you cannot forcefully separate the dogs. It will do more harm than good.

Even if you didn’t want them to breed, it is too late at this point.

How Do You Get Dogs Unstuck? 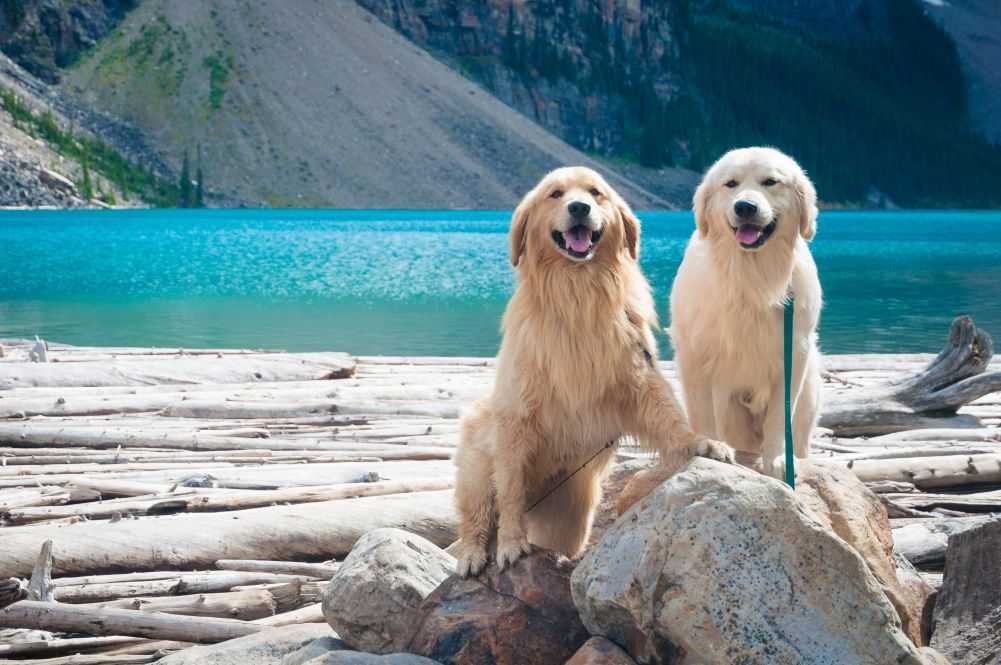 You should not get the dogs artificially unstuck unless it is essential (and even then, it should be done by a professional vet). You need to let the dogs wait it out and do their thing.

However, here are some things you can do to help ease the dogs’ time:

The tie is usually stressful for both dogs.

The first instinct the two dogs have is to run away after mating. Still, because of the copulatory tie, they cannot detach at first, sometimes causing them to get stressed or anxious.

Females who are mating for the first time may try to move or twist. The same goes for inexperienced males.

Your job is to help calm them down and reassure them while you wait for the tie to end.

You can do this by petting the dogs, reassuring them with loving words, or giving them some of their favorite food.

You can never really know how each dog is going to react to the tie. Some dogs will be totally calm, some anxious, and some may act aggressively.

If they do act aggressively, they could even end up hurting each other in an attempt to break free.

Watch the dogs’ body language. If they seem agitated or aggressive, you may even need to leash them to ensure they don’t bite.

Help with the Dismount

Dismounting and tying up from the rear ends may not come naturally to all dogs. Inexperienced males may struggle, especially if there is a height difference.

You could try moving one of the male dog’s legs over the female so that the two dogs are standing butt to butt. Go slow and follow the male’s lead.

If in doubt, though, let the dogs do what’s natural for them and get to the comfortable position by themselves.

The two dogs will only separate once the swelling goes down. The male usually takes the first step to try and separate when they feel it’s time.

As previously stated, this takes time and can be anywhere between 5 to 60 minutes in rare cases. If the two remain stuck longer than that, you may need to call in a vet.

However, that is rarely necessary. Separation usually occurs naturally.

Wait it out, and let the dogs do their thing. Only start intervening if the process takes longer than an hour.

How Do You Know If Mating Is Successful?

Mating is more likely to succeed if the dogs got tied together. However, you can never know for sure until a few days have passed. To increase the likelihood of pregnancy, you could try having the dog mate again in a few separate sessions, no more than twice a day.

To know if your dog got pregnant successfully, without special equipment like ultrasound, you can look for pregnancy signs.

Some of those signs include personality changes, belly swelling, or nipple development, among others.