Your Dog Doesn't Bark? Here's Why

By Aviram K.
Published in Training & Behavior
July 8, 2021
6 min read
🏥 The information in this article is not a substitute for professional help.

Seldom a day passes when we don’t hear the familiar woofing of a dog, whether it be from alerting their owner of a stranger to barking with excitement!

When we think of a dog, barking is often what comes to mind.

But if you have a quiet dog, you might be wondering why your dog doesn’t bark as the other ones do. Don’t worry; your pup is not defective!

Most likely, your dog doesn’t bark because they have a quiet personality. However, a dog may also be quiet because they have no reason to bark, have been reinforced not to, have medical issues, or are very old. Also, some dog breeds may bark less.

In this article, I will explore the many different reasons your dog doesn’t bark- and why being quiet isn’t unusual!

Table of Contents
01
Why Would a Dog Not Bark at All?
02
Should You Be Worried If Your Dog Doesn’t Bark?
03
Do Dogs Learn to Bark From Other Dogs?
04
Which Dog Breeds Are the Quietest?

Why Would a Dog Not Bark at All? 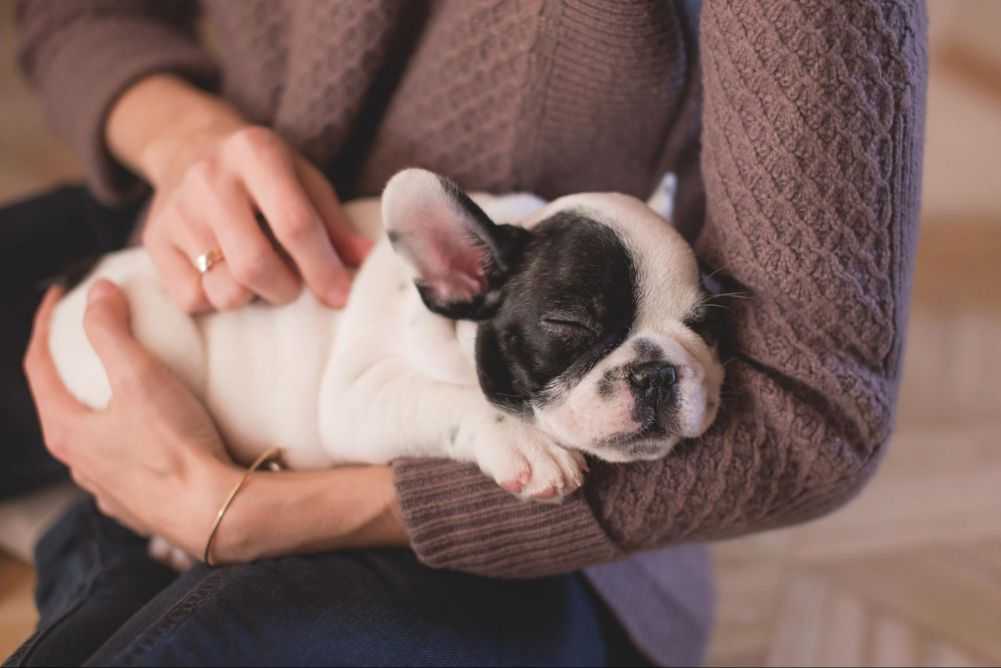 Barking, or lack thereof, is a way for a dog to express themselves.

From preferring body language instead of sound all the way to not feeling well, your dog may not bark at all for a variety of different reasons.

Not a Barky Breed

Each dog breed is unique in its own way, and one such way can be in how much the breed is known to vocalize. Some breeds simply don’t bark much; it’s not in their nature! Although every dog is an individual, breed characteristics and genetics do play a general role in their character.

As well, some breeds don’t bark because that’s not the sound they were bred to make. One such example is the Basenji which lets out a yodeling-type sound instead. So technically, the dog doesn’t bark, but Basenjis are still very loud and vocal! 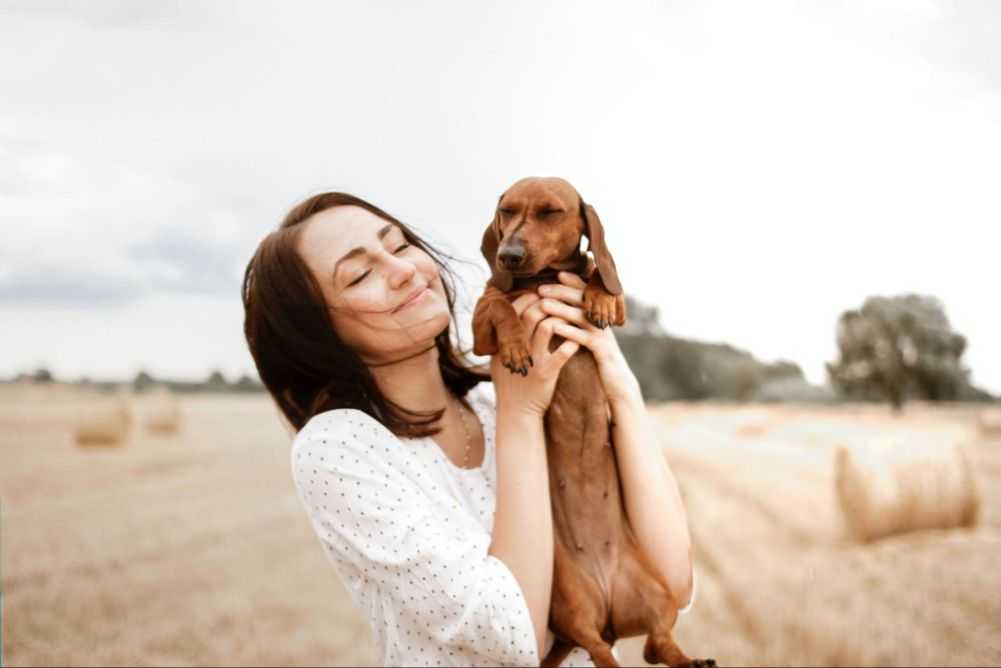 Much like you and I, dogs come in a large array of personalities. Some like stuffed animals and others like balls, some like water, and other’s loathe it; barking can be just as personality-dependent as their likes and interests.

This is why dog breed descriptions aren’t accurate for every member of the population because every dog is an individual. For example, your pup may simply be a quiet hound or prefer to communicate with body language rather than sound.

No Good Reason to Bark

Dogs bark for a purpose, even if that purpose is enjoying the sound of their own voice!

In all seriousness, a dog’s bark is a form of communication. Dogs can bark to alert you of an intruder, bark to express excitement and joy, bark out of boredom and loneliness, or bark in the hopes of getting your attention.

Some dogs stay quiet because, frankly, they don’t have a reason to bark.

If the sound of the neighbors shuffling about isn’t troublesome, there are plenty of stimulating toys thrown around, and your dog is perfectly content with life as it is - there is simply no reason to let out a loud woof.

Deep In a Honeymoon Phase 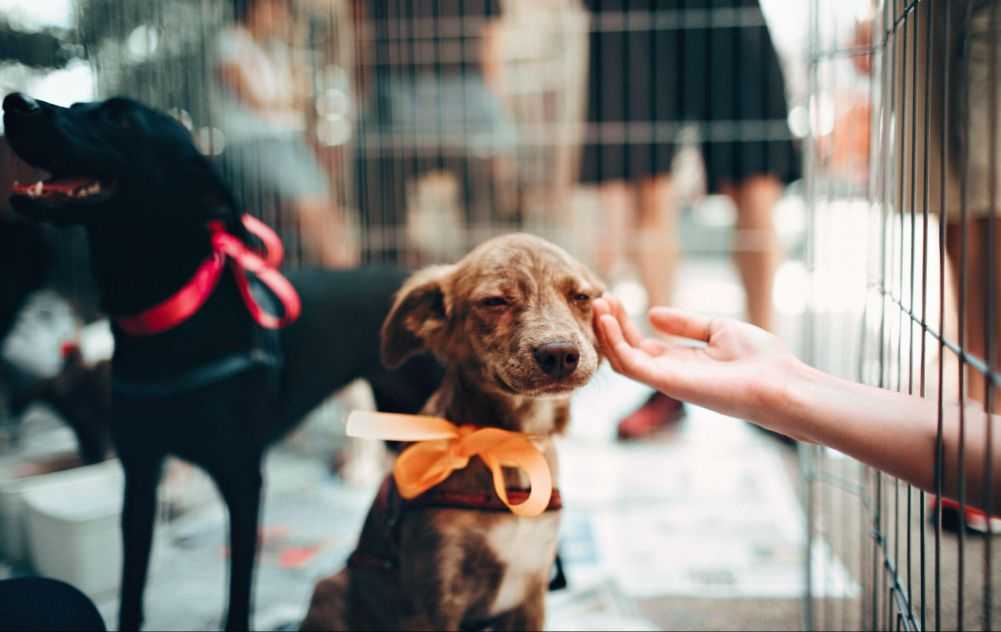 Somewhat exclusive to those who adopt dogs from shelters or rescues, the Honeymoon Phase describes a period after you’ve brought a new four-legged family member home.

Shelter pups can remain very quiet for the first couple of weeks in a new home, to the point of convincing you they are incapable of barking.

The lapse in barking during the Honeymoon Phase can be caused by shyness and lack of confidence.

When you bring a new pet home from a rescue, shelter, or simply someone rehoming their dog - Fido isn’t quite sure about their new surroundings yet. This can cause your pup to clam up until they become more comfortable.

The Honeymoon Phase is temporary, so your dog may become vocal once they have become more confident and self-assured in their new home.

Training, Debarking, or Past Stress

Continuing to speak on adopted dogs, if you don’t know your new family member’s history, past training, or stress pertaining to barking may be the cause of a mute pup.

Your dog may have been trained to suppress their bark as a puppy or could have experienced a traumatic incident associated with barking that caused the quietness.

Dogs correlate actions with reactions, and if barking causes something unfavorable to occur, they may be thwarted from barking at all. This is especially prevalent in dogs with softer personalities who can’t handle adverse reactions very well or stress easily.

Some individuals also choose to get their dog debarked (which is not recommended), which may have happened to your new adoptee. This is a surgery in which the vocal cords are trimmed to minimize the sound. A veterinarian would be able to tell you if your dog was debarked or not.

Usually, the older the dog gets, the quieter they become.

That’s because as dogs age, their senses begin to decline. If the dog starts to hear poorly, then sounds are less likely to cause a reaction. Therefore the dog reduces their barking significantly.

If your dog suddenly starts barking significantly less without much in their environment changing, getting their hearing checked could offer you the answer.

However, if your dog is still a very puppy, they may still have not developed their bark and therefore won’t vocalize much at all.

When do puppies start barking, you ask? 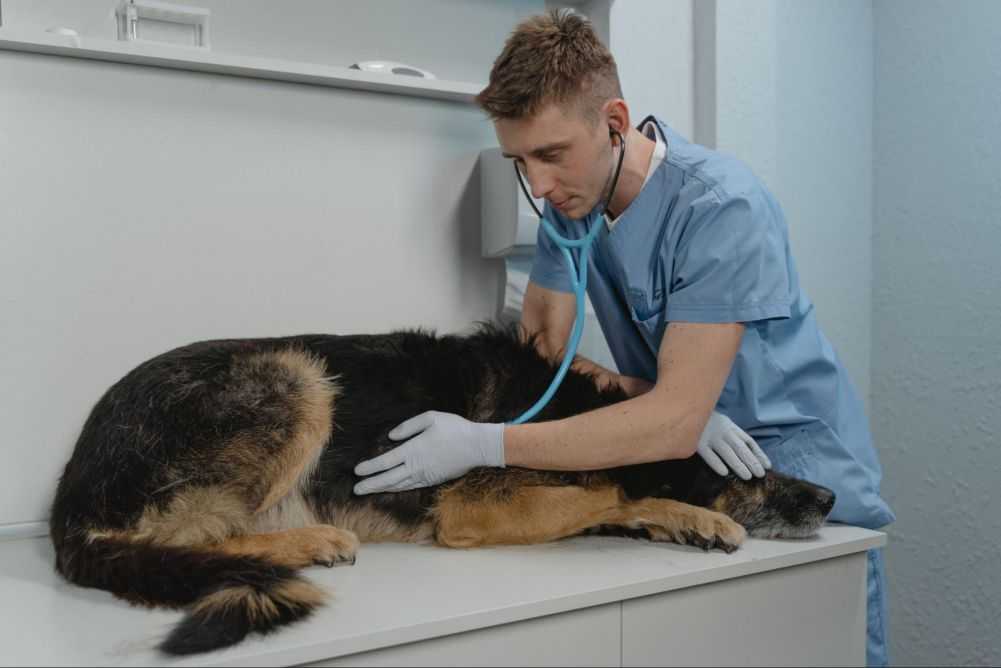 In some cases, the lack of barking could be due to a medical issue.

If you have a dog that loved to tell you about their whole day and is now clamming up, your pup could have strained their voice. In addition, dogs with separation anxiety can be barking the entire time you aren’t home, which could lead to a swollen throat and a sudden silence.

If Fido isn’t feeling well, whether it’s a belly ache or something worse, that may explain the quietness as well. When dogs are feeling pain or discomfort, they don’t have the strength to be very active.

Be attentive to your dog’s daily routine, as the lack of barking could be an early sign of something wrong. If you notice your pup being lethargic or acting out of the norm, book a visit to your vet!

Should You Be Worried If Your Dog Doesn’t Bark?

If your dog isn’t wordy, to begin with, the lack of barking doesn’t have to be worrisome. It may just be your pup having no desire to bark, which is okay.

But, as with any behavior deemed unusual (such as a dog not acting as you would expect), it’s best to get your pup looked over by the vet. Even if it’s just a routine check-up, the peace of mind will work wonders for your nerves.

Some dogs are stoic and won’t show their pain or discomfort, but you can figure it out by the change of demeanor. For example, if your dog was a barker or is reasonably talkative and then stops vocalizing, that can be a cause for concern.

Do Dogs Learn to Bark From Other Dogs? 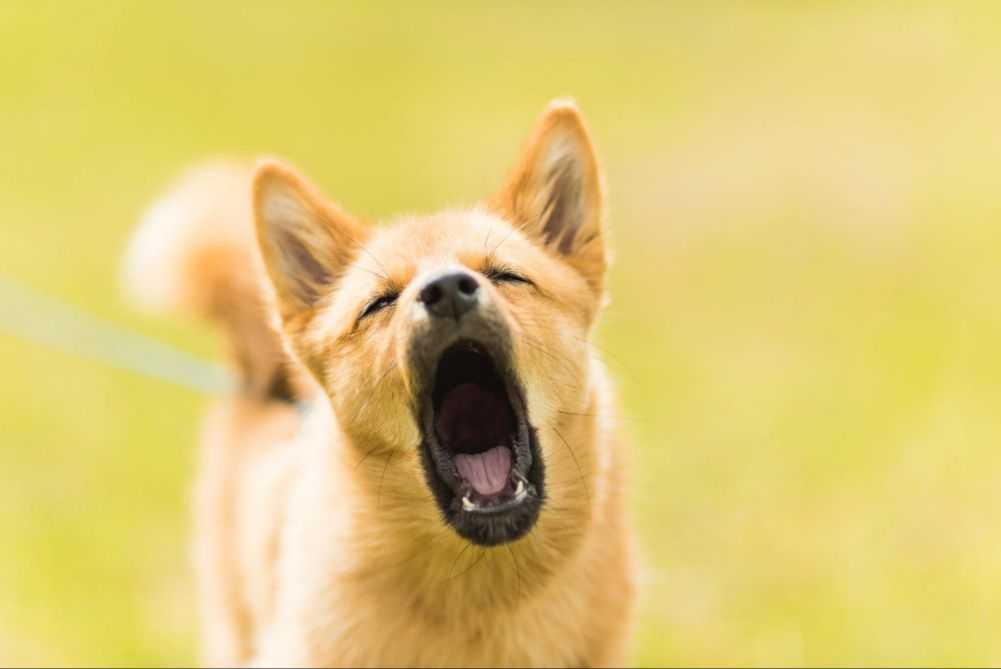 Like our own children, dogs learn many things from one another, one of which is barking!

Puppies don’t begin exploring their bark until approximately seven to eight weeks of age. However, some don’t start until as old as sixteen weeks.

The need to make sound is a biological tug, a little part of mother nature encouraging communication. Once your dog’s territorial instincts come into full swing as well, barking can accompany that development.

However, dogs barking in the way that we recognize (such as barking at strangers or barking at the doorbell) can be a learned trait. Puppies mimic the older dogs they live with or come in contact with, and if they witness a dog barking at the mailman, they may be inclined to do the same.

Likewise, if a puppy lives with a dog that doesn’t vocalize with barking, the puppy may be encouraged to not use their voice.

Which Dog Breeds Are the Quietest?

Although the amount of which a dog barks can depend on various factors, genetics play a role.

Certain dog breeds bark a lot less than others, making great pets for apartment living or those who don’t find constant barking a positive trait.

The Russian dog breed Borzoi is commonly referenced as a quiet breed of dog, preferring to communicate with their body language rather than voice.

English bulldogs, Pugs, and French bulldogs are also commonly on the “non-barking” list but do make a full array of other sounds such as grunts and gurgles!

Gentle giants such as Newfoundlands and Great Danes rarely bark unless necessary, preferring to be calm and passive instead.