Dog Pregnancy: When Can You Feel Puppies Move?

By Aviram K.
Published in Dog Ownership & Care
July 4, 2022
4 min read
✏️ This article has been reviewed in accordance with our editorial policy.
🏥 The information in this article is not a substitute for professional help.

Breeding dogs can be an exciting, rewarding, and incredible experience (when done safely and responsibly, however)!

One of the most eager parts of the process is when it finally hits you that there will be small little squeaking puppies on the ground soon - and this often comes in the form of puppies moving inside the belly.

You can start to feel puppies move between six and seven weeks. Usually, at this point, only about three weeks remain until they are born. Place an open palm gently on the abdomen to feel the puppies; otherwise, you can cause injury to them.

In today’s article, I will tell you how to safely feel the puppies move, what a puppy’s various development stages are in the womb, and when to expect to see them born.

Table of Contents
01
When Can You Feel Puppies Move in a Pregnant Dog?
02
Puppies Already Moved in the Belly; How Much Longer Is Left for the Pregnancy?
03
Puppy Development Stages in the Womb

When Can You Feel Puppies Move in a Pregnant Dog? 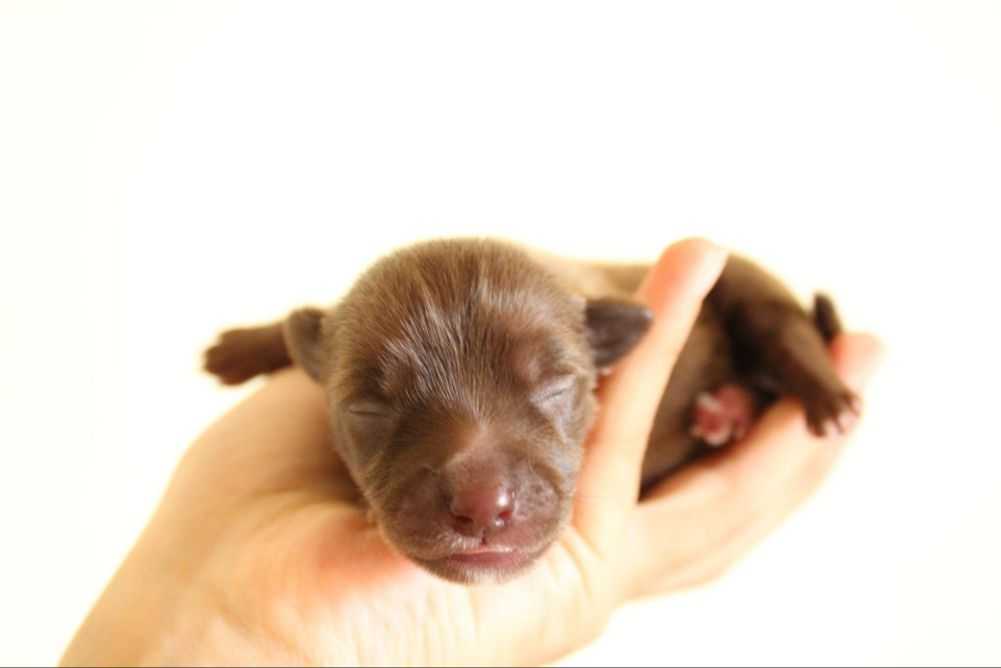 Much like humans, you can feel a fetus moving inside the mother after a certain developmental stage.

A skilled veterinarian can sometimes feel the puppies move at five weeks, but generally speaking, you are better off feeling them around six to seven weeks (up until birth). That being said, you can’t just push your hand on her belly. There is a specific way to feel the puppies dance around in the womb to ensure no harm is caused!

A technique known as palpation is how one would feel puppies move. Palpation is pressing on the body’s surface to feel what is underneath. A veterinarian knows how to use palpation safely to feel the puppies move at a rather early week, but as a pet owner, you should be more cautious.

Puppies are fragile inside the belly, and using your hand to push on the stomach with force can cause injury to the unborn little ones.

The best way to feel for puppies is to wait until after six weeks, have your palm fully open, and gently lay your palm on your female dog’s abdomen. Then wait! Avoid pushing down to see if you can feel a puppy or move puppies around; this can cause physical trauma to their sensitive small bodies.

Female dogs can be very sensitive in their abdomen area, so if placing your hand on the belly is causing stress or an adverse reaction, avoid doing so. You must consider how she feels in this situation; it isn’t worth unpleasantries! This is especially true with stress having the ability to cause puppies harm, so avoid it at all costs.

Puppies Already Moved in the Belly; How Much Longer Is Left for the Pregnancy?

Once you can feel the puppies move, that’s a good indication that their development is progressing rapidly. Shortly after the first kicks and womb gymnastics, they’ll be on the ground, growing into beautiful dogs.

Generally speaking, the full gestation period for a dog is about 60 to 63 days. Puppies begin to move at six weeks, which is 42 days. That leaves about three weeks left until they are fully developed and born!

Puppy Development Stages in the Womb 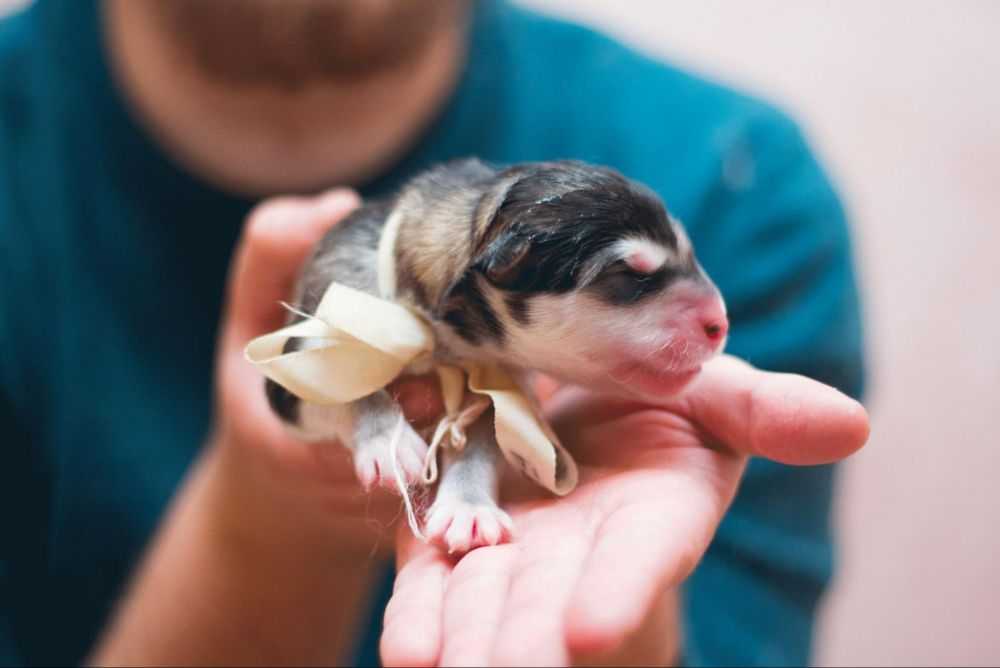 Knowledge is power, and the more you know about the fetus’s development in the womb, the better prepared you are as a dog breeder. Here is a week-by-week breakdown of how puppies form inside their mother, from conception to birth.

This first week is one that most don’t even know is happening! This is the moment of conception when the male dog’s sperm meets the female dog’s egg. At this point, the fetus is nothing more than a little clump of cells that follows a process called mitosis.

In mitosis, the sperm meets the egg and creates a cell called a zygote, which divides. Each divided cell doubles by dividing into two cells. This happens once every twelve hours until the next week is reached.

You cannot feel the puppies move yet at this stage.

Upon week two, mitosis produced a blastocyst. A blastocyst forms a fluid-filled, spherical structure that then develops other cells, such as the embryoblast, trophoblasts, and blastocoel.

The blastocyst makes its wild journey through the fallopian tube towards the uterus. At this point, it implants itself into the uterine lining, and the exciting stuff occurs.

You still cannot feel the puppies move yet at this stage.

At week three, we can start to see the formation of an actual embryo. A rod of cartilage-like material called the notochord forms which marks where a puppy’s spine will begin. Kind of like the first stroke of a painting that sets the foundation for the rest of the anatomy!

Yet again, you still cannot feel the puppies move yet at this stage.

Week four marks a fetus, as this point in time, leads to the development of the internal organs. The fetus is starting to develop a head, eyes, the onset vertebrae, and ribs!

Week four is often when you can start to see the fetus on ultrasounds because there is enough developed there to plop up on the system.

But still, you cannot feel the puppies move at this stage.

Week five is when you can really see the fetus turning into a recognizable puppy!

The development rapidly continues, as you can start to see smaller details such as the claws, whiskers, and more!

At this stage, a seasoned veterinarian may be able to feel the puppies through palpation. They might move a bit, but not always.

This is when the puppies really start to become active.

At six weeks, you may be able to feel them move in the abdomen now (although this isn’t always the case, it just depends on the dog).

This is the stage at which the puppies continue to rapidly develop further and start to form gender organs. The puppies become male or female. The growth should now be larger than 45mm in ratio!

Now, week seven is when you actually get to feel them move for sure.

The unborn puppies look very much like puppies now, but they still aren’t ready to be born. This is because the skeleton still needs to go through the hardening process (which begins this week), and the puppies need to keep growing.

Week eight is reaching the endpoint, as the puppies are now viable enough to survive out of the womb.

They can be safely born anytime between this week and the following week. Most puppies are born at week nine, but it’s not alarming for signs of labor (such as lactation) to begin at week eight.

You should be feeling the puppies quite often by this point.

Puppy time! The puppies are ready for life outside of the womb this week.