When Do Puppies Calm Down?

By Aviram K.
Published in Training & Behavior
July 8, 2021
6 min read
✏️ This article has been reviewed in accordance with our editorial policy.
🏥 The information in this article is not a substitute for professional help.
🔗 This article contains affiliate links. We may earn commission when you buy through them.

You brought home a new four-legged family member not too long ago, and what was once a cuddly little one is now a puppy that is running non-stop laps around you!

Puppies can be a whirlwind of energy that we humans have a hard time keeping up with.

Will they ever calm down? Or are you doomed to deal with a crazed hyperactive dog for the rest of their lives?

Most puppies calm down between the ages of six to nine months. However, the age at which a puppy calms down depends heavily on their breed, health, and temperament. Puppies begin to lose their constant need for stimulation (lessening destruction and hyperactivity) from eighteen months old to two years old.

In this article, I will uncover what age puppies tend to be the most difficult and what you can do to help calm your little one down.

For those of you who feel like you took more than you can handle, I will also talk about dealing with this feeling of regret you’re experiencing (also called Puppy Blues).

Table of Contents
01
Will Your Crazy Puppy Ever Calm Down?
02
At What Age Are Puppies the Most Difficult?
03
How to Calm Down a Hyper Puppy
04
Is It Normal to Regret Getting a Puppy?

Will Your Crazy Puppy Ever Calm Down? 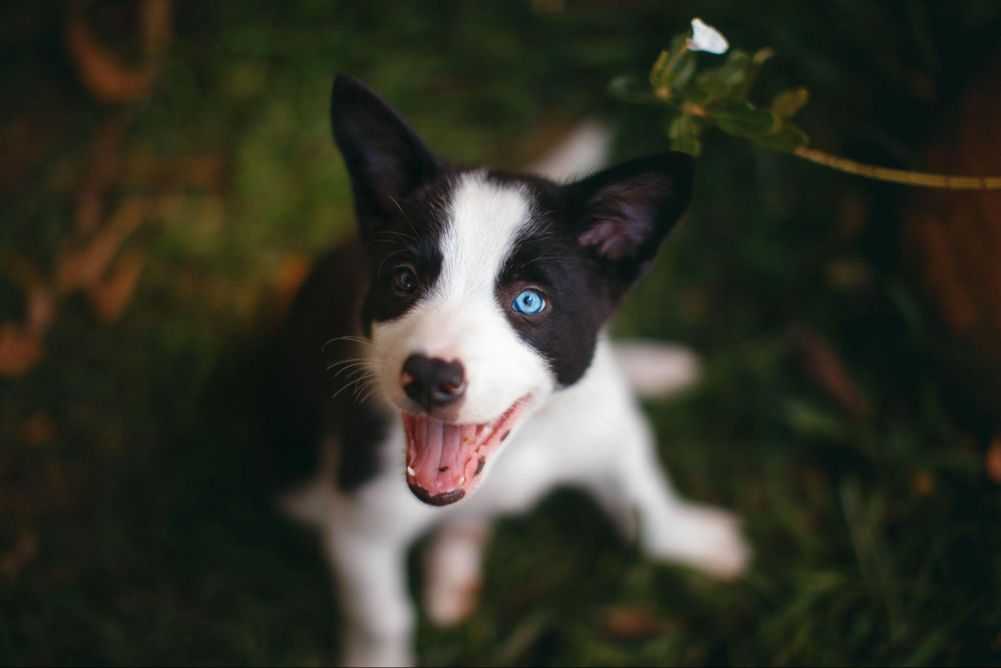 The energetic quality of being eager to play is an endearing aspect of puppyhood. Still, it can also make for a tremendous headache, primarily if your puppy’s energy manifests in being a troublemaker.

Fortunately, I have some good news for you.

Your crazy puppy will most likely calm down over time. However, the reality of this is that there is no real way to predict precisely when your puppy will calm down.

The time frame at which a puppy starts to dwindle on energy and require less of you depends on their breed, what their temperament is like, and their overall health.

Some breeds of dogs are more energetic than others. This all comes down to what the breed was developed to do.

For example, puppies of herding breeds such as the border collie or the Australian shepherd will be far more energetic than lapdogs such as the Pekingese or Japanese chin.

As a general rule, dogs bred to work, compete in a sport, or perform a duty will be more energetic than those created as lounging companions.

Your dog’s temperament impacts energy levels as well. Temperament refers to a dog’s disposition or nature. This results in biologically based behavior rather than something learned, also known as something you cannot change with training.

Dogs bred to compete in sports such as agility or flyball will have a more active and energetic temperament than breeders who produce companion animals for the everyday person. As such, the sport temperament tends to stay crazy as a puppy for longer.

Your puppy’s health and gender can have an effect as well. Healthy puppies are more boisterous, which is why a hyperactive pup can be a good sign.

Female dogs calm down relatively sooner than male dogs as they reach maturity much faster. The moment a female dog is biologically able to reproduce, they begin to mature. As a result, they will calm down.

At What Age Are Puppies the Most Difficult? 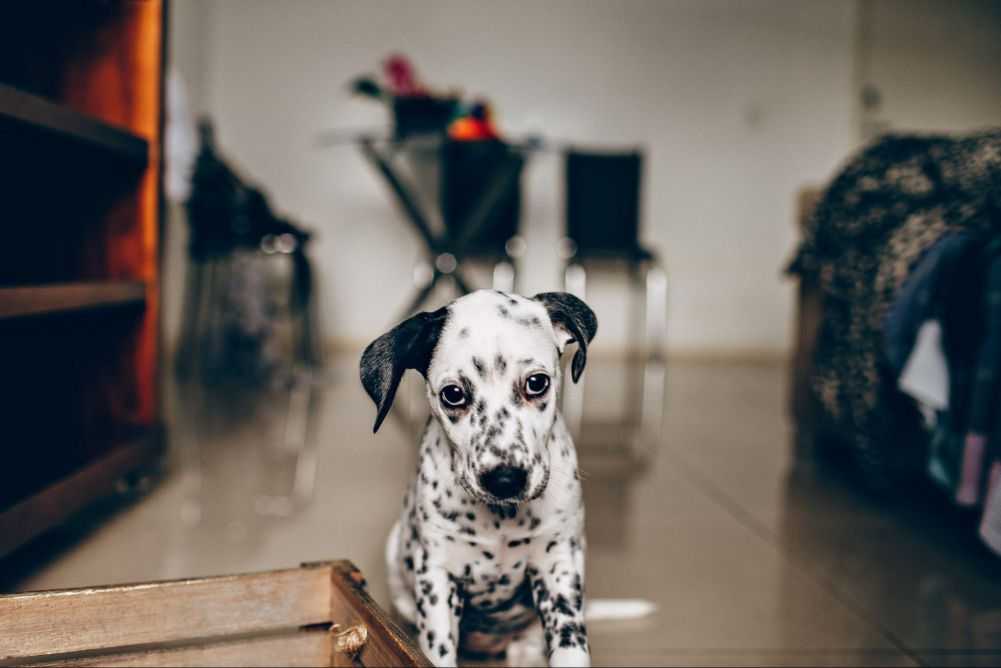 Like any baby, puppies go through different stages in their development. Generally, the most challenging age to handle a puppy is four to six months - but that’s not to say the other stages are easy. On the contrary, each one comes with its share of difficulties.

Puppyhood is divided into a handful of stages, ranging from birth to two years of age.

How to Calm Down a Hyper Puppy 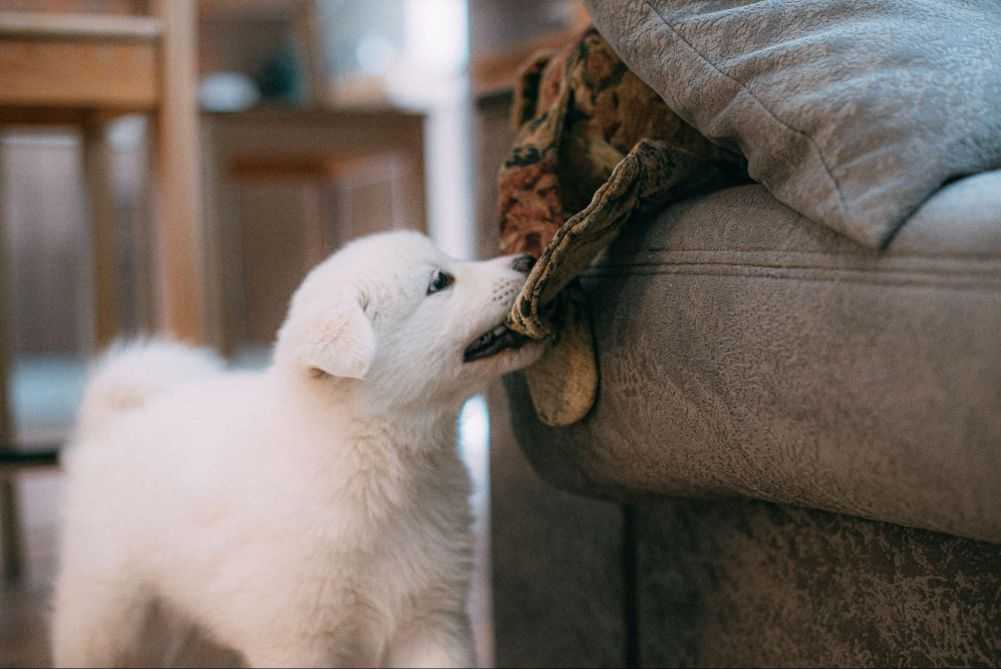 In the meantime, you have a hyper puppy on your hands, and you need some relief. So here are three tips on how to calm the tornado down.

Notice the Signs of Over-Excitement

Prevention may actually be the most important tip of all here. The behavior we associate with being hyperactive or happy is often actually a behavior called over-excitement.

Over-excitement is when your puppy has become overly aroused by something and acts impulsive, caused by a sudden rush of dopamine to their brain.

Dopamine can be addictive, so not managing this situation as soon as possible can cause problems later on as the puppy wants to be in that state of mind.

If your puppy is calm and serene one moment and then bouncing off of walls the next, that’s a key sign. On the other hand, beginning to jump, bite, whine, and spin in circles are also signs of over-excitement.

Over-excitement usually has a trigger. It won’t happen out of the blue. Limiting or preparing to experience these triggers can help prevent or manage the situation.

Common triggers include playing too excitedly with the puppy, making feeding time a big deal, making going on a walk a big deal, backyard animals such as squirrels and birds, or not enough sleep for the puppy.

Give Your Puppy an Outlet

Your puppy can’t help that they have so much energy inside them, so give them an outlet to deal with it. Redirecting their energy towards something healthy such as a toy, is a great way to calm them down!

Give your puppy toys that are interesting or fun to them. Toys can range from anything they’re allowed to chew on to puzzle toys where they work hard to figure out how to get a treat out of them. Freezing peanut butter in a Kong toy is a commonly used idea.

Another redirection is to play a mentally stimulating game with the puppy. For example, teaching your puppy a new trick or playing fetch can be a great way to make that energy work for you!

The best thing about puppies is how trainable they are. Everything you teach them leads to their behavior in adulthood. If an exuberant athlete isn’t something you want, begin rewarding calm behavior.

When your puppy relaxes and settles down, offer them treats, praise, a special toy, and calm petting to encourage self-soothing behavior. The trick is to reward them at the right time, as this then teaches them what behavior is acceptable!

Is It Normal to Regret Getting a Puppy? 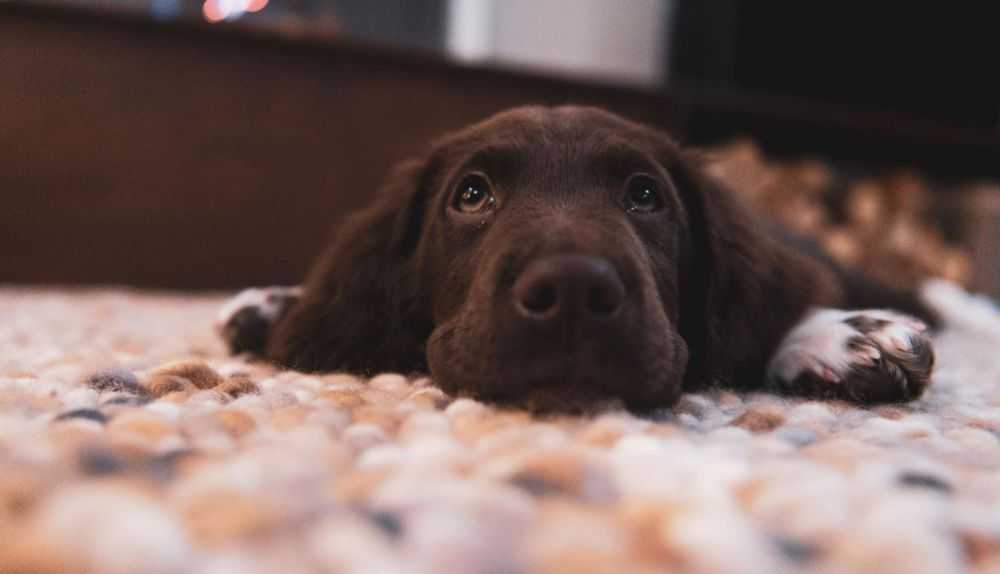 Puppies are a lot of work, time, and effort; when they’re testing your patience and not cooperating, it’s easy to get overwhelmed. Any significant change can open someone up to feelings of regret.

Whether you’re a first-time puppy parent or a seasoned pro, all can be prone to being blue after getting a puppy. Especially if life with a new puppy isn’t the way you had pictured in your mind.

This is a very normal feeling - and it doesn’t make you a bad person!

Before making a drastic decision, try to dedicate some time to yourself away from the puppy. The separation can help your feelings about your new family member.

If you can get help with puppy care, such as from a family member or boarding facility, utilize it!

Investing in dog training can also help progress the puppy through their difficult life stages with more grace, making the situation less stressful for you.

How Long Do Puppy Blues Last?

Unfortunately, there is no definitive time frame for the puppy blues.

Generally, puppy blues begin to lessen once you have better control of the situation; the puppy is nicely potty trained, isn’t a terror in the home, and begins to listen better to you. After about three weeks with a puppy in your home, living with the puppy should start to get a lot easier.

That being said, if you genuinely feel like this puppy isn’t the right fit for your home, that’s okay too.

If your puppy came from a breeder, reach out to them and talk about your options (such as sending the puppy back).

If the puppy came from a shelter or rehoming situation, you might be able to look into finding the puppy a new home yourself.