Multilingual Dogs: Why Are Some Trainers Using German to Train Their Dogs?

By Aviram K.
Published in Training & Behavior
October 30, 2022
3 min read
✏️ This article has been reviewed in accordance with our editorial policy.
🏥 The information in this article is not a substitute for professional help.

If you’ve ever found yourself near K9 officers, walking past protection dogs in training, you may have heard the dogs being commanded in a different language… German!

Why German? Why not just speak English?

Although this would make sense if the owner is bilingual, many dogs being trained in German are from owners who are not.

In this article, I will explain why German became the language of choice for some dog trainers.

Table of Contents
01
Why Are Some Dogs Trained in Other Languages?
02
Is German the Best Language to Train Dogs?

Why Are Some Dogs Trained in Other Languages? 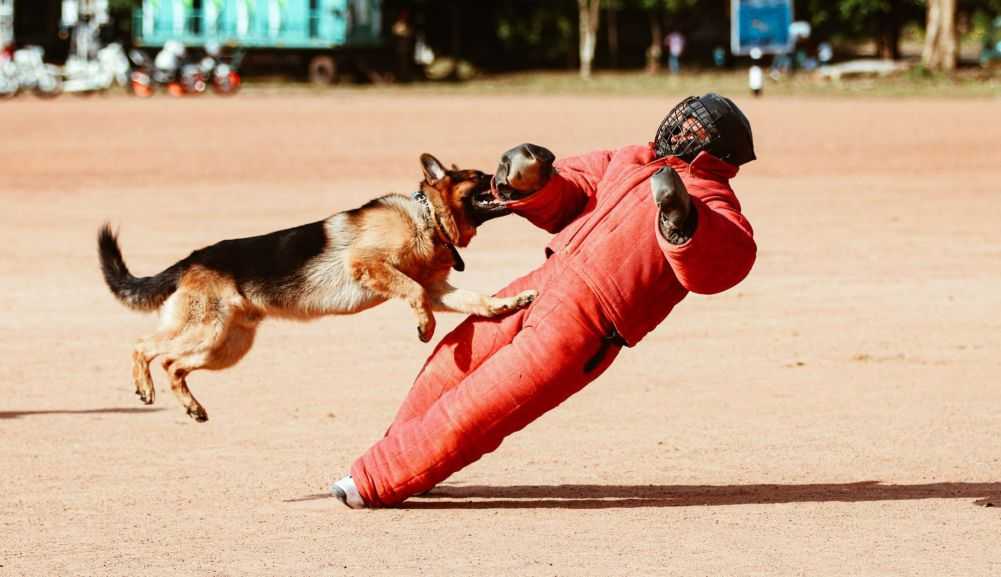 There are various reasons why a dog trainer, handler, or owner may want to train their pup in a language other than their native tongue.

For starters, I believe the beginning of training a dog in a different language had to do with respect to the dog’s country of origin.

Many shepherd breeds, such as the German shepherd, Belgian malinois, Greonendale, Tervuren, and such working dogs, had their training done in German because that is where the dog came from.

Although the Belgian breeds are (obviously) not German, most breeders reside in Germany. Once the dog is imported to the United States, handlers and trainers may continue to communicate with the dog in German out of respect for the breeders and familiarity with the dog.

A similar principle applies to dog owners who have their pups participate in the sport of Schutzhund and other bite work disciplines, as the activity originated in Germany as well. The word _Schutzhund _is German for “protection dog”. This sport trains the dog to attack a culprit that is endangering the life of their handler, as well as other facets of protecting their loved ones.

However, some other benefits of using a foreign language to train a dog encouraged the average dog owner to participate in this trend.

The biggest plus side is to stop the dog from being confused hearing commands used in common, day-to-day speech. What I mean by this is commands such as “sit”, “stay”, “wait”, “come here”, and the like are words that we use in our everyday conversation. A stranger could ask their child to sit down, a store owner could ask a patron to come, and a girl could ask her boyfriend to stay and wait for her.

Some dogs are very sensitive to this and could listen to a stranger as if that stranger is telling them what to do. However, using German or another foreign language makes it uncommon for the dog to hear this word spoken on the street! Therefore, there is an assurance that the dog only listens to their handler.

Another benefit has to do with a dog’s selective hearing. All dog owners can certainly testify that their dog runs a bout of being deaf when they don’t want to do something and perfectly fluent when they do. When a dog is trained in a language exclusively used for dog training, it allows the handler and their pup to have their own language. This alleviates the selective hearing issue, as the dog cannot get away with not hearing commands used just for them.

Finally, for a dog rehomed or rescued, using a foreign language can “start over” their training and offer a clean slate. Using vocabulary the dog has not heard before allows the process to truly start fresh, helping rehabilitate a dog needing to unlearn everything from their past. The same concept applies to a dog being renamed in a new home!

Is German the Best Language to Train Dogs? 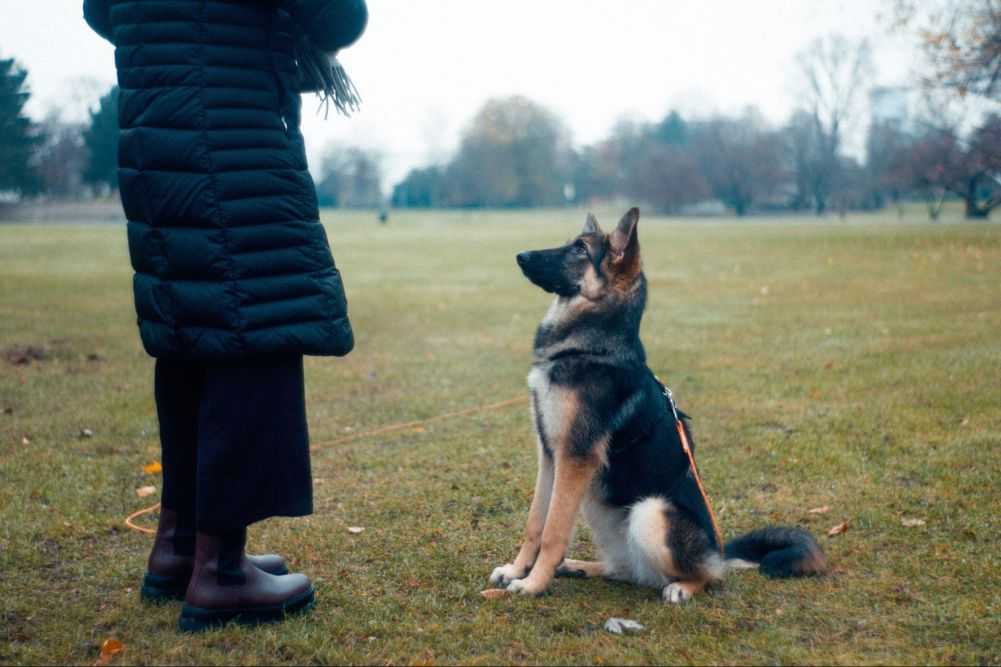 Although German is a popular foreign language of choice, that doesn’t necessarily make it “the best”. In fact, no language is really better than another when it concerns training dogs! As a rule, the best language is the one that works best for you. Dogs are adaptable; never doubt their propensity for learning.

That being said, there has been some scientific research coming out that states that dogs tend to respond better to harsher-sounding words than softer words. Languages like German have a rougher connotation in their words than English and such “romantic” languages.

A good example would be in the dog mushing community (or dogs that pull sleds through snow). “Contrary to popular belief, ‘mush’ is not typically used. It’s believed to be too soft of a sound. One of the common commands is ‘hike’ to get the dogs moving.” says Dr. Mark Plonsky, a professor emeritus of experimental biopsychology at the University of Wisconsin. He found that the top languages used by dog trainers include German, Dutch, French, and Czech.

If the word sounds sharper, harsher, or with more… zest, so to speak, dogs are far more inclined to respond.