Why Do Dogs Rub on You Like a Cat?

By Aviram K.
Published in Training & Behavior
July 20, 2021
4 min read
🏥 The information in this article is not a substitute for professional help.

You were just standing there when suddenly your dog came by.

Then, they started rubbing their whole body on your leg, similar to what a cat does. Isn’t that weird?

“I thought only cats do that…” you think to yourself.

Dogs and cats are generally very different animals, but they do share some things in common. Although more prevalent in cats, rubbing on you is one thing both animals may do.

But why exactly do they do this?

Dogs most commonly rub on people to get their attention. Other reasons include showing affection or submission, seeking comfort, rubbing their scents on you, and trying to protect you. You may have also been rewarding the behavior, causing your dog to do it more.

In this article, I’ll go into much more detail about the reasons why your dog may rub on you like a cat. 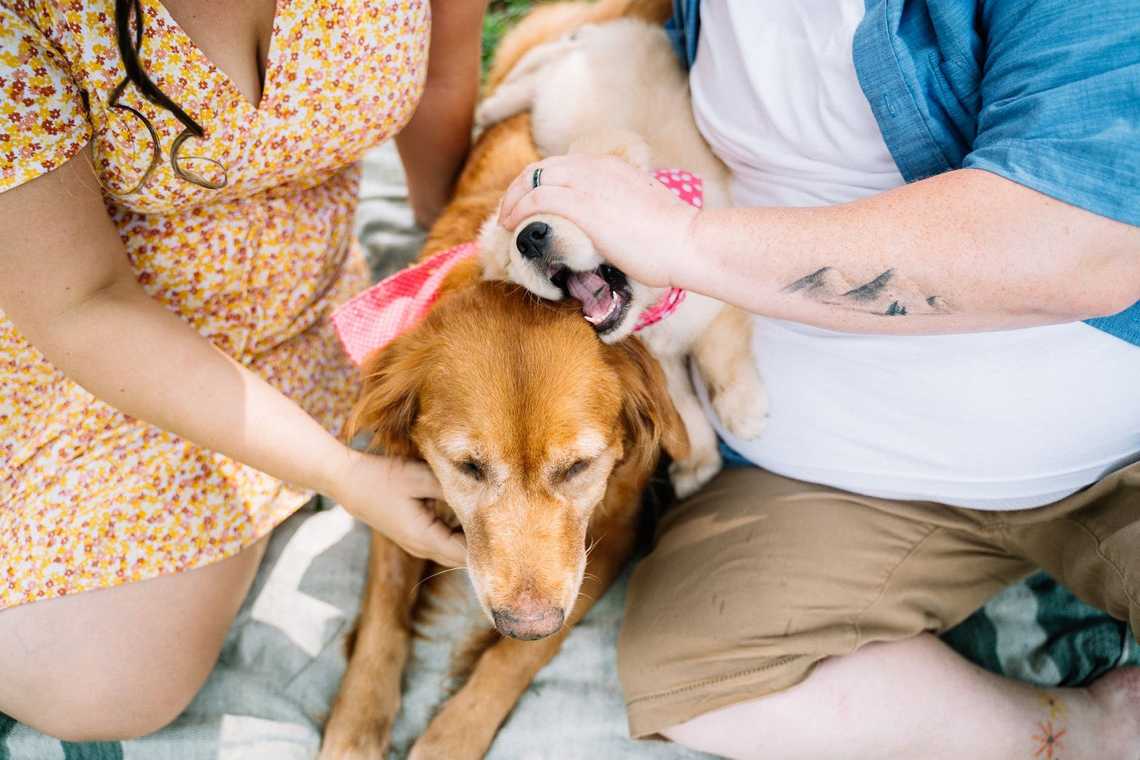 Dogs don’t speak as we do, but they have ingenious ways of getting us to notice them, and rubbing on you like a cat is hard to ignore. Inevitably, you will look down and see what’s up.

Some dogs need more attention than others. But if they haven’t had your attention for some time, almost all dogs will try to get it.

Seeking attention is not a bad thing. However, the dog could also be trying to pass on an important message. For instance, it could be that they haven’t eaten, need to go out, or they want to spend some time with you.

Always pay attention to your dog’s needs. However, it helps to have structured play and feeding time.

They Are Showing Affection

Dogs have solidified their position as man’s best friend for centuries. Their loyalty is a big part of why people like to have dogs around.

Cats and dogs get attached to people. And since they see us as part of their pack, they can show affection in different ways.

Rubbing against you is an example of a display of affection.

It’s a sign of affection if the dog nuzzles against you while you are sitting or relaxing. Cuddling or rubbing against you mimics maternal instincts.

Additionally, they can hint at other things like exposing their belly.

You are Reinforcing the Behavior

Dogs are great, but some of their behavior can be frustrating. Well, it turns out we are partly responsible for some of their peculiar habits.

Dogs can pick up habits through either imitation or reinforcement. Your dog might be rubbing against you because you encourage it, whether you do it knowingly or not.

For instance, they will keep nuzzling if they get attention or praise each time they do it (attention itself is a form of reward).

Fortunately, just as easily as you give your dog attention and praise, you can also stop doing it. That way, the dog will learn in the future that rubbing on you doesn’t give him anything and should stop doing it.

Dog’s limbs can’t really reach around their body that well.

For that reason, If your dog’s skin is itching or they lack your touch, they may also rub on you to alleviate that.

They Are Being Submissive

There is a lot of misunderstanding when it comes to submission and dominance in dogs. For instance, aggression is not necessarily a sign of dominance. Instead, it could also be because of anxiety.

Likewise, submission doesn’t mean the dogs see you as some god.

Rubbing against you may be one of the signs of submission. But not in the way you think. Submission means the dog trusts you rather than fears you. A good scenario is when there are other dogs around.

In such a situation, the dog might rub against you while trying to hide behind you. They are trusting you to protect them from the perceived threat. 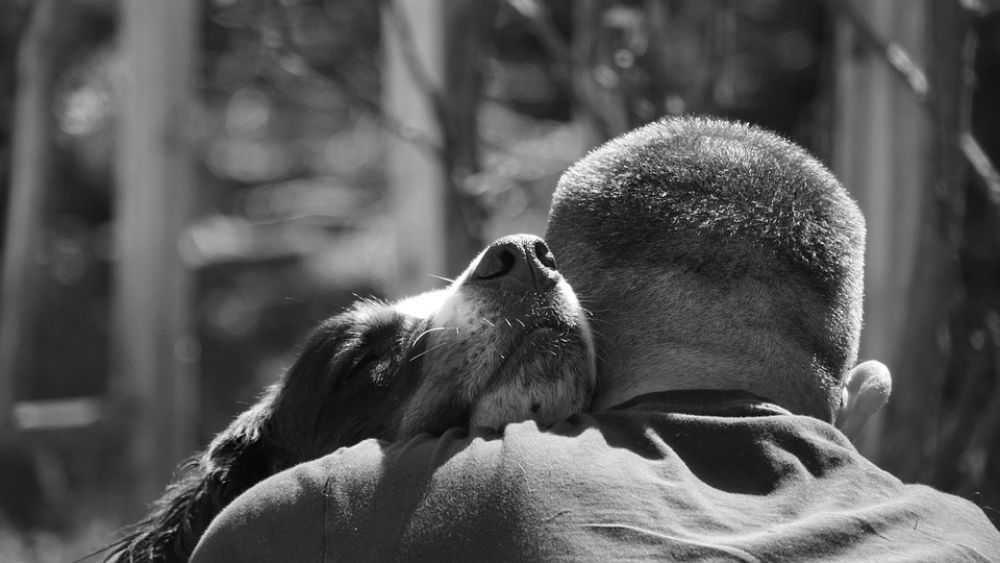 Like humans, dogs experience a full range of emotions. Fear and anxiety are pretty common with dogs. However, it is more common among dogs who have undergone a traumatic experience.

One of the most common emotional traumas is separation anxiety. Unfortunately, about 20% of the dog population has this problem.

Dogs and other canines get comfort from being in a pack. This behavior translates to a domestic setup. Your dog views you as a member of the pack. Therefore, separation could be traumatic, even if it’s just for a few days.

Rubbing against you reassures the dog of your presence. It makes them feel safe and relaxed.

They Picked Up the Habit from a Cat

Dogs are expert imitators. They pick up habits they see in humans, other dogs, and pets around the house. Research has shown that dogs automatically imitate their owners even ten minutes after the action.

Mimicry in the animal kingdom is mainly a survival tactic. It doesn’t have to be within the same species.

Since cats and dogs are the most popular pets, the two are likely to coexist. In some cases, they even form a close friendship.

A puppy is likely to pick up on the cat’s nuzzling habits if it seems to get favorable treatment. So if your dog is close with a cat, they might pick up a thing or two from each other.

They Are Trying to Rub Their Scent on You

Most animals are territorial in one way or the other. In the wild, canines live in designated territories. This structure keeps the peace by ensuring nobody encroaches.

Some dogs don’t like the idea of you getting cozy with other dogs. So, they may spread their scent all over you to “mark” you for other dogs.

Cats and dogs have a gland on their face and body that produces pheromones. So when they rub against you, their scent remains on you.

Humans can’t pick it up, but other cats and dogs will. This is the dogs’ way of guarding things or resources that are important to them. Territorialism is normal except when the dogs get too aggressive.