Why Do Dogs Wink?

By Aviram K.
Published in Training & Behavior
May 20, 2021
5 min read
✏️ This article has been reviewed in accordance with our editorial policy.
🏥 The information in this article is not a substitute for professional help.

A dog winking is an amusing and adorable sight.

You may have witnessed your own dog doing it himself a bunch of times.

Did he just wink at you intentionally? What is he trying to convey by winking at you?

Generally, dogs wink intentionally to seek attention, to imitate a person, or to appear less aggressive. Winking may also be unintentional as a result of an underlying health condition. For that reason, if the winking happens excessively, take your dog to the vet for a checkup.

A dog winking is not always apparent because your dog may just be trying to be cute. On the other hand, they could also be suffering from an underlying health condition.

With such diverging possibilities, it is crucial to learn to tell the difference. Keep reading to find out the real reason why your dog is winking.

Why Does Your Dog Wink at You? 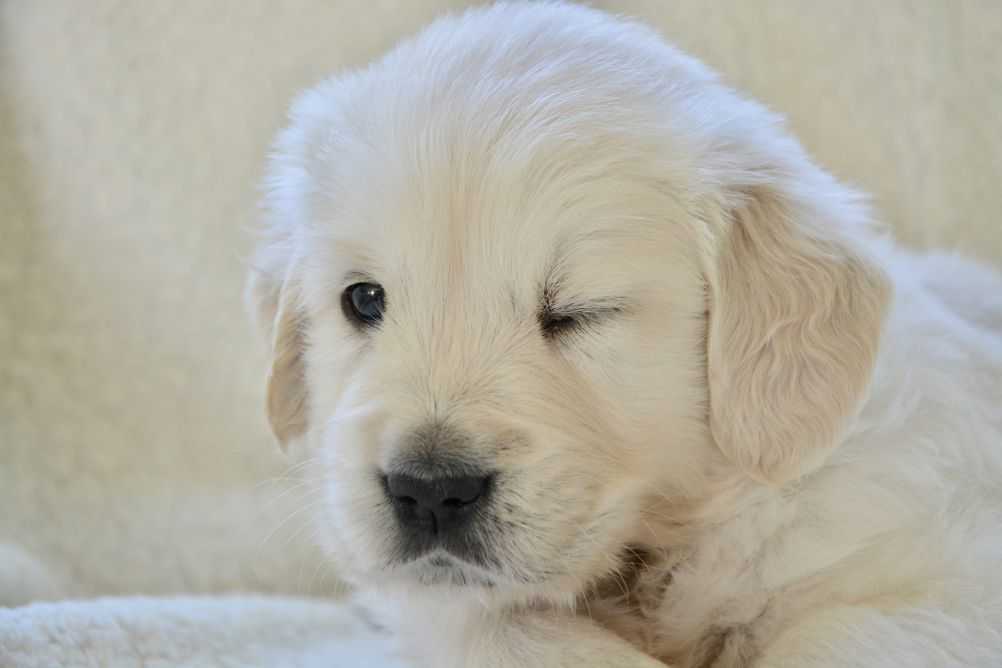 Depending on the underlying course, dogs wink for a wide variety of reasons.

The exact cause will depend on the situation, health, and personality of the dog. Here are some of the common reasons why dogs wink.

If you have ever seen two dogs about to fight each other, you may have noticed it starts with a staredown. On the other hand, people expect eye contact when having a conversation. It is a sign that the other party is paying attention.

However, your dog will interpret direct contact as aggression.

In the wild, staring down is how most canines establish dominance. The first canine to break eye contact recognizes the other as the alpha.

It is a sign of submission and helps keep the peace. If neither party is willing to concede, they will have to duke it out.

Dogs are very loyal to their human friends and family. The last thing they want to do is fight you. So when you start staring at them, they are thinking, “How do I get out of this?”

They make peace by breaking eye contact. One way of doing that is by winking. However, in most cases, the dog will cast their gaze down for a bit or look elsewhere.

They are Trying to Imitate You

Dogs are natural imitators, but they are not copycats. Most dogs only imitate behaviors they deem useful.

The American Kennel Club (AKC) studies show that dogs can copy actions through observation. This skill can include activities like turning a switch on and off to more subtle things like winking.

Since dogs can’t speak, they learn to study you.

For instance, almost all dogs break into a run if you start running. They also sleep when they notice you are sleeping.

The same goes for emotions. If you are agitated or angry, your dog will also seem unsettled. Imitations are the dog’s way of learning how to behave “appropriately” around you.

A dog’s ability to imitate what they see is a useful trait during training. So, if you wink at your dog a lot, chances are that they will eventually pick up the habit.

However, imitation is not always a good thing. Dogs can also pick up terrible habits from people, such as sitting on the couch all weekend.

They are Seeking Attention

Dogs are generally social animals. It is this trait that makes them such great companions. They are also more intelligent than most people give them credit for.

Unfortunately, we can’t always be at their beck and call. To survive, most dogs find a way to get your attention when they need you.

For instance, if your dog wants to go for a walk, they try to let you know in the best way they can.

Common indications include scratching the door, whining, jumping, or bringing you toys. Winking can fall into this category, especially if it’s something you do a lot.

Some dogs may come across as too needy. Of course, you should always pay attention to your dog. However, the Anti-Cruelty Society advises people to structure their playtime.

Set aside regular playtime in the day. It reduces the chances of your dog seeking attention at odd hours when you’re busy.

They have a Medical Condition 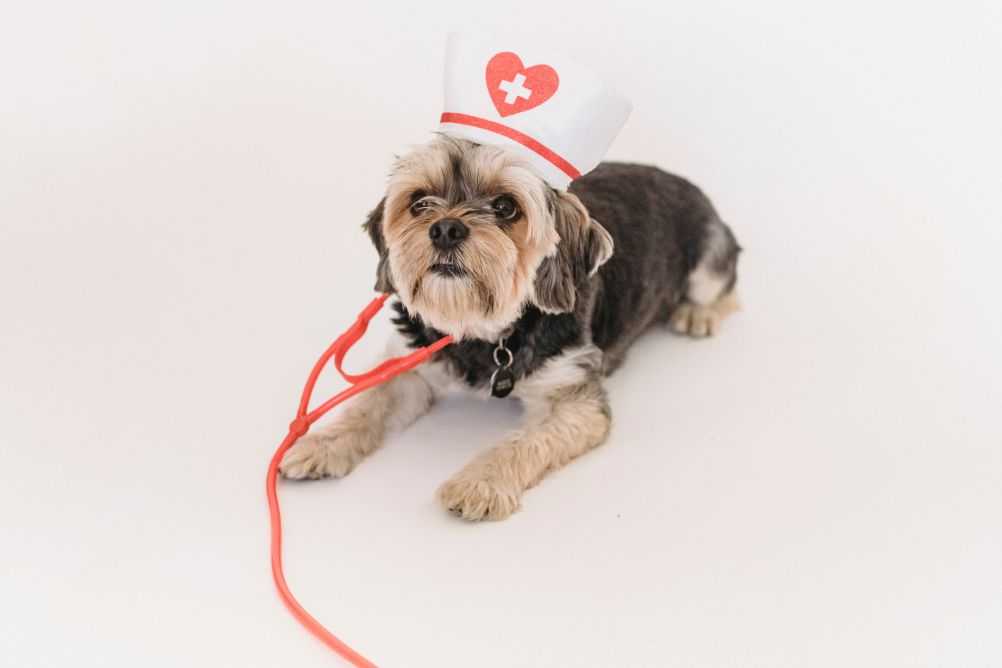 Entropion is at the top of the list of health conditions that may be causing involuntary winking. It is a genetic condition in dogs that causes inversion of part of the eyelid. The folded eyelid irritates the dog’s eye resulting in ulcers and perforation of the cornea.

A wink is a way to soothe the pain or reduce discomfort. Unfortunately, entropion is very common among breeds with short noses. The risk is higher for bulldogs, golden retrievers, and bloodhounds. Other red flags include red eyes, excessive tearing, and eye discharges.

Winking can also occur due to eye infections and inflammation (Blepharitis).

If you notice any red flags or signs that your dog’s eye may be irritated, please visit the vet to rule out those conditions.

Can You Teach Your Dog to Wink?

You can definitely teach your dog to wink. Dogs are capable of learning many tricks, winking included. However, teaching your dog to wink may prove somewhat difficult at first. Although all dogs wink, training them to do it on command is another matter.

Difficult is not impossible, though!

How to Train Your Dog to Wink

Teaching your dog to wink requires some skill on your part. It is slightly more complex than training a dog to fetch or high-five.

Here is a step-by-step breakdown of how to teach your dog to wink.

The first step in training is physically luring the action from the dog.

The goal here is to make the dog wink involuntarily. To do this, try touching the whiskers on one side. The dog should squint or wink on that eye.

Another approach, although less efficient, is to wink at the dog when they are staring at you.

Capturing involves waiting for the dog to wink voluntarily. For our case, the goal is to make the dog wink on its own.

You likely have to wait for the dog to wink and then try to tell them that’s what you want. The challenge for the dog is figuring out that you want them to wink.

Mark and Reinforce the Wink

This is where you tell the dog what action you want.

After you get your dog to wink (or if he winks voluntarily), use a verbal command, like “wink,” and immediately reward.

As a reward, you can use something your dog really loves. Some dogs are more food motivated than others, while others are more praise or play motivated. Figure out which is more suitable for your own dog.

It may take your dog a while to figure out what is earning him the reward. You will have to be patient and let him “crack the code.”

Dogs learn through repetition. It helps them narrow down the action and recreate.

This is also when the dogs learn to associate the verbal cue, the wink, and the reward.

Dogs are generally bad at generalizing. So, once your dog masters the command in one location or situation, continue practicing in many different situations.