Couch-Potatoes: Why Your Dog Does Nothing All Day & What to Do About It

By Aviram K.
Published in Training & Behavior
January 23, 2023
6 min read
✏️ This article has been reviewed in accordance with our editorial policy.
🏥 The information in this article is not a substitute for professional help.

Our four-legged best friends are often represented as adventurous and apt for getting out into the world on wild hiking trails, car camping journeys, and beach romps!

But what if your dog is the complete opposite of this and prefers to lounge all day instead?

Dogs are lazy due to breed characteristics, personality, their owner’s habits, lack of stimulation, age, or a medical reason causing lethargy. Being inactive isn’t good for the dog’s joints and overall health. Encourage activity with a vet visit, better nutrition, more walks, more playtime, and changing the owner’s habits.

In this article, I will put a spotlight on the lazy hounds we know, exposing why they might be so inactive, whether or not this is a bad thing, and what you can do to encourage a bit of activity.

Table of Contents
01
Why Your Dog Does Nothing All Day
02
Is It Bad That Your Dog Is So Lazy?
03
Solutions for Inactivity

Why Your Dog Does Nothing All Day 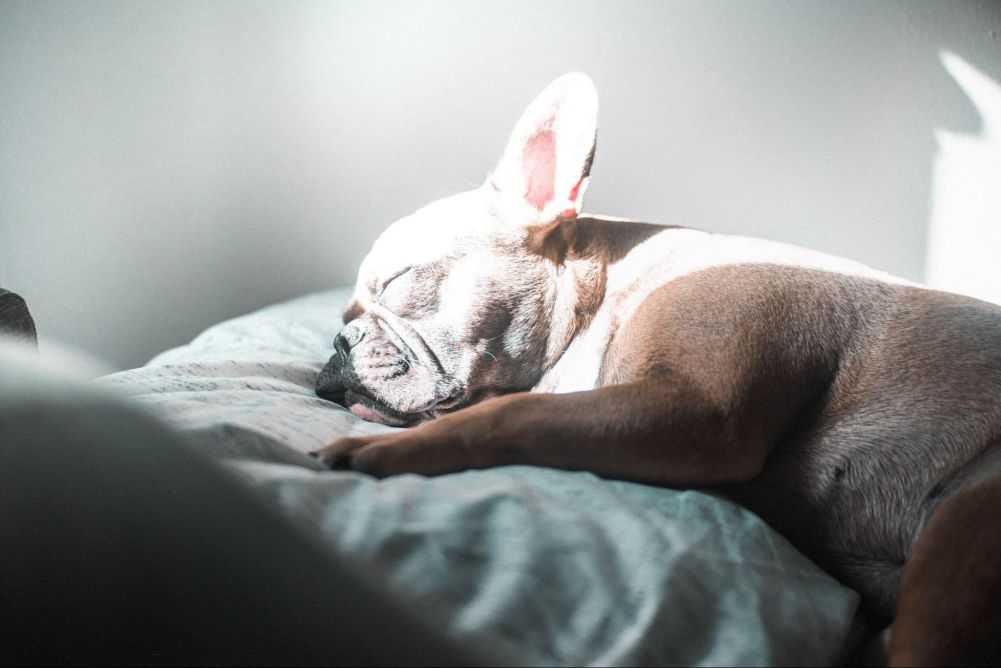 There are various reasons why your dog does nothing all day, ranging from their own wants all the way to your own habits.

Believe it or not, there are dog breeds that were created for couch potato-ness. These are called lap dogs, genuinely bred to spend the day in your lap. As such, laziness tends to be a part of the breed’s characteristic (otherwise, the dog wouldn’t be content hanging out on you all day).

Breeds such as the shih tzu, Cavalier King Charles spaniel, Japanese chin, Tibetan spaniel, and pekingese are all breeds that prefer to sleep on your lap rather than doing anything active.

Believe it or not, there are some athletic breeds that are prone to inactivity as a characteristic as well. Sighthounds such as the greyhound are naturally lazy unless their prey (like a wild rabbit) stimulates them to be otherwise. The same goes for giant breeds such as a great dane. Funny enough, equestrians can relate to this; as much as horses are seen as athletic, they’re lazy by nature and will only move when being made to do so.

Some breeds that have larger bodies and flatter faces, such as the bulldog, are inactive due to their own physical limitations. The original version of the breed didn’t suffer from breathing issues and heavy weight, but the modern rendition of them does. Bulldogs tend to suffer from narrowed airways, which can make physical activity challenging. As such, a dog that was once an athlete that took down bulls (hence the name) is now known as a rather inactive and lazy breed.

Regardless of the above, some dogs are just lazy and unmotivated by personality. The same goes for people; some just don’t enjoy doing anything and would rather not be physical!

Even breeds that are known for being crazy with energy, such as the border collie, may have an outlier that would prefer to sleep on the couch than herd sheep. Likewise, stereotypically lazy breeds can be full of energy and want to play all day!

Dogs are like sponges, and they absorb the information we give to them. As canines communicate more with behavior than any sort of verbal cues, they pick up on how we behave very quickly.

If you are a lazy person yourself (like me), your dog will be inclined to be the same way.

This is especially prevalent in puppies who look to you to learn. If you spend the day doing nothing, your puppy will mimic you and do the same thing. There really is a lot of truth to dogs being a lot like their owners.

Not all dogs are good at entertaining themselves or relieving their own exercise needs. If you haven’t stimulated your dog to move around or do something, they may not be inclined to do it themselves. Likewise, if your dog doesn’t have toys they enjoy, this can also cause it. As such, a lack of stimulation is one of the top culprits of a lazy pup.

You can tell this is the case if your dog is eager to go out and move their body around when presented with the opportunity but will laze around if not given the opportunity.

If you once had an energetic pup who now prefers to be a couch potato, it very well could be age. Much like humans, the body has trouble working in older age the way it did in youth. As such, the older your dog gets, the less energy they have and the less their body wants to cooperate.

Older dogs are more inclined to be lazy than their younger counterparts.

If your dog is suffering a bout of lethargy, this is due to a medical reason. Lethargy is when your dog lacks energy. Lethargy can occur due to lack of proper nutrition, hormonal imbalance (such as a thyroid issue), or various pains such as stomach aches or joint flare-ups.

Is It Bad That Your Dog Is So Lazy?

Generally speaking, being inactive is certainly not a good thing. It’s not the worst of things depending on the reason for inactivity.

If your dog is inactive due to lethargy, that’s definitely a bad sign - a medical issue is occuring and should be remedied immediately.

But if your dog is inactive due to breed characteristics, personality, lack of stimulation, or your own habits, it’s not an immediate cause for alarm. However, your dog should be encouraged to move around and get their body going because being a couch potato too much can have unfortunate implications for the body.

Just like in humans, weight gain, muscle degeneration, digestive issues, joint issues, and even impacted mental cognition can all be the consequences of living an exercise-free lifestyle. All of these lead to much bigger medical issues the older your dog gets (again, just like with people!).

As such, even the laziest of pups need to be encouraged to move around (at least a little bit!). 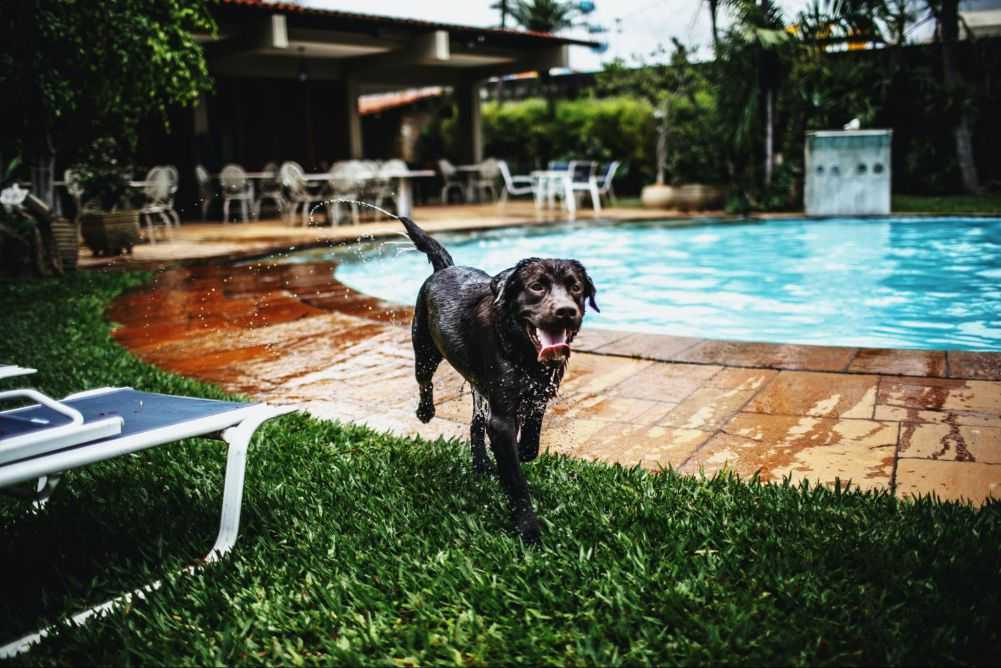 The solutions for inactivity aren’t too complex - encourage more movement by being a good influence on your pup!

First and foremost, it’s always a good idea to rule out a medical cause before determining what else is causing the lack of movement.

Schedule an appointment with your dog’s vet to see if there could possibly be something amiss in that regard. If the tests all come back clean, negative, and healthy - then the rest of the solutions can be pursued!

Just like with people, what you put in your dog’s body makes a difference. Food that is rich in nutrients will encourage more energy in your dog than cheap food full of filler.

High-quality dry food, a cooked diet, or a raw diet can provide great nutrition for your dog that will give them plenty of reasons to not be lazy.

The quickest way to fix the inactivity issue is to talk Fido out on a walk! You don’t have to go long distances (as a couch potato dog simply won’t have the stamina when first starting), but you can build up to longer walks over time.

Dogs love being outside, especially with all of the smells, sights to see, and lovely weather to enjoy! If your pup is hesitant about going outside due to fear, this is a great time to work through your dog’s issues and help them live a more fulfilled life.

Setting dedicated time to play with your dog is another great stimulation you can provide for them. Surprise your pup with new toys, especially those that work their brain (such as a Kong toy filled with frozen peanut butter or a Snuffle mat with treats hidden in it).

Sit on the ground and play tug with your pup, throw a ball for fetch, and otherwise roll around with your four-legged best friend! Dogs naturally love playing, especially as puppies. Sometimes, the problem is simple: your dog just doesn’t want to play by themselves!

Training for tricks, a sporting event, or household manners are all ways to keep your dog active as well. Not only does training work their bodies, but it also works their brain.

Look into enrolling your dog in a dog training school, a class for a dog sport such as nose work or agility, or just do some trick training from a home YouTube instructional video! Whatever you do, it’ll build your bond with your dog and get them off of the couch for an hour.

Changing Your Own Habits

Even with a busy 9 to 5 work schedule, you can still change your own habits to be better for both yourself and your dog. Committing to a walk in the morning and a walk after work can improve both your overall health and help your dog not be inactive all day long!

Commit to being healthier yourself, and your dog will follow.