Why Do Dogs Lick Other Dogs’ Pee?

By Aviram K.
Published in Training & Behavior
March 23, 2022
5 min read
✏️ This article has been reviewed in accordance with our editorial policy.
🏥 The information in this article is not a substitute for professional help.

There’s nothing your pup could ever do to make you love them less. But you have to admit, some of the things they do downright weird you out sometimes!

Dogs are man’s best friend, but they certainly do live by a different code of conduct than humans. As a result, they get away with things that would, at the bare minimum, get you backhanded or, worse, have the police called on you.

One notable thing your pup gets away with that you would never? Licking another dog’s pee!

But second of all and perhaps most mind-boggling…why do they do this?

Dogs lick other dogs’ pee out of instinct. Licking another dog’s pee tells them essential information about that dog, like if they are fixed or not, whether they’re in heat, where they’ve been, and even how they’re feeling. This is normal, but there are ways to help your pup stop.

In this article, I will explain why dogs lick each others’ pee and uncover whether you should let your dog lick another dog’s pee. Finally, I will wrap things up by providing tips for how you can help to stop your dog from licking another dog’s pee if you so wish.

Does all this talk of your furry best friend licking another canine’s pee make your stomach turn? Try not to judge your pup too hard. There’s a reason they’re doing this, I promise!

Come with me to learn why.

Why Dogs Lick Each Others’ Pee 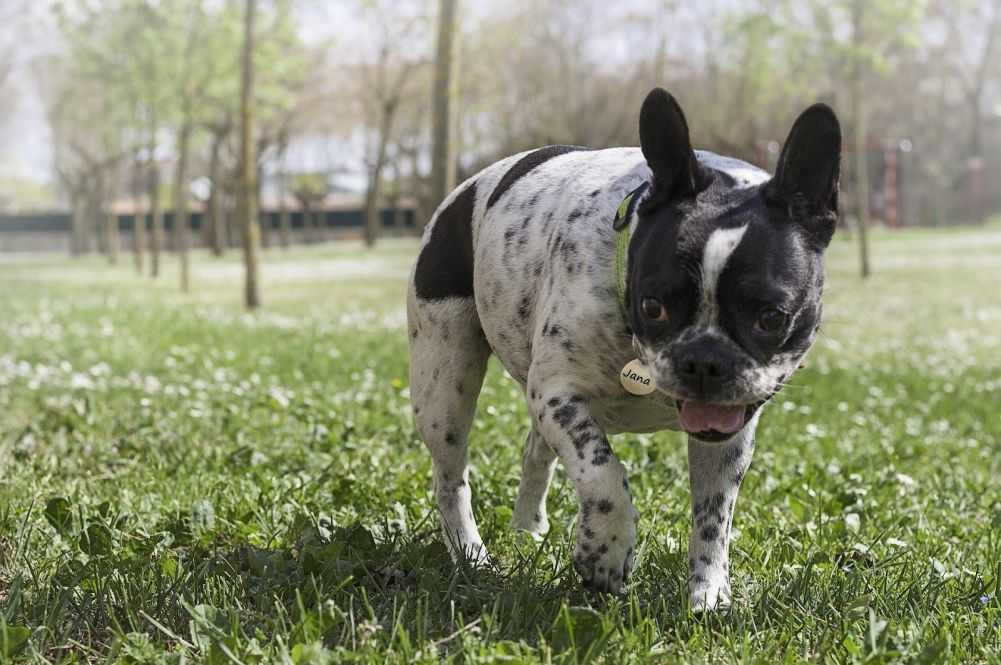 You may think there are few things as rank and confusing as watching your pup go out of his way to ingest a heaping mouthful of another dog’s urine. I hear you!

It helps to keep in mind that dogs are a totally different species. Though we share things in common, their instincts are not the same as ours.

With that firmly implanted in mind, let’s delve into why exactly dogs do this. It comes down to information gathering. Your pup is a super-sleuthing machine!

Think of it this way, humans stalk one another relentlessly all the time. Remember last time you heard your friend was talking to a new guy? Or a new colleague joined your team at work? One of the first things you likely did was Google, these strangers.

And you probably combed their social media profiles with a hawk-eye!

You probably leave no stone unturned when you want to suss out a new individual. You want to know what they’re like if they’re a potential threat, whether they’re going to be cool…or a big ol’ headache.

So, imagine there was a magic substance you could lick that would tell you all of that information instantly. No keyboard required!

That’s essentially what your pup is doing when they sniff another dog’s pee. Your dog’s Vomeronasal Organ, also known as the Jacobson Organ, is ground zero for your dog’s olfactory center. Your pup’s keen sense of smell and curiosity leads them to explore the clues found within another dog’s pee.

Your dog can learn all about the other dog’s most intimate details, including:

Dang, that’s a lot of info!

Licking another pup’s pee is how your dog gathers in-depth intel about the other dogs around him.

Still, think it’s a little nasty? I get it!

But now that you know Fido’s pee-licking is the doggy equivalent of low-key stalking someone online, it is much more understandable. Only humans do it in the shadows, and your pup struts boldly up to their target in broad daylight and gets the answers he wants…straight from their pee!

Should You Let Your Dog Lick Another Dog’s Pee?

While it may seem a bit repulsive, it is totally okay to let your dog lick another dog’s pee.

As long as dogs do not have an infection, their urine is typically considered clean. The exception to this rule is if a dog has spirochetes bacteria in their urinary tract. This bad bacterium causes Leptospirosis infection, also known as Lepto.

But even if a dog has the misfortune of lapping up some infected urine, as long as they are up to date on all their vaccinations, they will usually be fine. Thankfully!

So, it is technically okay for your dog to lick another dog’s pee at the end of the day. This is regular doggy behavior and truly nothing to be alarmed about.

How to Stop Your Dog from Licking Another Dog’s Pee 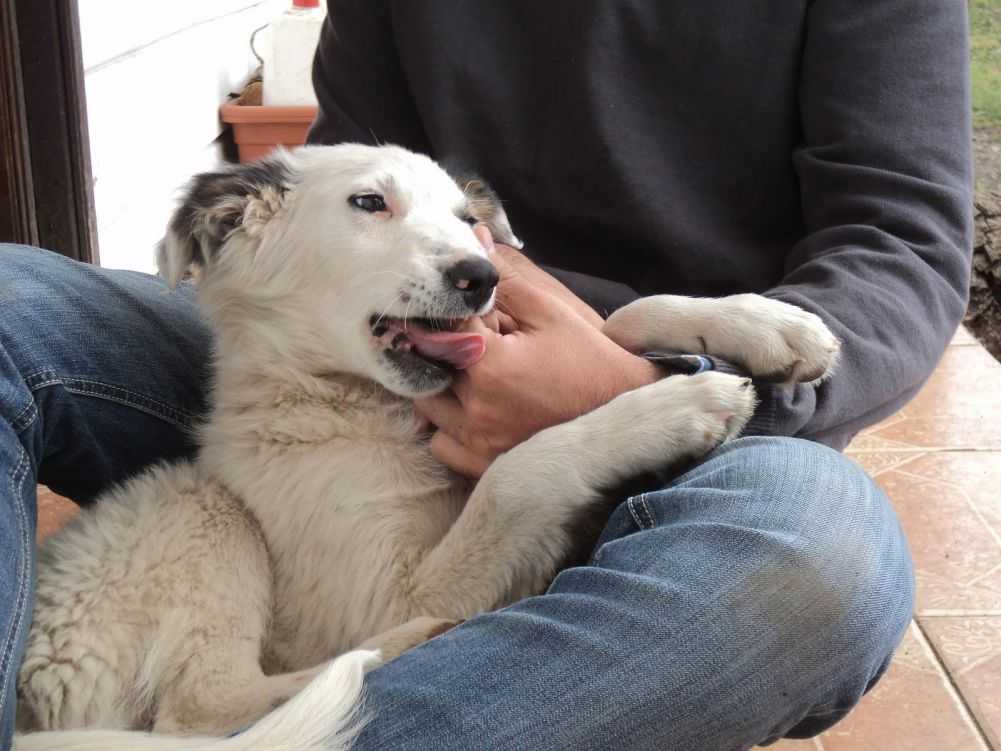 There’s nothing wrong with your dog licking another dog’s pee. But it makes sense if the inherent “ick” factor gets to you. Luckily, there are ways you can discourage your dog from doing this!

Here are some strategies to try with your pee-licking pup:

Everything in you may want to screech in disgust when your pup’s tongue goes toward a big puddle of pee. But try to remain calm!

This can be difficult but keep in mind your pup is only acting out of instinct. They aren’t trying to be nasty in any shape or form. So, it helps to not shame them and see their behavior as natural as breathing. Because to them, it is!

Whether positive or negative, any reaction to your pup licking another dog’s pee will likely keep the behavior going. Attention is your pup’s goal, and if they feel like licking pee gains them that coveted currency, they’ll keep doing it! In this case, no reaction is the best reaction.

You may succeed with getting your dog to stop licking other dogs’ urine if you gently but firmly redirect their attention elsewhere.

You can do this by:

Stay Away from Known Hot Spots

Is there somewhere you notice your pup seems to run into more pee than usual? Areas that are highly trafficked by other dogs may be hotspots for dog pee! Sometimes, more dogs will be drawn to the area and pee there themselves if a dog has peed somewhere before.

This can make for a hodgepodge collection of urine your dog may be attracted to.

If you’ve noticed a certain street, trail, or park that seems particularly saturated with dog urine, avoid this area altogether. By default, being removed from the source may help your pup cut down on his pee-licking ways. 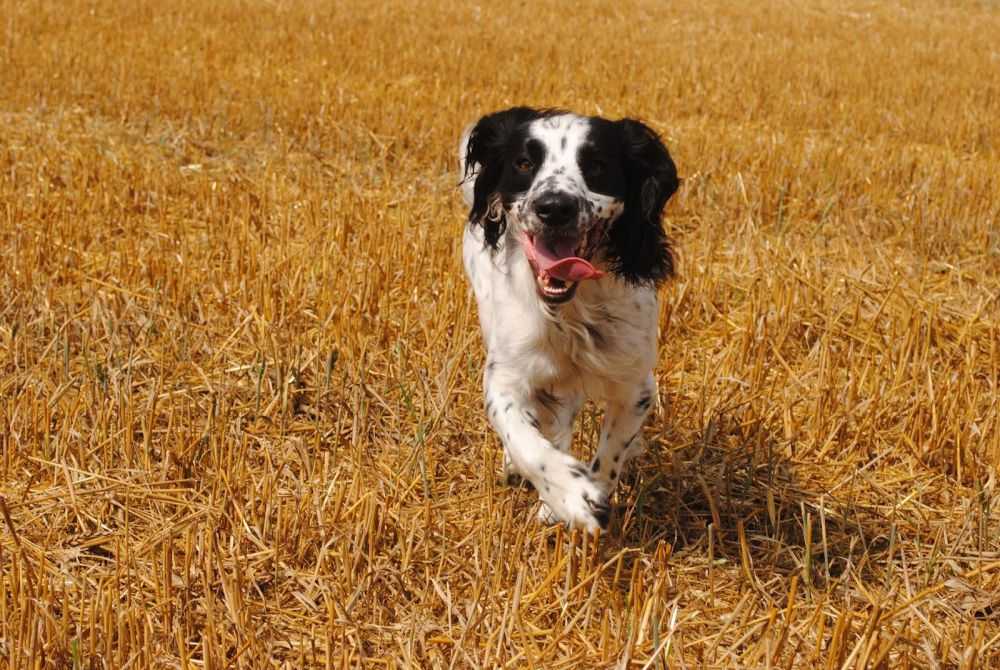 While your dog licking another dog’s pee may feel off to you, there is truly nothing wrong with it. This is one of those times your dog gets a free pass to be a dog…which sometimes can be slightly gross!

Licking another dog’s pee feels like second nature to your pup. They are exploring their world and gathering information. In reality, they’re actually working pretty hard to learn and be informed in the best way they know how.

Sure, you may think it’s kind of a yucky thing to do. But there are probably some strange things you secretly wish you could get away with too!

Cheers to your pup being a pup and to all of the quirky little differences that entails!