Why Does Your Dog Stand in Your Lap or Body?

By Aviram K.
Published in Training & Behavior
Updated at November 14, 2021
4 min read
✏️ This article has been reviewed in accordance with our editorial policy.
🏥 The information in this article is not a substitute for professional help.

Our furry best friends are quirky and unique, with much of their behavior giving us a good chuckle or a big eye roll!

One such unique characteristic is a dog’s propensity of standing on your body - as if they aren’t aware that their own paws are digging into every pressure point!

You may be wondering whether standing on your lap or body is just blissful fun or a very intentional act.

Generally, dogs stand on humans when they want attention or affection. However, some protective dogs may stand on laps to be on guard for their person. It is also possible that the behavior is due to expressing dominance.

In this article, I will explore the top five reasons that dogs insist on standing on you - and whether or not this behavior should be encouraged.

Table of Contents
01
This is Why Your Dog Stand in Your Lap or Body
02
Should You Allow Your Dog to Stand on You?

This is Why Your Dog Stand in Your Lap or Body 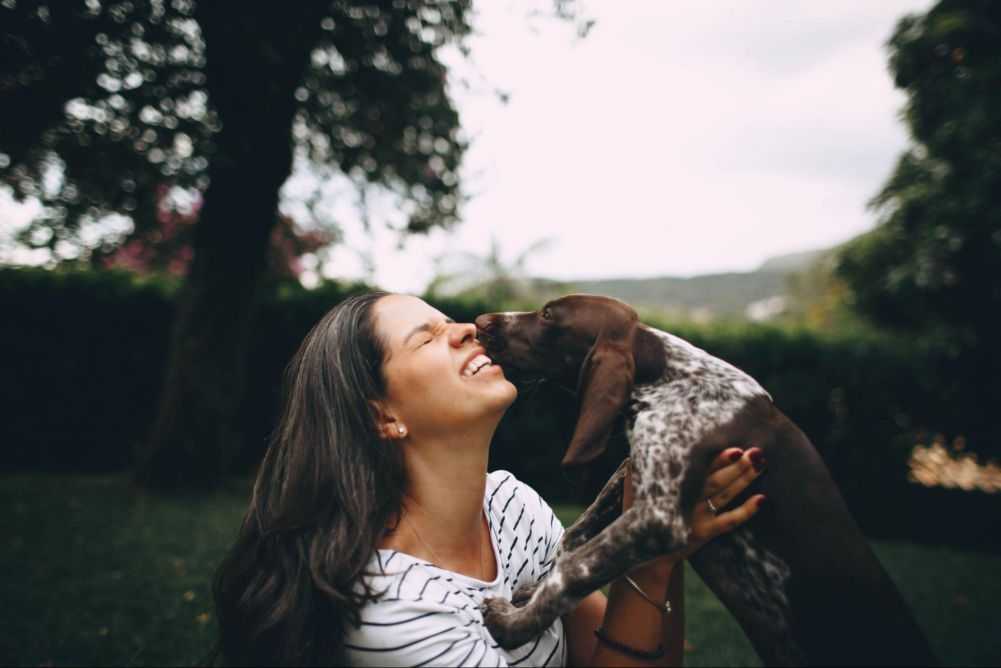 Dogs are genuinely regarded as one of the most affectionate animals in the world. Their capacity to form tight bonds with humans has been regarded for thousands of years. Today, we still readily choose the companionship of our dogs - and this comes with a slew of behaviors expressing such love.

Standing on your lap or body can be firmly rooted in their love for you. Your dog may be trying to get as close to you as possible or indicate that they want some love and cuddles!

A natural response when a dog comes up to stand on you is to start petting them. As such, we’ve also effectively rewarded the behavior and told the dog that if they want our pets…. All they have to do is stand on our lap.

Affection being the reason for standing up on you can quickly be figured out based on your dog’s body language.

If their tail is wagging, shoulders are relaxed, and for some breeds, ears pinned down in a happy position, your pup is likely trying to tell you how much you mean to them and expecting the same in return.

Standing on your chest is easy access to your face for licking too! 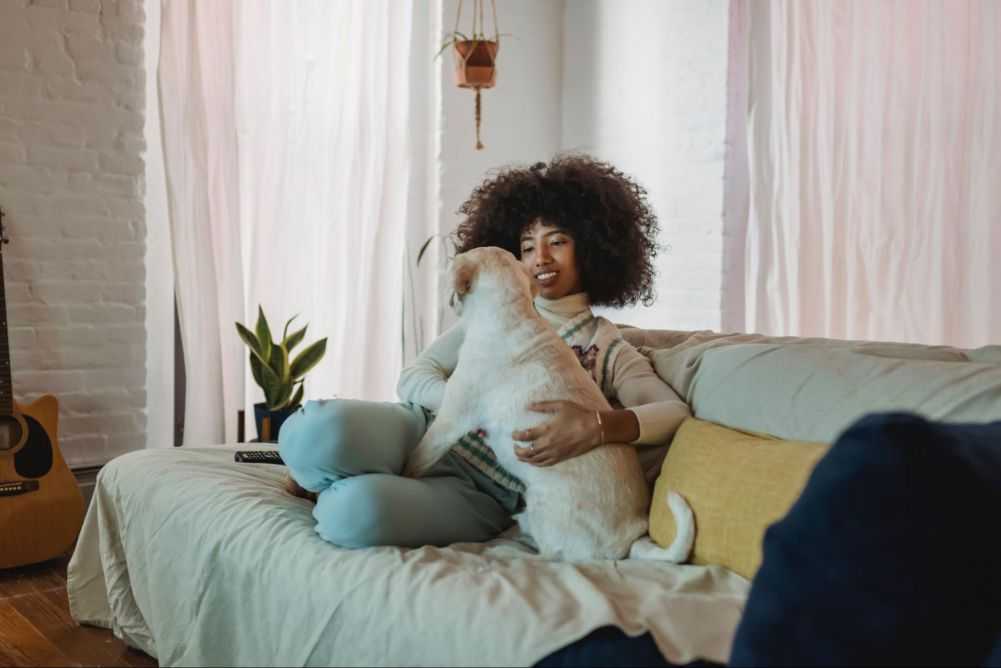 Alongside affection, that strong bond our two species share also manifests in protection. Some dogs, whether due to their own personality or having been ingrained in their breed, are very protective of their loved ones.

For some smaller dogs, standing on your lap and looking outward (or away) from you is a sign that they are on high alert, watching for any suspicious behavior to keep you safe.

Wolves, our dog’s great ancestors, tend to stand over whatever it is that they are keeping watch over because this is the most efficient way to achieve their goal of guarding.

Although much of the wolf’s primitive behavior had been bred out of our modern dog breeds, some bits and pieces of biological memory still exist - and this could be one of them. 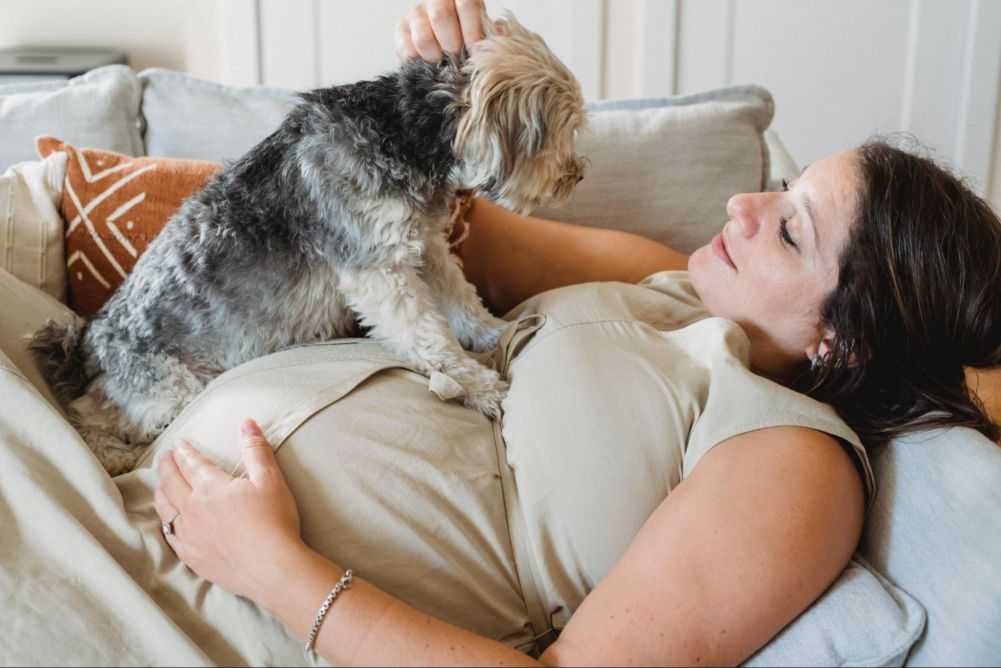 Dogs find clever ways to communicate with us, and standing on your lap or body is one such way. For example, if your dog needs something, such as food or a good ol’ walk, they may stand on top of you to become eye level with you.

Staring at your face often indicates some sort of desire, especially if your dog isn’t displaying common affectionate body language (that would otherwise indicate a wanting for pets).

If you notice your dog standing on you coinciding with common breakfast or dinner times, every few hours when it’s time for a potty break, or similar timing associations, the behavior is likely because your dog is asking for something. 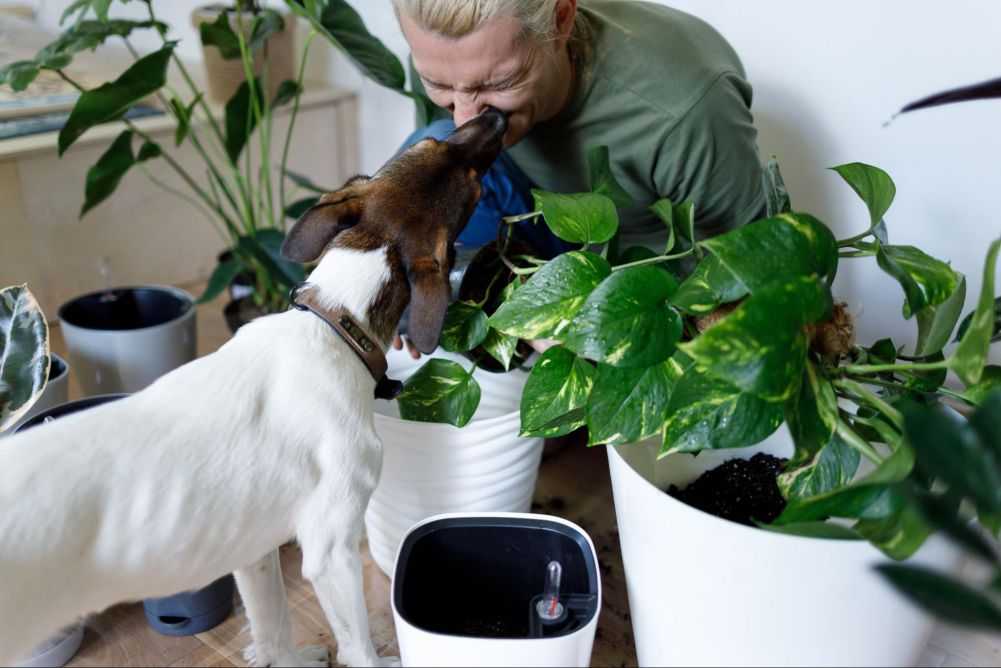 If your pup is bored, they may run up to stand on you to get your attention!

Dogs get bored fairly quickly and look to us to be their source of amusement and entertainment. This can be frequently associated with you not paying attention to your pup for a few hours, whether due to work or just watching TV.

Some owners love this behavior because it’s like your very own personal clock to let you know that you’ve been complacent for too long. A dog can be a great way to remind you to get off the phone or computer and do something more active.

Others find this act a bit more of a nuisance, especially if the dog is frequently doing it. An easy solution is to provide your pup with enough stimulation and mental enrichment to keep them occupied, entertained and exhausted as a result.

Playing fun games before sitting down to work or relax is a great way to do so, as well as acquiring puzzle toys that keep a pup busy.

The topic of dominance is widely debated in the canine community and can be contentious. Earlier belief stated that a dog stands on top of their human to assert their dominance, playing into the historic Alpha Theory.

Alpha Theory speaks on dogs asserting their power over you and was often used in dog training to encourage individuals to assert dominance over their dog instead.

This theory has long been disproven in dog training, but that doesn’t mean that dominant behavior in your puppy doesn’t exist. Of course, it doesn’t exist in the same capacity as, say, in wild canids (domestic dogs haven’t been seen to hold the same hierarchy ideas), but it can still exist.

For some dogs or dog breeds, standing on top of you can be a flex on their power. By standing on you, the dog is rubbing their scent on you to assert you as a part of their territory towards other dogs.

Standing in your lap or on your body to specifically tower over you can be a way to indicate that your dog feels they are in charge, making themselves larger than you.

Standing as a form of dominance can be tricky to read, unlike some of the other behaviors. Be attentive to your dog’s body language and behavior directly before standing up on your lap or chest. If the dog seems rigid or constantly challenges you, this is a strong indication.

Should You Allow Your Dog to Stand on You?

Now, should you allow your dog to stand up on you? That answer really depends on you! Generally, this behavior isn’t a cause for alarm and isn’t necessarily something you absolutely have to deny.

If the behavior is for positive reasons or as a way to communicate, some dog owners enjoy their dog standing on them.

For others, this could be a nuisance, and as such, you’ll want to train the behavior out. If being stood on is a sign of dominance, then you have a much bigger problem than a dog in your lap - and the root cause of this behavior should be what is remedied.