Are Hyenas Dogs? Can They Interbreed?

By Aviram K.
Published in Other Animals
January 24, 2021
2 min read
✏️ This article has been reviewed in accordance with our editorial policy.

The appearance of hyenas looks somewhat similar to that of dogs and even some cats. Does that mean that hyenas are kind of dogs or cats? Are they related to each other, or is it just a coincidence?

Hyenas are neither dogs nor cats as they are not a part of the same biological family. However, hyenas are a bit more closely related to cats than dogs.

Okay, but how different are hyenas from dogs really? Let’s explore that further.

Table of Contents
01
In Biology Terms
02
Hyenas Compared to Dogs
03
Can Dogs Breed with Hyenas?
04
In Summary

In simple words, it means that differences in dogs’ and hyenas’ genes are large, and the main similarity between them is that both are meat-eating carnivores.

Now, let’s look at the main physical and behavioral differences between dogs and hyenas.

When compared to dogs, hyenas have:

Most hyenas are also physically much larger than most dogs. Spotted hyenas can be up to 3 feet tall and weigh up to 140 pounds. Quite similar to a large dog, like a Mastiff, for example.

Hyenas are also strictly carnivores, while dogs are herbivores. 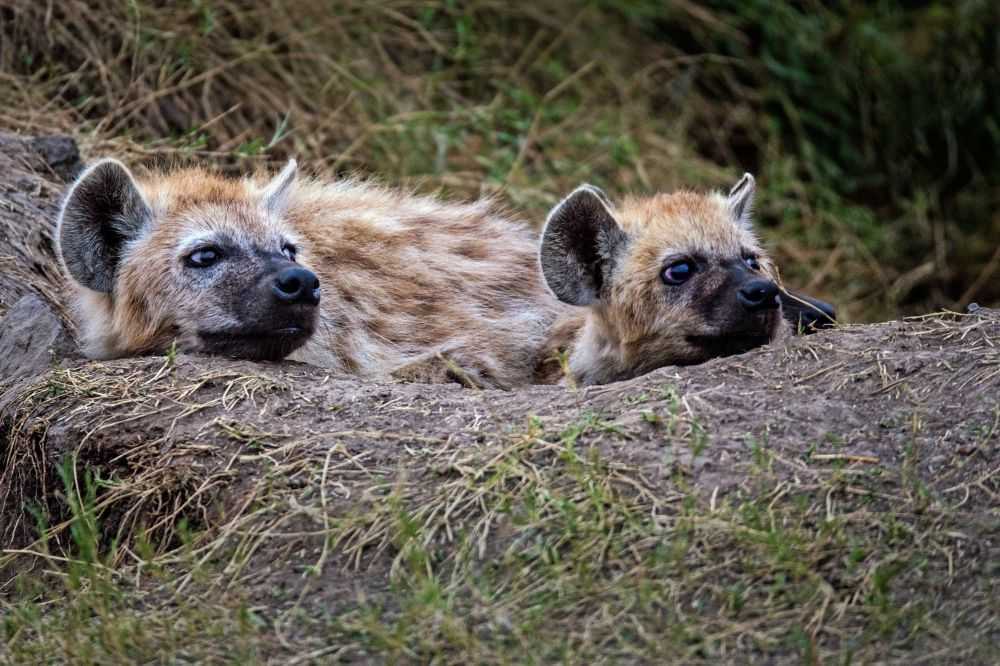 Hyenas differ in the way they structure their social groups.

Dogs live in packs of about 5-10 individuals that are led by an alpha male. On the other hand, Hyenas live in groups called clans, containing up to 80 individuals and are led by a female. That’s because female hyenas are generally larger and stronger than male hyenas.

When it comes to their habitats, female hyenas tend to leave the den and create a new den to privately rear their offspring. In comparison, dogs move their entire dens around based on predators’ threats or other environmental changes and care for their young collectively.

Although the differences between dogs and hyenas are vast, they do share some behavioral traits too:

Can Dogs Breed with Hyenas?

There are some bizarre animal hybrids out there. Can dogs and hyenas create another weird combination?

Dogs and hyenas cannot interbreed and create fertile offspring together. They are considered different species entirely, and their genetic makeup is vastly different.

While dogs and hyenas can seem somewhat similar in appearance, they are very different species. Hyenas share some physical and behavioral characteristics with dogs and cats, but the differences are numerous. Hyenas cannot interbreed with dogs or cats.