How to Know When Your Male Dog Wants to Mate: Signs to Watch out For

By Aviram K.
Published in Dog Ownership & Care
August 16, 2022
5 min read
✏️ This article has been reviewed in accordance with our editorial policy.
🏥 The information in this article is not a substitute for professional help.
🔗 This article contains affiliate links. We may earn commission when you buy through them.

Keeping unaltered male dogs in the home can be quite an endeavor versus their neutered counterparts - so knowing when your male dog wants to mate can allow you to mitigate some of the behavior associated with these hormonal urges.

If you’re able to nip it in the bud early, you can avoid some of the problems associated with the instinctual need.

Signs that a male dog wants to mate include more aggressive behaviors, wandering in search of a female dog, escaping, marking more frequently, licking or teeth chattering on female pee, mounting and humping, whining, and an intense interest in female dogs. You can mitigate these by keeping your dog busy with toys, mentally stimulated, exercised, neutering, and reinforcing positive behavior.

Today, I will give you a point-by-point list of some of the changes to look out for that indicate your male dog is going through their sexual cycle.

I will also explore whether or not your male dog needs to make and how to help relieve some pent-up sexual frustration.

Table of Contents
01
Signs That a Male Dog Wants to Mate
02
What Happens If a Male Dog Doesn't Mate?
03
How to Provide Relief for a Sexually Frustrated Male Dog

Signs That a Male Dog Wants to Mate 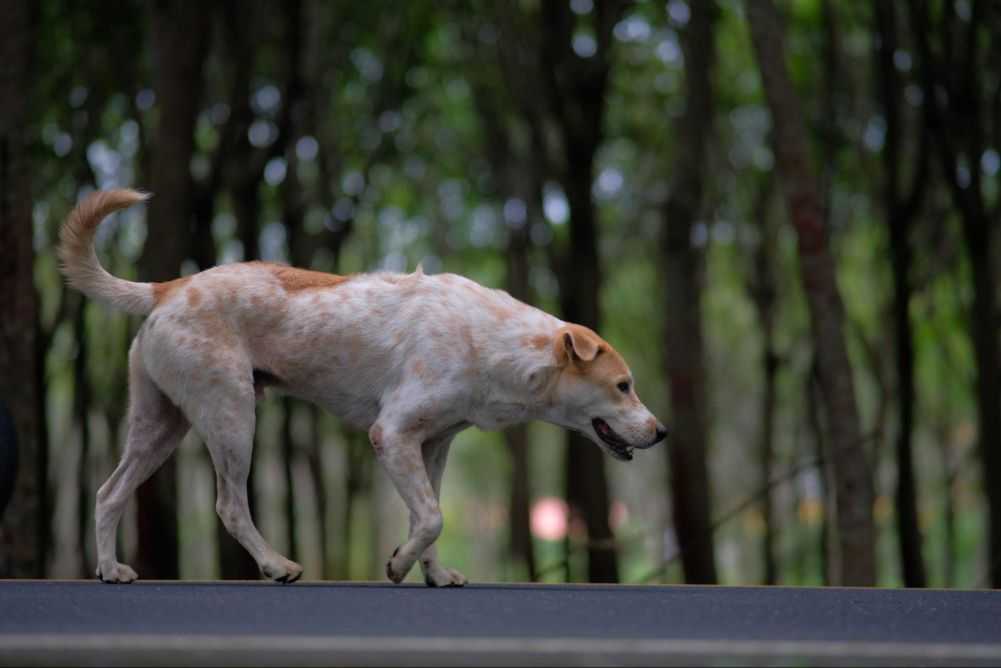 Female dogs are pretty obvious when they go through their mating cycle and are in heat. Male dogs, however, tend to have more of a behavioral change than a physical change like a female dog does. Yes, male dogs also go through a form of “heat” cycle for their gender!

The hormone responsible for much of the mating desire in male dogs is testosterone.

During peak season for a male to mate, their testosterone levels grow to a much higher level than they are normally. Besides influencing sexual interest, testosterone also impacts other aspects of male canine behavior.

Heightened testosterone is responsible for aggression, quick to anger, extreme emotions, and lots of moodiness. You may think it’s only females that get moody (as a result of estrogen), but males get moody due to testosterone!

If your male dog is picking fights or getting snappy more than usual (or faster than usual), this is a clear symptom of wanting to mate.

Although humans have the cognitive ability to make decisions about sexual needs, dogs do not.

This is because mating is driven more by instinct than anything else in an animal. One of those instincts is to search for a mate, which manifests in your male dog suddenly beginning to roam, attempting to escape the confines of their home, and constantly looking around!

This is where it may be advisable to keep a much firmer eye out on your unneutered male dog, lest you deal with his escape.

Dogs aren’t known for their cleanliness, and male dogs (unfortunately) exhibit some not-so-pleasant behaviors. During the time when their bodies are interested in females, odd urine behaviors become a part of their cycle.

For context, dogs communicate a lot through their pee. That is why dogs sniff where others have peed, sniff each other’s rear ends, and mark (peeing to signify a territory or that they were there).

On the topic of marking, if your male dog is marking more often than before, this is another sign that mating season has approached. You can tell the difference between marking and simply relieving himself if your male sniffs, lifts the leg, sprays for a few seconds, and then moves on to a new spot.

If a male dog interested in mating comes across the pee of a female dog in heat, you might witness some very unsightly behaviors.

Your male dog may lick the pee, start drooling or do a behavior known as teeth chattering. Teeth chattering is when you, quite literally, hear your dog’s teeth begin to chatter and vibrate and excessive drooling begins shortly after.

The most obvious signs of a male dog wanting to mate are humping and mounting of dogs, things, or humans!

If your male is beginning to mount his toys, your leg, or actively trying to mount the other dogs in the household, this is a sure-fire sign that testosterone levels have increased and mating is on the horizon.

Generally speaking, this isn’t the behavior you want to encourage or condone unless you are actually planning on breeding your male dog.

Having so many hormonal thoughts and instinct drives flowing through a male dog’s body can be a very frustrating experience. It can also be frustrating to be close to a female dog in heat without access to her.

Dogs express their frustration through whining, howling, yowling, and crying. You will likely hear your dog make these sounds during their version of a heat cycle.

The final surefire way to tell if your male dog is ready or wants to mate is his intense interest in female dogs.

Some dogs that tend to ignore other canines or are otherwise not very pack-oriented may suddenly shift their behavior to want to be around a female dog.

You may see the male follow the female around intently, try to get to her in any way he possibly can, and otherwise display levels of obsessiveness.

What Happens If a Male Dog Doesn’t Mate? 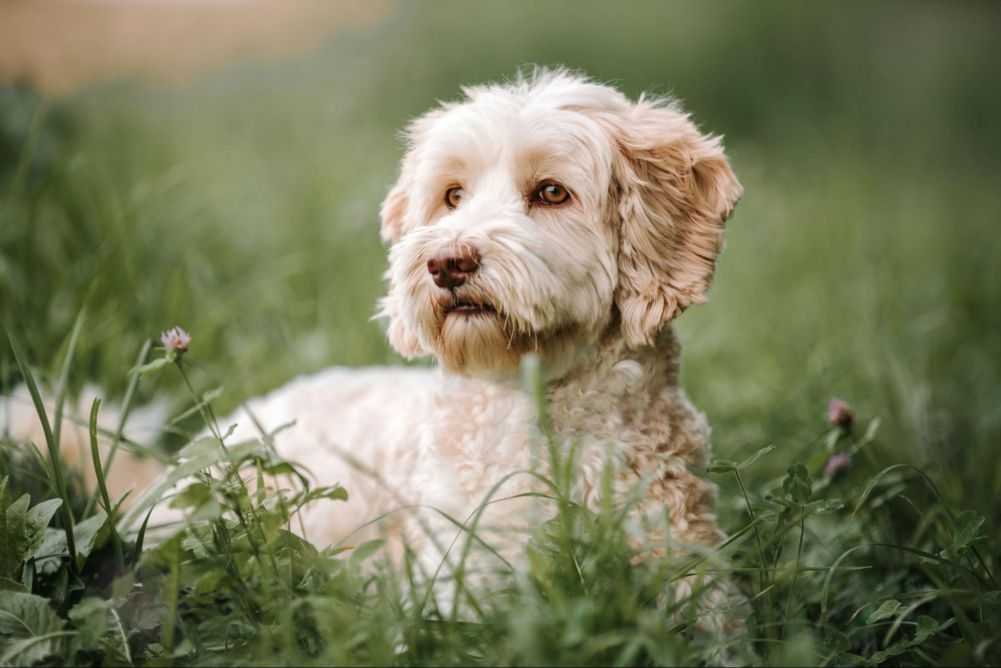 With all these intense symptoms of a male dog wanting to mate, you may be concerned about what would happen if you don’t allow your male dog to mate.

Thankfully the answer is nothing!

Dogs do not need to mate; there is no adverse implication by disallowing your male dog to copulate with a female dog.

Dogs are not at more or less risk for sexual organ health issues if they mate or not.

How to Provide Relief for a Sexually Frustrated Male Dog 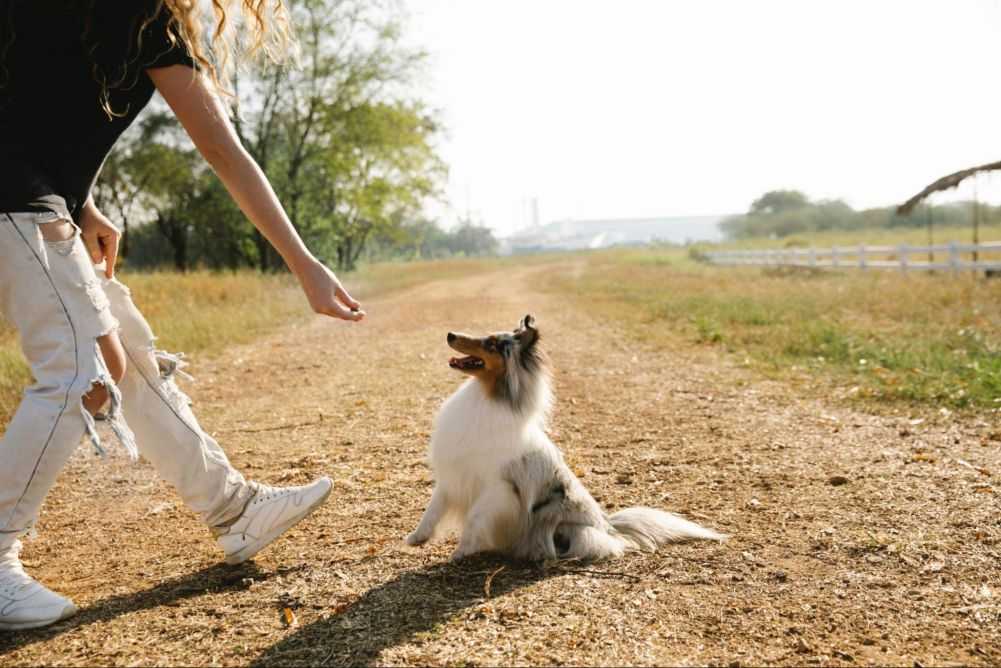 Worry not! There are various ways to relieve your frustrated male dog, and it doesn’t involve mating. The best thing you can do is keep your male dog’s mind occupied and distracted from the hormonal changes.

Much like humans, testosterone is easier managed with good physical exercise.

Take your dog out on a walk (preferably at a very quiet place with less likelihood of running into female dogs!) and let them get some of that buildup out.

Engaging in dog sports such as agility, flyball, frisbee, and dock diving are also great ideas for physical exercise. You can even buy a dog treadmill for the home!

Keeping a male dog busy can be quite a task, but luckily there are some great puzzle toys to keep him engaged. The more you keep him busy and focused on other things, the less you’ll have to deal with the various mating signs.

Fill these toys up with your pup’s favorite treats and watch them spend time figuring them out.

The toys above lead us to the next piece of advice: mental stimulation. Working a male dog’s brain can be just as exhausting as physical exercise and will likely put him well to sleep. Besides puzzle toys, engaging in some trick training can also work the brain well.

Just note that during a heightened level of mating desire, a male dog may be more easily tired or very distracted during training - so don’t go too hard on him!

Dog sports and activities such as canine scent work, nose work, and barn hunt also work their brains quite a bit.

Just like any aspect of your dog’s life, focus on reinforcing positive behavior and not condoning negative behavior.

Keep treats on hand to reward the behavior you like and encourage your male dog to continue to repeat them!

If you are not planning on breeding your male and his symptoms of mating desire are too intense, you should consider neutering him.

Some dogs truly are miserable during the mating cycle, which could be a great solution for both of you!

Just make sure your male is fully mature before neutering - neutering is advised to neuter after age two to allow the growth plates to fully fuse.