Police Dogs: Can You Buy One?

By Aviram K.
Published in Dog Ownership & Care
January 16, 2022
5 min read
✏️ This article has been reviewed in accordance with our editorial policy.
🏥 The information in this article is not a substitute for professional help.

You’re curled up on the couch with your pup, hours into a marathon of your favorite police TV drama. Things are getting heated…your favorite good guy is finally about to bust the most devious bad guy.

As the main cop zeroes in on his target, you notice something familiar dash across the screen: a sharp and stealthy police dog.

One quick leap, and the villain is down!

You smile at your own pup wonder: “what would it be like to have a dog like that…wait, is it actually possible to buy a police dog?”

It is possible to buy a police dog, but it’s not easy. Police dogs’ handlers and officers are first in line to purchase these dogs before everyday citizens. In addition, even if you get the chance to get one, the screening process can be lengthy and cumbersome.

In this article, I will explore if and how you can buy a retired police dog.

I will also reveal whether you can buy a police dog that didn’t pass their training and wrap things up by discussing some of the costs associated with police dogs.

Feeling captivated by the hype surrounding these larger-than-life, tough pups?

Allow me to clear the smoke, pull back the curtain and break down the truths behind these cool canines.

Table of Contents
01
Can You Buy a Retired Police Dog?
02
How Much Does a Police Dog Cost?
03
A Regular Dog…with an Edge?

Can You Buy a Retired Police Dog? 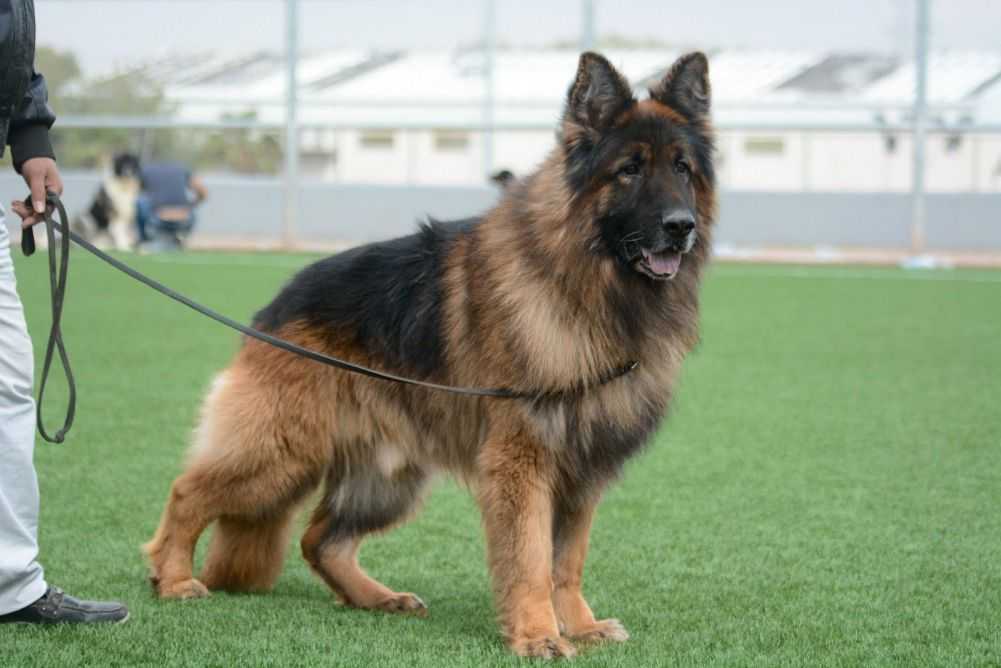 You can absolutely buy a retired police dog.

But sometimes, a police dog’s former handler may want to keep them for themselves. In this case, the dog would effectively transition from being their co-worker to their personal pet.

If the dog’s handler chooses not to take their former canine companion home, law enforcement officers are often next in line to call dibs. If neither the handler nor an officer claims the pup, they are usually put up for adoption.

It may sound intriguing to adopt a rough and tumble former police dog.

These dogs have been in some very unique situations. They’ve experienced excitement far exceeding that of your average pup.

Breeds that are commonly recruited into the police force include:

A retired police dog has likely actually lived a life that movies are made of!

They’ve come face-to-face with danger and have helped facilitate drug busts. They’ve sniffed out explosives and have run straight into the center of the action right alongside their humans in uniform.

But keep in mind, these pups’ cool experiences may also come with extra baggage. These dogs have probably been through some stuff similar to their human counterparts.

Many years in a high-stress and erratic job may have negatively shaped your potential pup. They may be prone to dealing with the following struggles:

It’s realistic to anticipate some of these and other potential challenges when considering bringing home one of these weary warriors.

Still feel attracted to the idea of one of these pups and capable of providing a supportive home to them?

Here are some things to keep in mind:

If your pup has lived a life working in the field day in and day out, they may need some training to help them transition to your home.

If you’re curious what this could mean, explaining the line of work your dog was in to your vet may be a good starting place.

You can also try reaching out to a few trainers in your area to hear their suggestions for your individual situation.

The Process May Be Longer and More Difficult than You Think

It typically isn’t easy to adopt a retired police dog.

At least not as simple as adopting a pup who never served. There may be more paperwork than you were prepared for and more of a screening process than you may have expected.

These dogs can sometimes have challenging temperaments and specific needs. It is imperative that agencies make sure that you and this pup are a good fit.

You May Have to Put Your Research Skills to Work

If this is your first attempt at looking into adopting a retired police dog, you may be wondering where exactly to start.

It may be beneficial to try calling your local police station first. They may be able to point you in the right direction and give you some options you can explore.

Another great place to reach out to is your neighborhood animal shelter.

There are also many nonprofits that deal with helping retired service dogs. Here are a few to check out:

What About Police Dogs That Didn’t Pass Their Training? 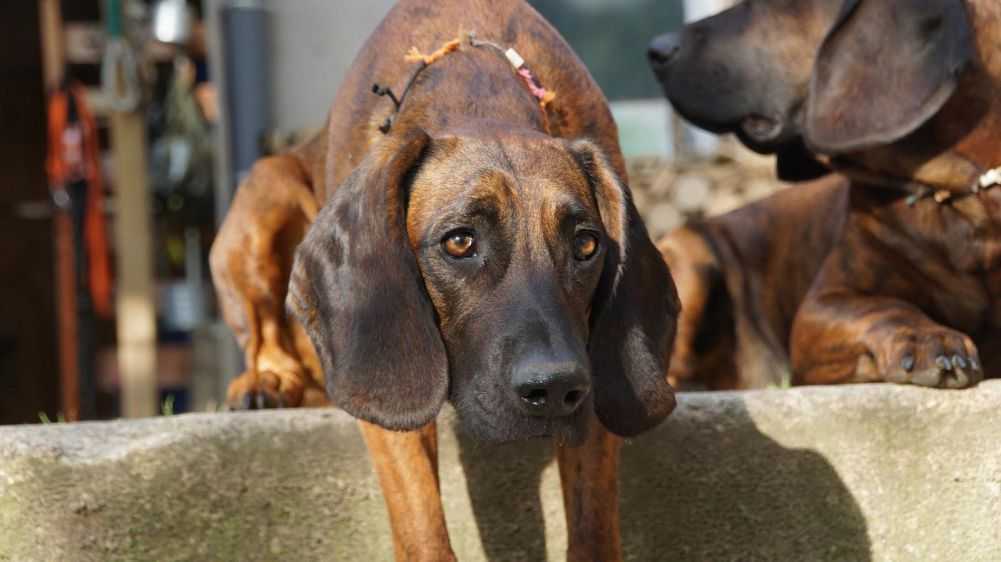 Maybe you’re thinking a retired police dog may not be right for you at this point.

But did you know that you can actually adopt a police dog that didn’t pass their training?

Police dog training is rigorous, and there are many reasons a dog may not pass. However, none of these reasons say anything negative about the pup themselves.

In fact, a dog may not pass simply for being too nice or too friendly!

A few other reasons a police dog may not pass their training include:

For example, the TSA has a stringent process and list of requirements for anyone who would like to score one of these pups.

The TSA requires these prospective pup parents to make several trips to their base in San Antonio, Texas, to screen whether they will be a good fit for one of their doggies.

The organization also has a list of requirements for potential owners, which includes:

How Much Does a Police Dog Cost?

For the police, the cost of purchasing and training a dog to become a police dog ranges anywhere between $15,000-$45,000 per dog.

Now, of course, these numbers may feel overwhelming to the average dog lover. But police departments view these pups as an extremely valuable part of their force, so they certainly can factor them into their budget.

But even with their professional budgets, law enforcement can still struggle to afford to bring these helpful dogs onboard.

Sometimes police departments have to seek state, federal, and private grants and organize fundraisers to bring these pups onto their team.

As a private citizen wishing to adopt a failed police dog, you may pay around $1000 or so for just the dog themselves. This is before factoring in any supplies and any training your new friend may need.

A Regular Dog…with an Edge? 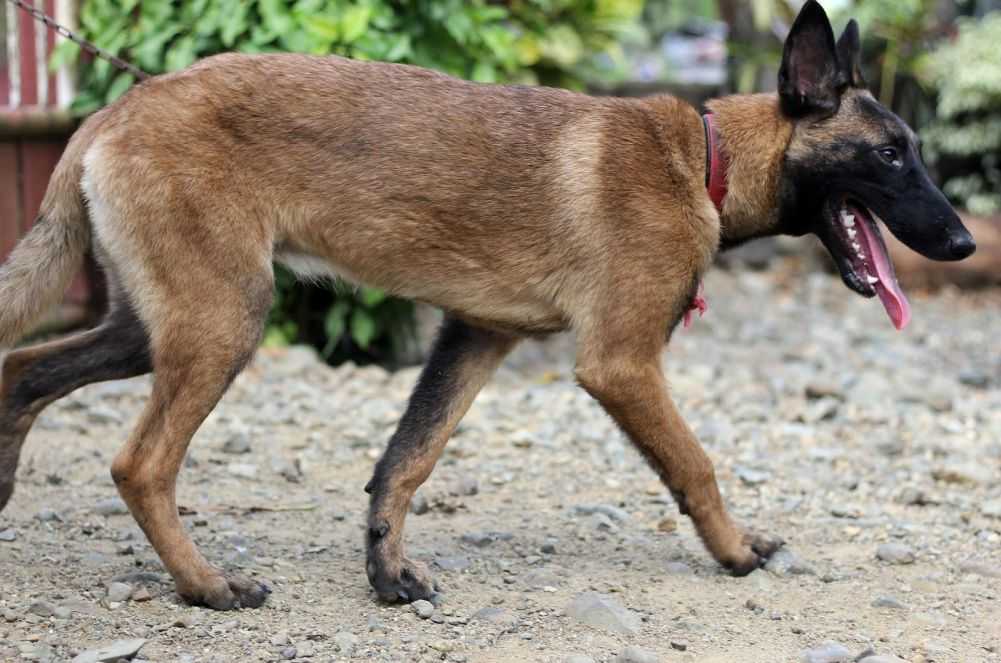 Don’t get me wrong, ordinary everyday dogs are definitely cool enough. But it’s kinda fascinating to fantasize about owning a pup who can save the day with a few simple leaps and bounds!

But this may be one of those times in life where the dramatized version in your head may not match reality.

The true story is that many of these dogs have lived challenging, stressful lives. The effects on them are often harsh and real. But, unfortunately, these pups can also be hard to even get a hold of as well.

But if you feel deeply drawn to these heroic dogs, they may really be a good fit for you. There are few things more honorable than providing a soft-landing place to a brave hero…who just happens to walk on all fours!

Woof & Beyond salutes all dogs who have served in the police force. We appreciate your sacrifice.