Police Dogs: What Do They Do Off-Duty?

By Aviram K.
Published in Dog Ownership & Care
January 10, 2022
4 min read
✏️ This article has been reviewed in accordance with our editorial policy.
🏥 The information in this article is not a substitute for professional help.

Police dogs are the unspoken heroes ready to serve and protect the community. They spend their days working hard in grueling long shifts with their trusted handlers.

But what do they do when they aren’t on duty?

When police dogs aren’t working, they spend their time as any other dog. They sleep, eat, get plenty of pats, and are often taken for walks and outings on their days off to release their energy. This is especially important since they are used to utilizing a high volume of energy.

In this article, I will look at how police dogs generally spend their time off-duty, where they live and what a typical day looks like for these hard-working canine police officers.

What Do Police Dogs Do Off-Duty?

Contrary to popular belief, police dogs are not as aggressive. In fact, they are not much different from normal dogs on their days off, and you would probably not even recognize that they are police dogs.

What a police dog does in its spare time depends greatly on what type of day it is.

There are three main types of days that make up the week. Their work shifts are three to four days, depending on the scheduling.

Most choose the four days on, four days off method to ensure a handler is available every weekend, one-two training days consisting of eight hours of training and two days off.

If it is a workday, they usually spend their home time after work relaxing, having some dinner, and getting some much-needed rest ready for the day ahead.

Every canine officer has a formulated diet specialized for each job and breed. As active protectors of the community, their job burns many calories and requires the right levels of protein and carbohydrates to get them through their day.

On their days off, they get to play hard for all the hard work they do during the week. They get to do all the fun things a normal and active dog does. This can be relaxing at home with the family, going on walks, or going on adventures.

Handlers will always exercise their dogs on their days off. This is because police dogs are trained to have an extra-large energy resource from a young age.

They also go through hours of training to build up stamina to ensure that their energy levels can sustain them throughout their rigorous shifts no matter what they may be dealing with on that day.

To release this energy and keep both the dog and handler fit, the handler will take them for a walk or run as a minimum.

It is also common for handlers to take their dogs on hikes, beaches and other outdoor adventures, often throwing in some extra training while the opportunity is there.

Do Police Dogs Live with Their Handlers? 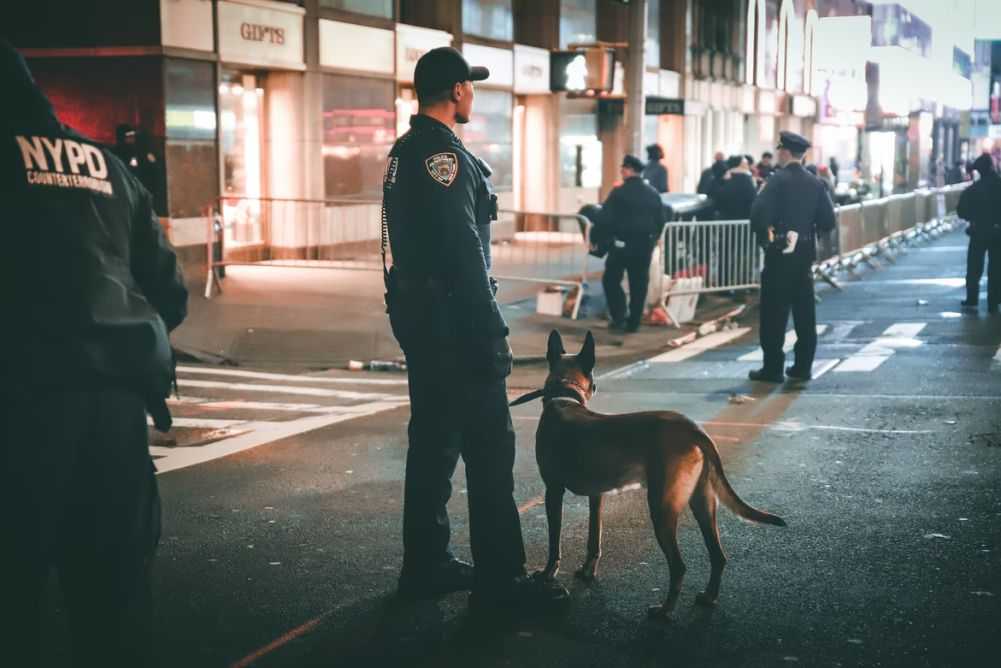 Each K-9 unit team consists of two team members, a dog, and their handler. The team will spend twenty-four hours/ seven days a week together, which means that the dogs do go home with their handlers after their shift.

This is because the bond between handler and canine needs to be really strong and co-dependant. As such, they work, live, and often spend most of their days off together also.

Although they live together, the dogs will sleep in either a kennel or, more often, inside a crate. This prevents them from getting spooked easily as they are trained to be on alert.

They will also spend time in the kennel or crate whenever the handler isn’t home. This is a precaution because though heavily trained, they are trained to bite and, as such, have heightened instincts to do so, especially if caught off guard.

A police dog will usually retire anywhere between the ages of seven and ten. A usual rule of thumb is seven years of service or ten years of age.

After they retire, the handler will usually buy the dog from the state. The dog will then live out the rest of their days with their handler as an ordinary family pet.

The dogs have to be bought back as they are expensive, with many hours and funds put into their training.

It is also rare for police dogs to be acquired in America. Usually, they are bought from Europe, but breeding from European lines slowly lightens the dependency and allows America to breed and train their own dogs.

A Day in the Life of a Police Dog 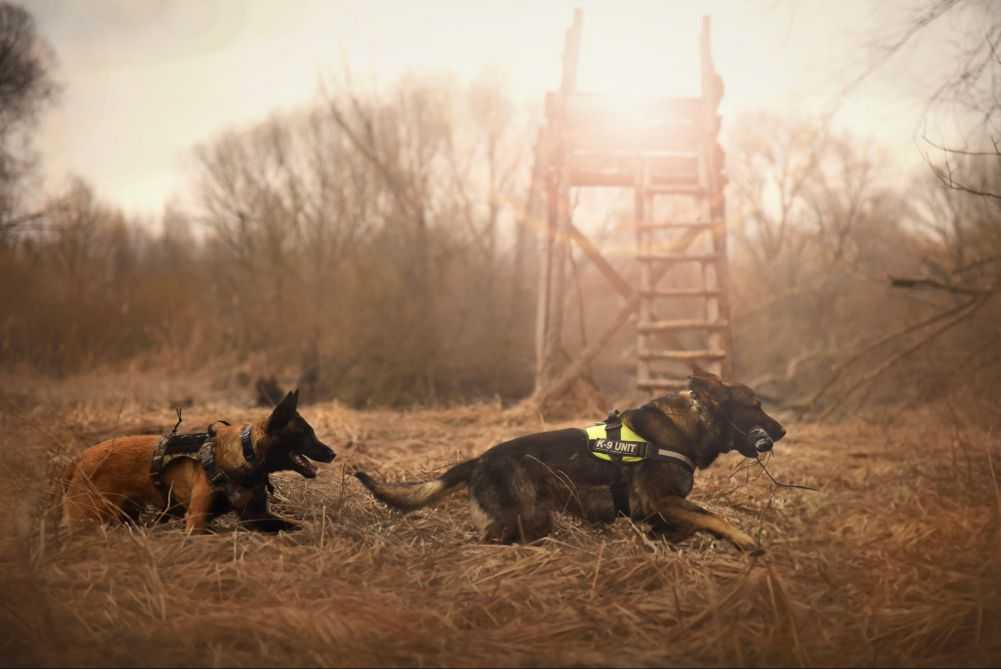 There are different types of police dogs, each with their own specialties, so their days can look significantly different.

These specialty jobs can be subject apprehension, drug, and bomb detection, arsen search, cadaver search, and search and rescue.

Often each of these positions has its own favorite breeds of dogs, chosen for their particular skill set. These can even include beagles, bloodhounds, labrador retrievers, and more.

This is why there are high criteria for puppies to succeed in having what it takes to be a good police dog. If you want to know more about that criterion or the specialized jobs, read my article here.

Surprisingly, the most common choice for all-around police work, especially subject apprehension, is not the german shepherd but is, in fact, the Belgian Malinois.

This is because they have the bite and stamina of the german shepherd but are slightly leaner making them more agile and tend to be more driven and command focused.

At the start of their day, police dogs wake up and come out of their crate or kennel for some breakfast. After that, they head to the precinct. Depending on the specialization changes when this is. Cadaver and drug and bomb dogs tend to have day shifts where your typical K-9 unit usually works nights.

At the precinct, handlers are given their orders. Often K-9 units in America aid in drug detection at schools as a deterrent for children bringing in any kind of illegal substance onto school grounds.

After initial jobs are completed, the shift is full of a lot of waiting, responding to call-outs as they happen. This can be anything from robberies, drug raids, suspicious packages, search and rescue, and more. As a result, the handlers and dogs both go to work each day, never knowing what will happen.

Another common task for K-9 units is attending court. This is commonly for testifying against a suspect that they have successfully brought in or defended their actions.

Many criminals will accuse the police officer of unfairly injuring them or using excessive force. This is where the dog’s training records are very important and prove that the dog did not cause any unreasonable harm.

For K-9 units, when it reaches around four in the afternoon, it’s time to roll out and go on patrol until the middle of the night.

After a long and exhausting day, it is then time to come home, have some dinner, and get a good rest ready for whatever the next day may bring.