By Aviram K.
Published in Training & Behavior
July 21, 2021
5 min read
🏥 The information in this article is not a substitute for professional help.

Ever had a staring contest with your pup and lost?

Those cute little furry creatures seem to keep their eyes open forever. But do they even blink at all?

Dogs blink 20-30 times a minute, which is approximately as many times as humans do in a day. Dogs blink to moisten their eyes, remove debris, prevent dirt from injuring the eye, and even silently communicate with one another. Not blinking at all is a cause for concern.

In this article, I will uncover the secret of canine eye communication and what it means if your pup has suddenly stopped blinking altogether. 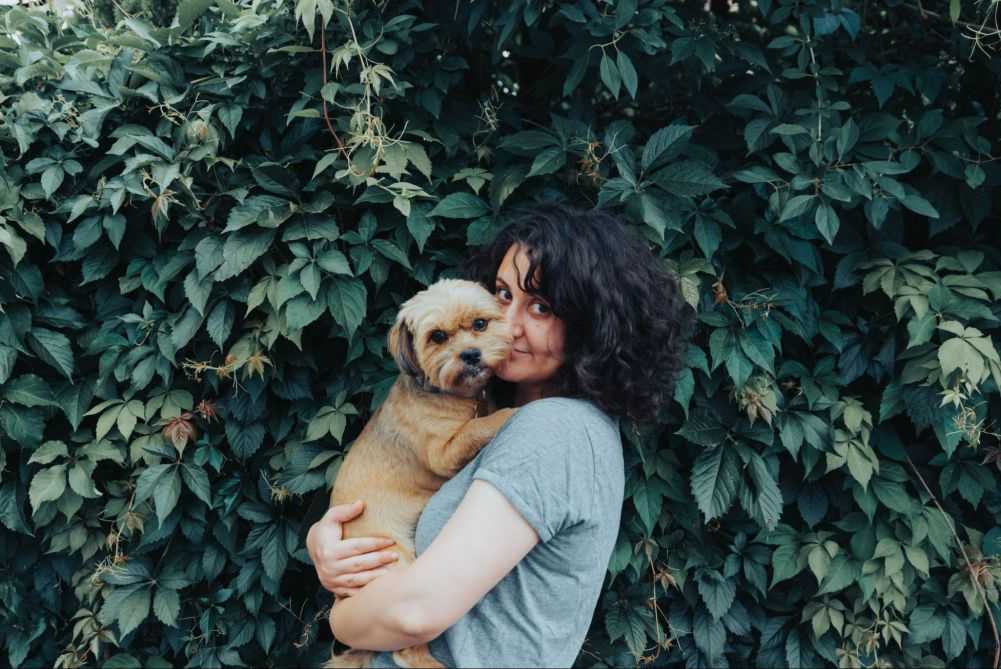 To answer this question, let us first discuss what a blink really is.

Blinking refers to the motion of opening and closing one’s eyelids in a rapid movement, often a reflex and not something we notice unless done intentionally. The biological intent of blinking is to use the eyelid to keep the outside layer of the eye, called the cornea, nice and moistened.

Additionally, the eyelid can be used as a physical shield against anything that could potentially hurt the eye, such as dirt, dust, sand, and more! Eyelids naturally shut tight when in the presence of something that can painfully poke the eye itself. If something does touch the eye, a blink can remove it. Think of this as akin to the windshield wipers on your car.

With the above in mind, it is factual to state that all animals blink except for fish and those without eyelids (such as snakes).

Dogs reflexively blink their eyes just like humans do. What differs between dog and human, however, is when blinking is done intentionally.

If your dog barks a lot, you might think that pooches only chat with their (loud) sounds. On the contrary, canines are more oriented to communicate with body language than their doggy words. With eyes being an important part of their body, blinking can be used as a form of communication.

Stemming from the domestic dog’s ancestry with wolves, wolves use blinking to talk to one another silently and not alert the deer they are hunting. Dogs inherited this language and do the same, albeit no longer for hunting purposes.

Dogs use blinking to calm one another and/or indicate friendliness. If you see your dog’s eye fluttering open and closed towards another dog or person, this is a sign that your dog is being very friendly. This has the same meaning as us smiling or waving at one another!

Blinking can put dogs at ease, so you will also see this behavior between two strange dogs who just want to make friends with one another.

Dogs can also blink to prevent a fight from breaking out. If a dog blinks and then looks in the opposite direction, the dog is attempting to avoid any conflict.

However, if a dog is attempting to instigate a fight, they will stare each other down without blinking. This communication is considered rude and threatening in dog language and usually leads to a not-so-happy outcome.

Likewise, if a dog is terrified of something, they will also cease blinking and stare intently at the threat until it has passed.

How Often Does a Dog Blink? 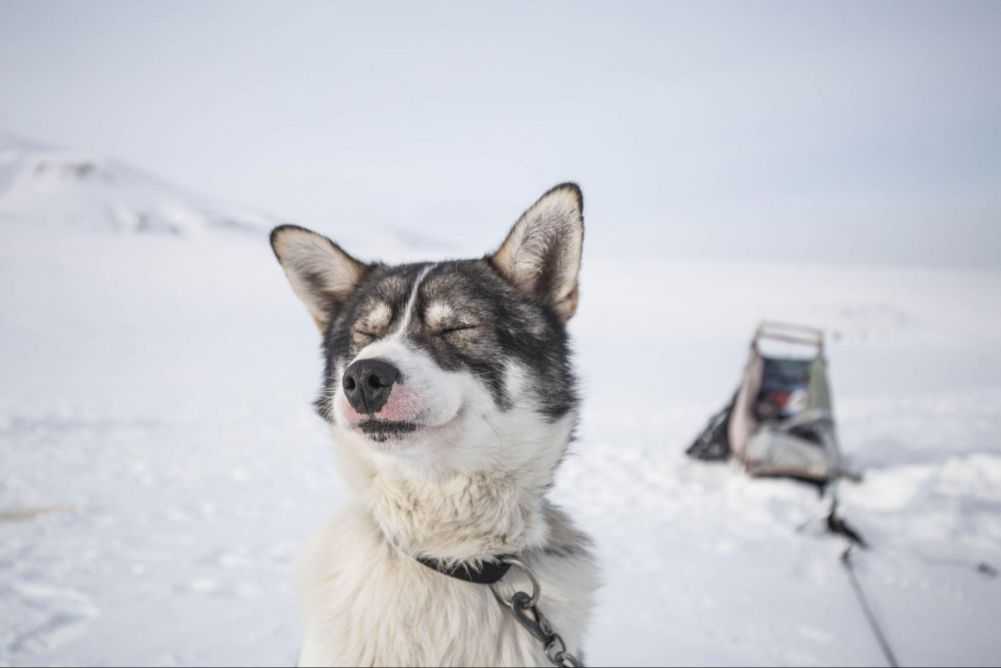 How often a dog blinks can depend upon the dog itself and their environment. On a broad scale, dogs can blink approximately as many times as humans to moisten their corneas, about 20 - 30 times a minute.

Dogs may blink more frequently or less frequently, depending on the climate they live in. Those that swell in more humid areas such as Florida may need to blink less frequently than desert pups in Nevada.

On a more technical scientific level, blinking is measured in interblinks. An interblink is when the eyelid hides the eye itself. The average interblink period of a fully grown adult dog is 26.7 seconds, while for a puppy, it’s actually just 7.7 seconds. Blinking was seen every 21 seconds or so.

If a dog is blinking for communication purposes, this number can increase exponentially (of course).

Why Does Your Dog Stare at You Without Blinking?

As I mentioned above, dogs staring at one another without blinking is asking for a dog fight to happen. If a dog stares at a stranger that way, this is a bad sign as well. The dog is negatively perceiving the stranger and is expressing aggression.

However, if a dog stares at their owner that they have a good and positive relationship with, asking for a fight isn’t the intent. Dogs can become so fixated on something that they forget to blink!

The fixed gaze from a dog to their owner often comes from a place of love, concern, or wanting.

Dogs can stare without blinking at you because they ask something of you, such as food or a walk.

As pet owners, it’s not uncommon to catch your pup staring intently and then begin going down the list of verbal asks, such as “do you want to go out?” and “are you hungry?” and waiting for a response!

Some service dogs trained to signal for a medical condition are sometimes taught to stare as an alert. Even if trained to do a different task, a service dog will often continuously stare at their owner without blinking as they determine whether their owner is alright or not.

Dogs also stare at their owner with a seemingly unbreakable gaze as they try to read the emotion on the person’s face. Humans have many microexpressions between their eyebrows, eyes, and mouth. Dogs try to pick up on these to better understand.

Why Does Your Dog Blink with Only One Eye? 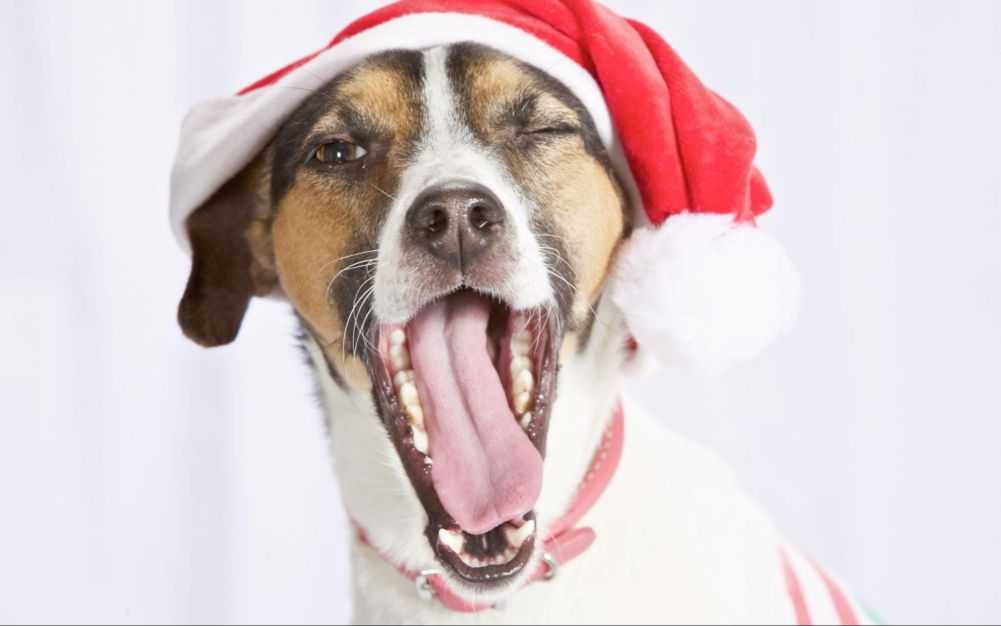 Ever look at your dog and swear they just winked at you? Well, your pup did! Dogs can blink with only one eye, but not exactly for the same reason people do.

Pups are masters of mimicry; Afterall, we are their parents. Like children, puppies look up to their elders and copy the behavior that they see. Winking is one such thing that puppies pick up rather quickly.

Another reason your dog may be blinking with just one eye is to express good intention and peace.

Humans wink at one another to express shared hidden knowledge or a shared secret intent, like announcing that the two of you are on the same page about something the rest of the crowd aren’t directly aware of.

Dogs don’t share this concept - a wink for a pup is just another signal for happiness.

However, sometimes winking isn’t a good thing - if your dog is acting strange or in pain, a wink may signify a painful medical condition.

For example, something may have gotten into their eye and irritated it, scratched it, caused a bump or ulcer, or your pup may be suffering from a condition known as entropion.

Entropion is when the eyelid rolls or folds inward instead of lying flat. This causes the eyelid hairs to stab, poke, irritate, and ulcer the eye - potentially leading to blindness. Dogs with squishy faces (known scientifically as brachycephalic dogs) are the most prone to entropion.

The signs of entropion include winking, squinting, and excessive blinking. Luckily, this condition can be surgically treated and is usually diagnosed fairly early.

Why Doesn’t Your Dog Blink All of a Sudden? 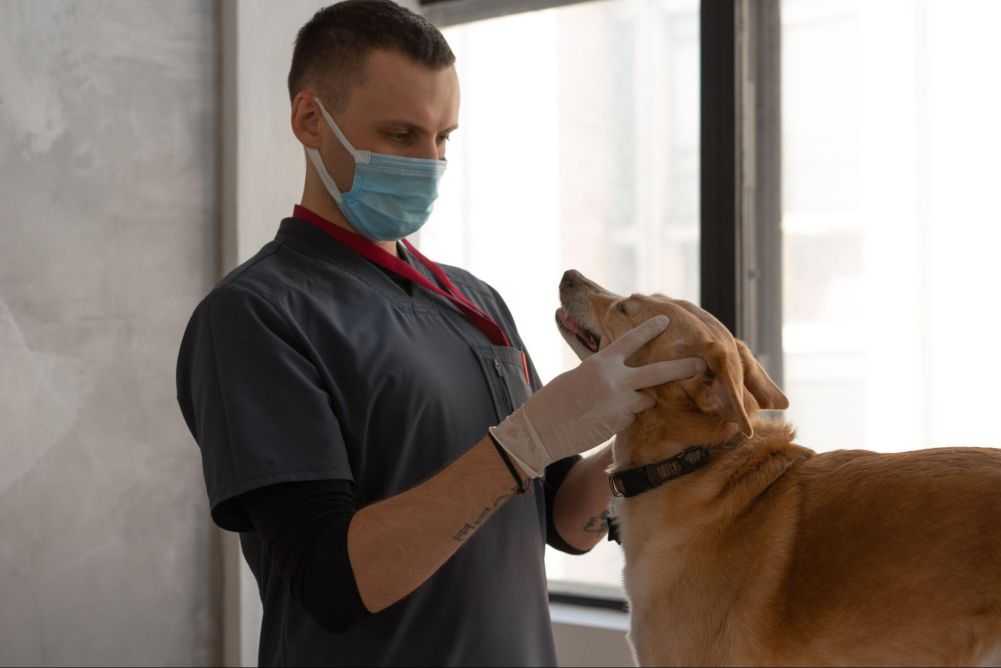 If your dog suddenly stopped blinking for a prolonged period of time and is acting unusual in other ways alongside this, it is certainly time to call the vet!

Make sure to check if your dog’s eye is dry or not to be certain. There are various medical reasons a dog can abruptly stop moving their eyelids.

One such common reason is facial paralysis. As the name implies, this is when the face becomes unable to move voluntarily and involuntarily. Facial paralysis happens as a result of damage to a specific nerve called cranial nerve VII. This one nerve is connected to all of the muscles that control the eyelids and other parts of the face, like the lips, causing them to cease movement. Paralysis can happen due to an infection, trauma to the head, toxins, and growing tumors.

Another condition is Horner’s Syndrome, which is less common. This is an idiopathic condition, which means that it has no known cause. Horner’s Syndrome is a dysfunction of various sympathetic nerves of the eyes, cause loss of blinking, droopy eyelids, sunken eyes, and much more.

If you notice something amiss with your dog’s blinking or eyes, it is advised to seek medical attention as soon as possible.