By Aviram K.
Published in Training & Behavior
June 28, 2022
4 min read
✏️ This article has been reviewed in accordance with our editorial policy.
🏥 The information in this article is not a substitute for professional help.

Some things in life are unseen but are still very real.

The wind. The effects of gravity. The feeling when the vibe suddenly shifts in a room…and you know it’s about time to make your way to the exit.

Humans pick up on little shifts in the atmosphere and different chemical interactions all the time. But did you know your dog can do the same?

One example is how male dogs act differently around pregnant female dogs. Your dog may not intellectually know what it means to be pregnant, but his instincts sure know!

Male dogs can sense when a female dog is pregnant. Male dogs can pick up on changes a pregnant female undergoes, like differences in her hormone levels, mannerisms, and disposition. A male dog may act anxiously around her because he’s frustrated that he cannot mate with her.

Without knowing what pregnancy is, your pup can tell if a female dog is carrying some little puppies in her belly…so cool!

But how does he know, exactly?

Join me as I break down the pregnancy signs your male dog picks up on like a pro.

Do Male Dogs Know When a Female Dog Is Pregnant? 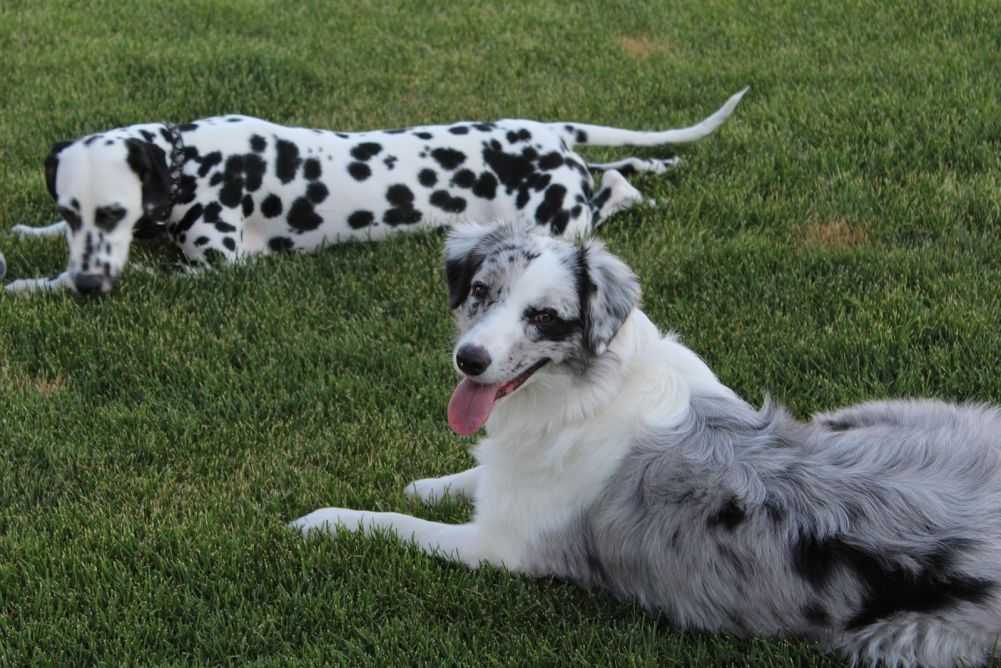 Astonishingly, male dogs do know when a female dog is pregnant. No official diagnosis, conversation, or pregnancy test is required!

This is another reminder of how incredible and intuitive our furry friends truly are.

But exactly how does your male dog pick up on pregnancy?

Well, a couple of ways!

Male dogs can also pick up on when a female is pregnant based on a female dog’s mannerisms and disposition. A pregnant female dog may display noticeable signs of being sick or be more moody or loving than usual.

These may all seem like very subtle changes…and they are!

Your dog’s ability to pick up on pregnancy is highlighted even further by this fun fact: dogs can tell when their human owners are pregnant too! And oftentimes, this is before the woman herself even knows that she is pregnant.

Most dogs have this sixth sense, but not every single pup is equally skilled in this area. Younger and less-experienced male dogs may have a harder time sensing that a female dog is pregnant.

So once your male dog notices that your female dog is pregnant (most likely before you have), what do you do next?

The answer may surprise you: you try to keep the male dog away from the pregnant female!

Male dogs can become incredibly stressed out when interacting with pregnant female dogs. This is because they cannot fully express their attraction toward them.

In short, the male dog cannot successfully mate with and impregnate the already pregnant female.

You will want to eventually separate your male dog from the pregnant female. But it’s not necessary to do so until further along in her pregnancy.

Keep in mind that the usual gestation period for a female dog is only around 9 weeks total. Much shorter than the typical human pregnancy!

Here is the breakdown of how male and female dogs may interact during this time:

In the first 3 weeks of pregnancy, the male dog and the pregnant female dog can still co-exist as long as the male isn’t hostile. During this time, the female dog will have fluctuating hormone levels. This will cause symptoms like:

In the second 3 weeks of pregnancy, it is okay for the pregnant female to continue being around the male dog. But this is only if playing with him doesn’t lead to exhaustion. Throughout this time, mama doggie will experience pregnancy symptoms, including:

After this period, male dogs should be separated from the pregnant female. The male should not rejoin the female again until after her puppies are at least 3 weeks of age and weaned. To be safe, the male should only rejoin around this time if he is neutered and up-to-date on his vaccinations.

What Happens When a Female Dog Is in Heat and Not Pregnant?

The window of a dog being able to become pregnant during estrus lasts about 1 ½-2 weeks. But sperm can live in the reproductive tract for about a week, so a female dog can become pregnant for an even longer period.

Some clear signs a female dog is ready to mate include: 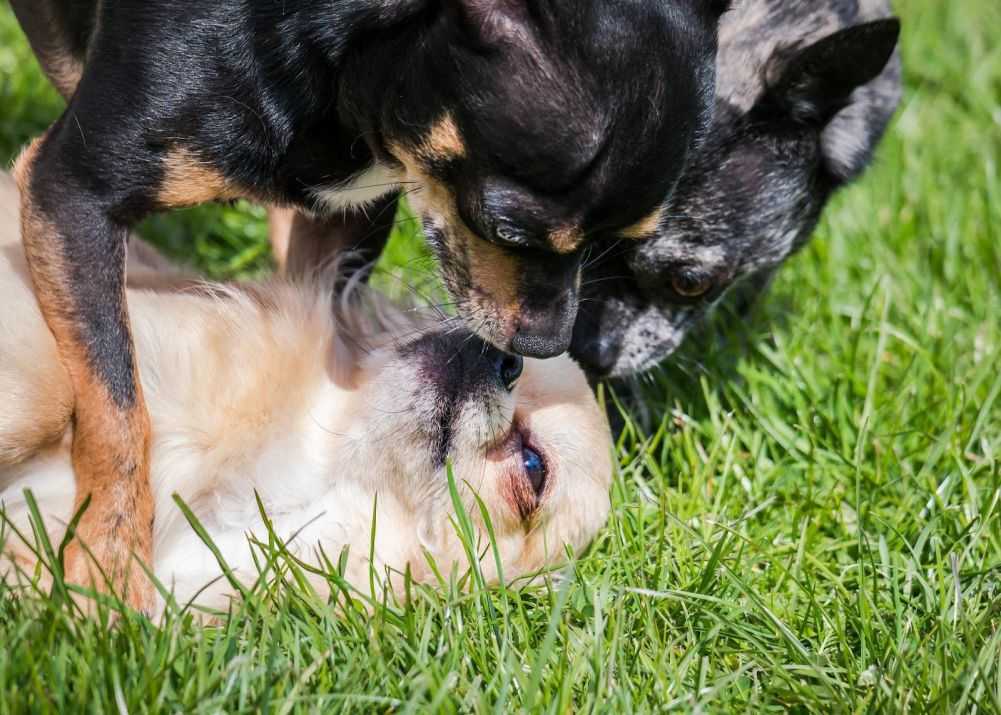 So, now you understand some of the mechanics of how a male dog can recognize a female dog is pregnant.

You’ve learned that male dogs not only know what’s up but that it also deeply affects the male dog himself! He may become stressed or moody because he can’t mate with this pregnant pup. You also now know the signs and implications of when a female is in heat and not yet pregnant.

This may make sense logically, but it’s still a divinely mysterious process!

The intricate rhythm between the male and female dog…the instincts that drive and affect them both.

Just another reminder that the lives of your pups are truly marvelous miracles to behold!