Male Dogs as Parents: Do They Get Attached to Their Puppies?

By Aviram K.
Published in Dog Ownership & Care
December 9, 2021
6 min read
🏥 The information in this article is not a substitute for professional help.

Naturally, we view animals through the lens of our own human experience.

In our families, moms and dads are very invested in the children, both working together to parent and raise the next generation.

So you might be wondering if male dogs have just as much investment in their puppies as dads do in their babies. Well, here’s the gist of it:

Male dogs do not get attached to their puppies because the domestication process has removed some of those key instincts. They may happily coexist with their puppies, but it’s questionable whether they are aware of the puppies being their offspring.

In this article, I will lift the veil of the canine paternal experience, explaining just why male dogs really aren’t all that keen on their little puppies - and how we, as humans, may just be the reason for this.

Table of Contents
01
Male Dogs Don’t Invest Much into Parental Care
02
Can Male Dogs Recognize Their Puppies?
03
Should Male Dogs Stay Away from Their Puppies in the Beginning? 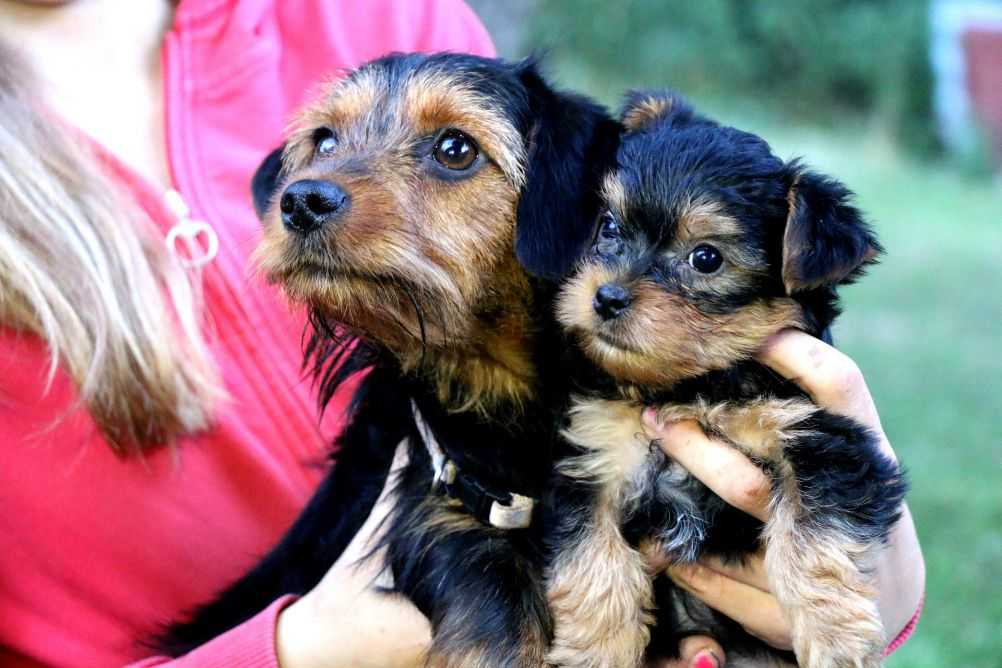 It’s true, male dogs don’t play a significant role in puppy-rearing even if you leave them in the room with their offspring.

To explain why, we have to go way back into the past and start with the canine’s ancestors.

Wolves and Their Families

It’s a relatively common fact that dogs originated from the wolf. These wild canid species maintain the ecosystem to this day.

Of the many wolf notorieties, one of the most widely-known facts is that the entire pack is very family-oriented. This means that every pack member helps raise puppies, including the father.

There is a biological reason for this familial relationship, and it’s similar to us as people. With the wild being such a dangerous and harsh environment, it takes a village to care for and protect babies.

The male and female pull their weight in ensuring the next generation survives, which is the reason moms and dads are involved in childcare in our own human species (although, of course, this is not as “life or death” these days as it was during human’s primitive past).

In many wolf packs, only the alpha male and alpha female are allowed to reproduce because there are usually only enough resources to raise one litter per season (wolves only have pups in the Spring).

Because only alphas have this right in the pack, there is a recognition that these puppies have their specific parents. The other wolf members are their “babysitters” and “nannies”.

The alpha male will protect the puppies (and his entire pack) with his life, helps bring them food and sustenance, and aids in teaching them hunting techniques and proper socialization skills for their adulthood. 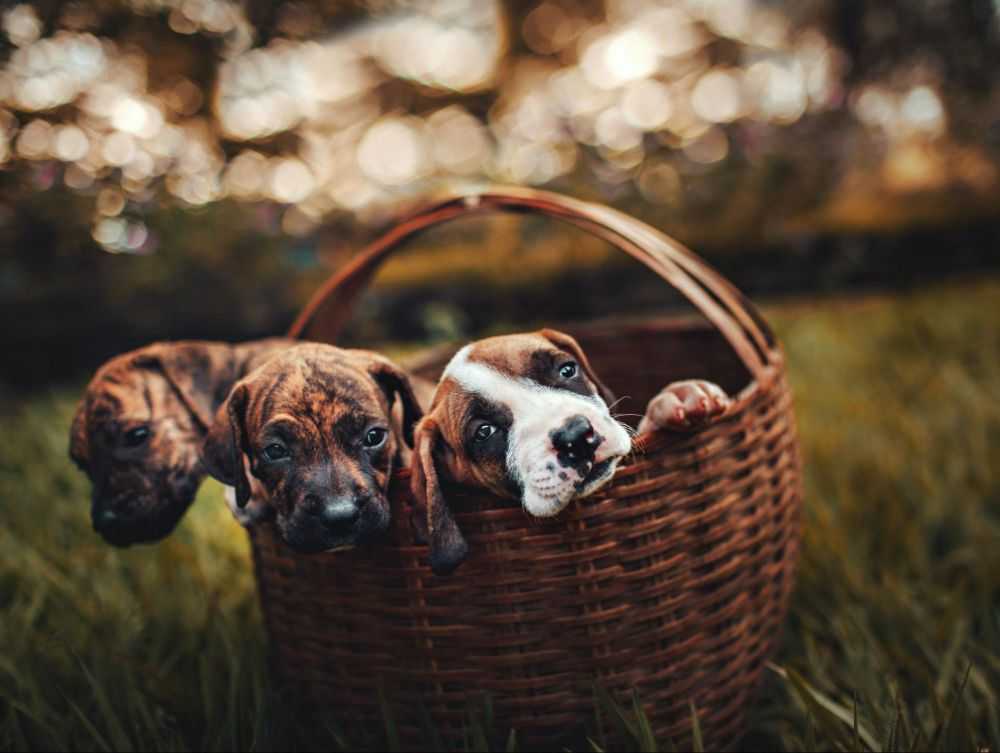 So, if wolf dads were so involved, what happened to our dogs?

Well, to make the modern dog, selective breeding had to change, dull, or remove certain instincts to make dogs compatible with people. One such instinct alteration caused a trickle effect that made male dogs lose the role male wolves once had.

To make domesticated dogs bond strongly with us, we had to dull their desire to bond strongly with one another. Dogs form tight familial relationships with humans more than they do with fellow dogs. As such, the need to take on caregiver roles with pack members began dissipating.

Add in the fact that we bred dependence on humans into them, which led to their natural environment being on our cozy couches waiting for us to bring them dinner, and male dogs no longer had a role to play in puppy rearing - because we humans care for the puppies!

Female dogs are pretty different from male dogs. Because puppies come from their bodies, pregnancy and birth all fill the female with an influx of baby-rearing hormones.

Female dogs get to know their puppy’s scent from the minute they are born and have an obvious understanding that they came from her. As such, female dogs continue to bond, raise, and recognize their babies. Males, not having this same experience, are pretty clueless.

Maybe to an extent.

Most healthy and well-tempered adult male dogs recognize that puppies are fragile and must be treated with care, which is a type of paternal instinct.

However, it’s not a paternal instinct that manifests due to an understanding of “this is my baby” and more so just a general idea that an adult should be gentle with a vulnerable puppy.

You’ll find male dogs be gentle with puppies of all sorts, not just their own. This is just like a female dog acting maternal towards puppies that aren’t hers; it’s a leftover natural instinct.

Can Male Dogs Recognize Their Puppies? 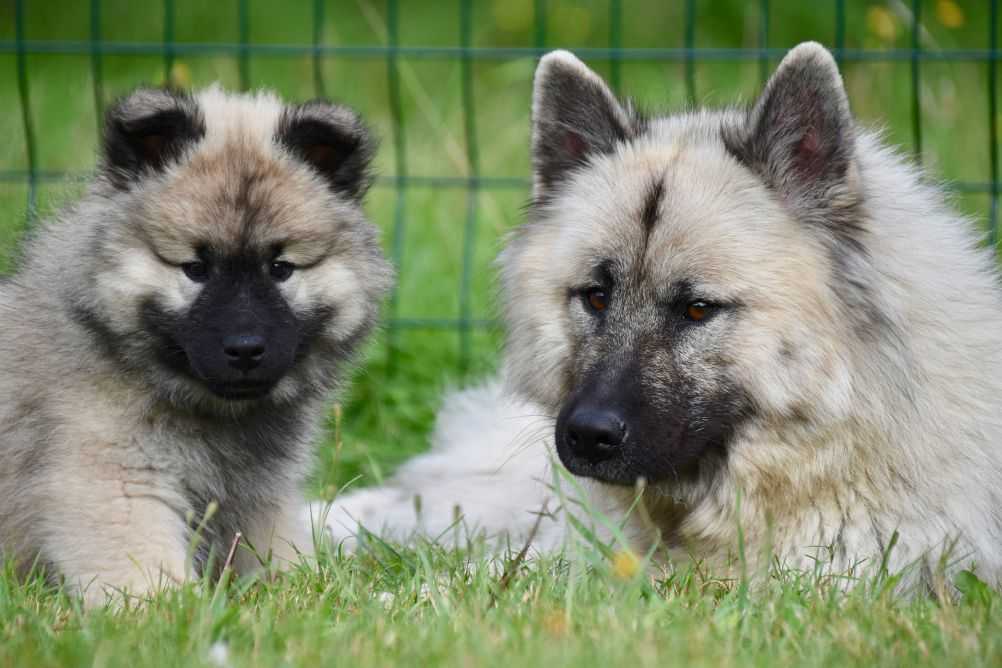 The short answer? No, they likely do not recognize their own puppies (although, of course, I can’t say this for 100% certainty as it’s impossible to get into the thought-process of dogs!).

The long answer is a bit more complicated than that.

Male Dogs May Not Ever Meet Their Puppies as Babies

The above question suggests that the father dog is present around the mother dog in some capacity. Still, in many reputable breedings, the owner of the female does not actually own the male… and the male may not even be in the same country!

Reputable breeders pair dogs together whose genetics complement one another and either improve upon or continue passing down positive traits through future generations.

The perfect pairing may not be someone local. It could be two dogs in entirely different parts of the world. Through artificial insemination, breedings can occur without both dogs being in the same vicinity.

As such, male dogs often never meet their puppies - and if they do, it’s likely at a dog show or a dog event. If a meeting takes place in this capacity, the puppy will be much older to have all of the proper vaccinations and training to be able to attend such a gathering.

With the male dog having never interacted with the puppy before or become familiar with the puppy’s scent… to both the father and the puppy, each one is a stranger to the other.

Even if Introduced to Babies, Male Dogs May Not Put Two and Two Together

If the breeder owns the male, or the male is in close enough proximity to the female to ensure a visit or two, the male dog may still not comprehend that the puppies he is looking at are his own flesh and blood.

Contrary to an odd popular belief, there is no specific scent that we are aware of that indicates a bloodline for a domestic dog.

By smelling the puppies, the male dog cannot have an immediate lightbulb over his head that these babies are products of his own genetic material. Nor does the female dog somehow communicate this to the male because dogs don’t have those types of relationships like humans do.

If anything, a female dog may lunge at the male if she senses any risk to her puppies.

A male dog may become very familiar with these puppies through frequent interaction. Still, it’s more of a cohabitation or friend bond than something paternal.

The only semi-paternal behavior that may be exhibited is protection, but protection tends to extend to members of a household (for example, a male dog will protect their human) rather than exclusive to their own offspring.

The interactions between male dogs and puppies are more of a dog-to-dog interaction rather than anything special that we presume should occur because of our own experiences of parental bonds.

That’s actually why puppies are sometimes introduced to their dads, not because of an expected paternal instinct, but because this is a male dog that the breeder knows and uses as a way for puppies to learn better socialization skills.

The breeder could use any number of dogs for this purpose; the father dog may simply be a choice of convenience rather than something deliberate. 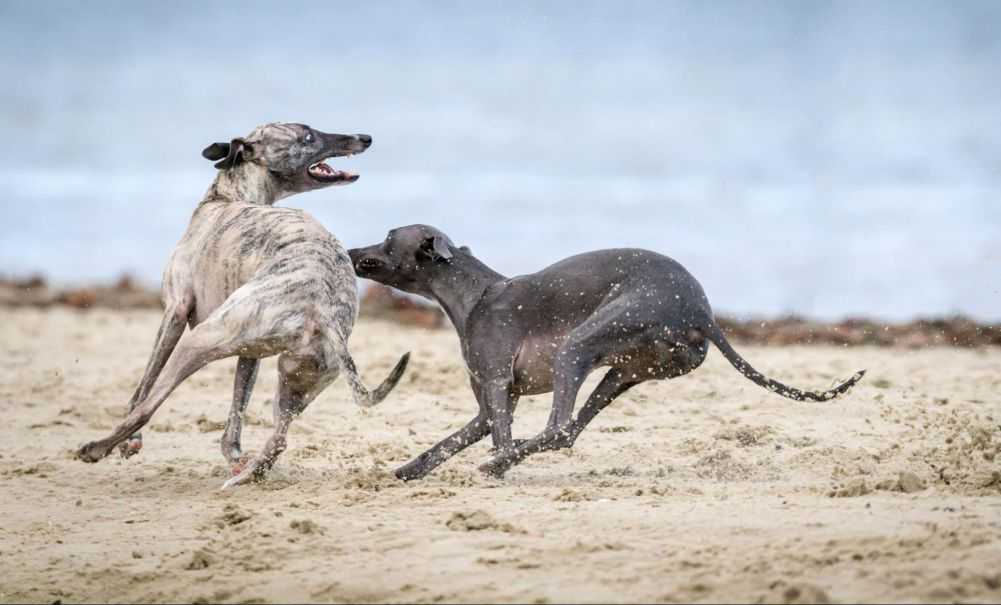 I am sure there are many heartwarming stories that the public may attribute to a male dog recognizing their puppies.

Unfortunately, the behavior observed may simply be misinterpreted. Our natural propensity for anthropomorphizing dogs (and all animals, actually) is simply a part of our own biological makeup - we try to find ways to relate to the world around us by comparing them to ourselves.

So, the honest truth is the likely fact of the stories you hear of male dogs recognizing their puppies many years later and showing a lot of affection has more to do with the male dog’s temperament or recognition of a housemate than anything else.

Male dogs with very friendly dispositions love showing affection to other dogs. This may not be specific to their own puppy that humans allege the male dog recognizes.

If one party doesn’t know this about the male dog, it may look like the male dog is showing “love and happiness” towards the puppy because of a parental instinct, but the reality is that the dog is simply friendly in nature.

Likewise, some dogs remember other dogs they have known in their past. For example, if a litter of puppies was raised alongside their father, he will recognize the puppy as a dog that cohabitated his home if he comes across that puppy again in the future.

Should Male Dogs Stay Away from Their Puppies in the Beginning?

If you’re of the idea that male dogs should meet their puppies (and it could be good for puppy socialization, so nothing against it!), it shouldn’t happen when the babies are brand new to the world.

Mother dogs are very busy during the last stages of pregnancy, birth, and for the first few weeks of a newborn puppy’s life. As such, female dogs prefer that male dogs stay away from them and their little ones and can get snappy as a result.

A male dog’s presence can distract away from caring for the very needy and quite vulnerable new puppies. As well, male dogs can be rougher than small puppies can handle, so there is a safety risk posed as well.

As such, the best time to introduce a male dog to puppies is beyond the four-week mark. At four weeks, female dogs are starting the process of weaning their puppies, and the puppies are now more active and curious.