How to Regain Your Dog’s Trust After Hitting Him

By Aviram K.
Published in Training & Behavior
March 16, 2021
4 min read
✏️ This article has been reviewed in accordance with our editorial policy.
🏥 The information in this article is not a substitute for professional help.

There are few things worse as a dog owner than seeing your pup cower and slink away after being physically disciplined. When this happens, you might find yourself making guilty self-accusations, like, “My dog is scared of me because I hit him” or, “I hit my dog out of anger; I’m a lousy owner.”

Fortunately, dogs don’t hold onto resentment the way people do—chances are, he’ll probably forget about the whole thing after a few minutes.

If you make a habit of using physical punishment to discipline your dog, however, he may grow more fearful and less trusting of you over time.

Table of Contents
01
Will Your Dog Ever Forgive You for Hitting Him?
02
How to Regain Trust with Your Dog
03
Never Physically Punish or Yell at Your Dog
04
Conclusion

Will Your Dog Ever Forgive You for Hitting Him?

If striking your dog out of anger or frustration was a one-time occurrence (hopefully one that you both learn a lesson from), you don’t need to worry about permanently scarring him. Just give him some space, and things will quickly work themselves out and return to normal.

If, on the other hand, you frequently turn to corporal punishment as a way of discouraging bad behavior, it may be necessary for you to take more active steps to regain your dog’s trust.

To understand what factors may affect your dog’s willingness to trust you, you first need to have a basic understanding of canine psychology.

You’re probably already familiar with the famous “Pavlov’s Dogs” study. If not, here’s a quick rundown:

Around the turn of the 20th century, Russian physiologist Ivan Pavlov trained a group of dogs to associate the sound of a metronome with their regularly scheduled feeding time. Eventually, the dogs would salivate anytime they heard the telltale clicking.

This type of direct association between causal events is now known as “classical conditioning,” or “Pavlovian conditioning” after the study’s author. Classical conditioning can apply to stimulating sounds and watering mouths, but it can also manifest in other, less benign ways, such as discipline through hitting and other negative reinforcement forms.

Every time you punish your dog using force, you’re teaching him that there are unpleasant consequences for the behavior that prompted the reprimand. But you’re also teaching him to fear you and see you as a source of pain and anxiety. This kind of conditioning can understandably lead to some degree of aversion, which is not at all what you want. 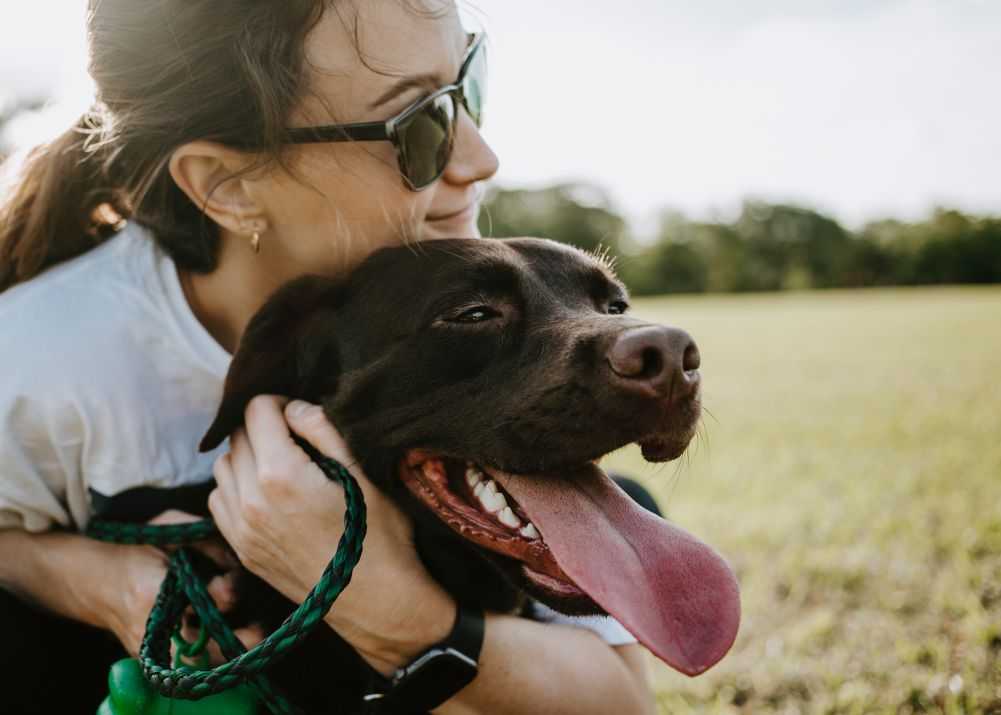 How to Regain Trust with Your Dog

How do you say sorry in dog language?

Sadly, there is no straightforward answer. However, there are some things you can do to regain your dog’s trust.

Before you do anything else, soften your face and switch to a calm, soothing tone of voice. Doing so will make it clear to your dog that the initial incident is over and that you’re not angry about it anymore.

If you continue to yell, scowl, or frown, he may go on thinking that you’re mad and spend more time sulking as a result.

Let Him Come to You

Don’t attempt to pick up, corner, or otherwise detain your dog after he runs away with his tail tucked. This will only make him feel threatened or think he’s done something wrong on top of what he was just punished for.

Like people, dogs need time to work through their emotions and get over what’s bothering them. Give him the freedom to approach you when he’s ready. If you like, you can sit somewhere nearby to stay close while he recovers from the shock of the situation.

Offer Him a Toy or Treat

Bring the item to him and let him see that you want him to have it. He may not take it right away, but after a while, he’ll most likely begin to show an interest. At that point, you’ll know he’s moved on. 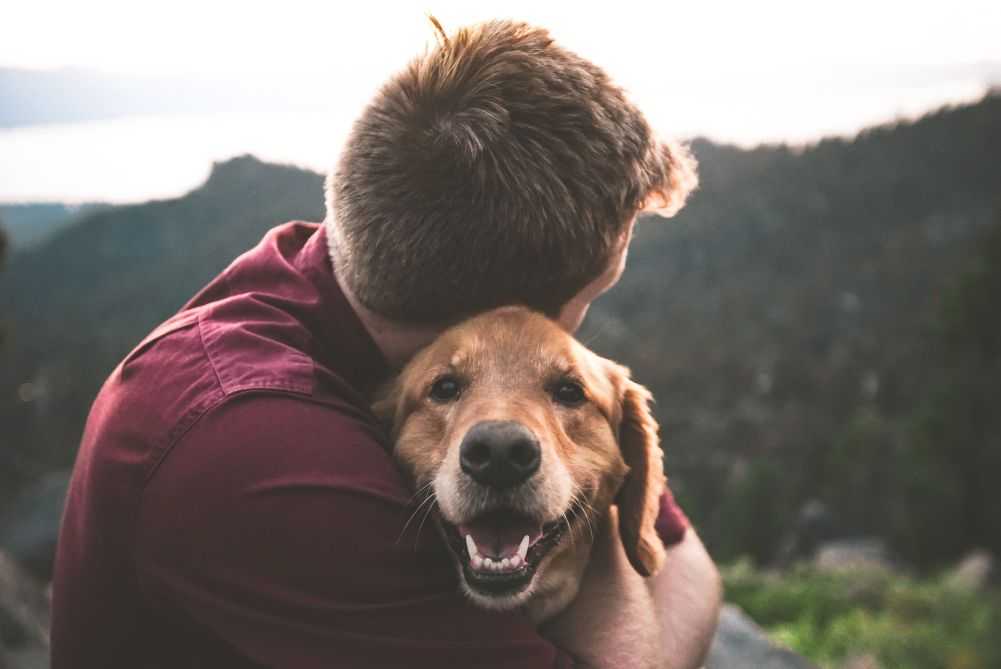 Never Physically Punish or Yell at Your Dog

If you have to deal with an unruly pup often, you may find yourself wrestling with the idea of disciplining him using physical force.

Hitting may put a stop to the behavior, but it can also cause irreparable damage to your relationship with your furry friend and harm his mental health (not to mention the risk of unintended physical harm).

Multiple studies have demonstrated that hitting isn’t even a particularly effective means of disciplining dogs. If you want to make a lasting improvement and spare your dog unnecessary suffering and trauma, try one of these proven humane methods.

In the future, resist the urge to lift a hand to your dog when he acts up. Instead, give him a stern warning, then give him a treat or a belly rub the next time he has the opportunity to perform the bad behavior but doesn’t.

This strategy will help produce the intended effect with the added benefit of making him feel accomplished, not miserable.

Dogs may not understand what we’re saying, but they’re experts when it comes to interpreting inflection and tone. In many cases, simply using verbal commands like “no,” “off,” or “leave it” will likely be enough to make your dog think twice about doing something he shouldn’t.

Use Time-Out for Repeat Offenses

If you’ve given your dog numerous chances to shape up and he’s ignored them all, put him up by himself for 5-10 minutes.

Time-out serves two crucial functions. First and foremost, it’s a non-violent way to drive home that he’s being penalized for acting unacceptably. It also gives you a chance to collect yourself so you can avoid scaring or upsetting him further. 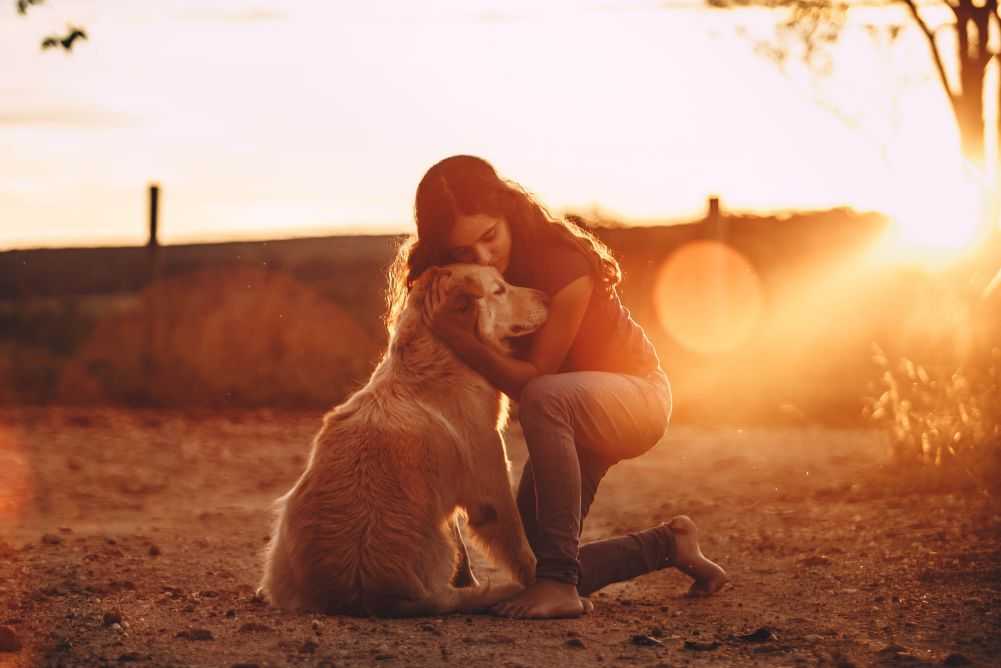 Dogs are resilient animals with buoyant spirits, and they have a way of bouncing back quickly after being disciplined. Still, it’s a good idea to adopt alternative punishment methods that don’t carry the risk of a long-term negative impact on your dog’s psyche or personality.

By learning to be firm yet gentle with your canine companion when he misbehaves, you can correct his more undesirable tendencies while ensuring that he remains as loving, devoted, and happy as the day you brought him home.