Why Do Dogs Howl in Their Sleep?

By Aviram K.
Published in Training & Behavior
April 3, 2022
4 min read
✏️ This article has been reviewed in accordance with our editorial policy.
🏥 The information in this article is not a substitute for professional help.

You’re all cuddled up in your bed, enjoying a delicious night’s sleep. Suddenly you’re jarred awake by the sound of a loud howl.

Woah. Is there a werewolf outside? Or maybe a coyote?

You flip on the light and realize the noise is much closer than you think…it’s coming from your own bed.

He’s fast asleep, but he’s howling away like a banshee.

Should you shake him and wake him up? And why is he howling like this?

Dogs may howl in their sleep when they are dreaming. Howling can be a normal part of their sleep cycle and is usually no cause for concern. It’s not recommended to wake a howling pup from their sleep, but a gentle nudge can be enough to quiet them.

It can definitely be unsettling to be jolted awake by howling that sounds like the soundtrack of a horror film.

So, join me as I get to the bottom of exactly why your pup is doing this and a simple way to get him to stop.

Why Dogs Howl in Their Sleep 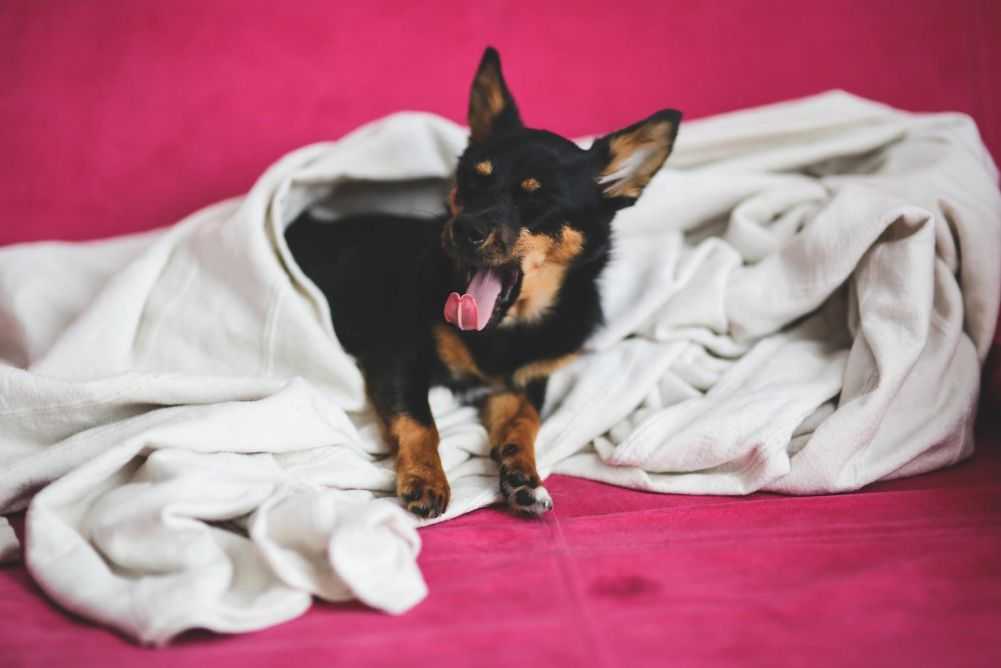 To put your mind at ease right off the bat, I want to assure you that your pup howling in his sleep is totally a normal thing. And if you feel a bit mystified and curious about the whole thing, this is normal also!

Historically, there were many superstitions centered around the allure and mystery of howling dogs. Early cultures are full of explanations of what a howling dog may mean.

These beliefs are thought to have begun in Ancient Egypt. Legend has it, their dead were allegedly delivered up to the God of Anubis, who was depicted as having a dog’s head.

A few other superstitions about howling dogs:

With all of these spooky beliefs woven into the fabric of history, it makes even more sense why you want to know what it means when your pup howls in their sleep!

All superstition aside, it truly doesn’t mean much, actually. It usually means that your pup is simply dreaming. Sorry to disappoint if you were hoping for a juicier answer.

And this all actually makes a lot of sense when you examine how the sleep cycle works. Dog’s REM (Rapid Eye Movement) portion of sleep is very similar to humans. This specific part of sleep is usually entered within 20 minutes when your pup has drifted off to beddy-bye.

During this time, dreams are usually most intense, which may be exactly when your pup is likely to be howling up a storm!

In addition to howling, your pup may display other lively sleep activities like barking, crying, whimpering, scratching, or moving his paws.

So, what’s Fido dreaming about?

To put it simply, doggy-things! Of course, your pup can’t literally speak up to confirm this. But it is safe to assume that he is busy dreaming away about things he knows about and is familiar with.

You know, the important things!

How to Stop Dog Howling in Sleep

When you are hours deep into a howling session in the middle of the night, all you may be able to think about is how to get it to stop.

Sure, you have patience…but you also have work in the morning!

Basically, let your pup be. Well, not totally.

First, check and make sure your dog is actually asleep and that there’s nothing wrong with him. Once you’ve confirmed that he’s sleeping, feel free to give him a tiny nudge.

But just a nudge! I don’t recommend literally waking your dog up from a cold sleep.

In some cases, even the most docile, harmless, and even-tempered dogs can wake up in an aggressive state if they are startled. Meaning, your sweet pup could open his eyes and immediately be on the defensive and nip or even full-on bite you.

And if you’ve ever been woken up out of a dead sleep, you probably understand the feeling!

Now you may wonder, “but what if they’re having a nightmare…shouldn’t I wake them up?”

Of course, there’s truly no way to know if your dog is having a nightmare, whether they’re howling in their sleep or not. But giving your pup that little nudge is still your best and safest bet to get them to settle down. And this could potentially redirect any bad dreams they could be experiencing.

A Howl That’s Not so Spooky 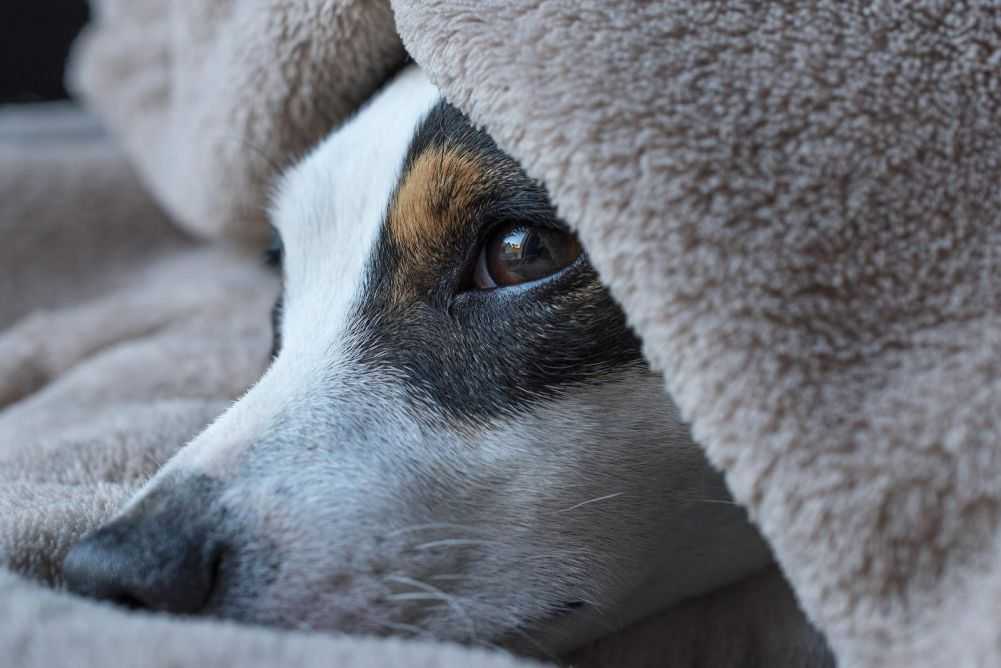 Dog howling may traditionally and historically have some creepy meanings. But when your pup howls in his sleep, it’s not that deep.

A dog howling in his sleep is a dog who is likely just experiencing a vivid dream life. Nothing else to see here!

You can confidently give your pup a little nudge-no need to fully wake them. They will likely simmer down, and you’ll be on your way back to your own dreamland in no time!