Waking up Your Dog: How to Best Go About It

By Aviram K.
Published in Dog Ownership & Care
December 28, 2021
4 min read
🏥 The information in this article is not a substitute for professional help.

“Let sleeping dogs lie” they say, and in most cases, a snoozing dog is the best dog!

But there are definitely situations in which you need to wake up your sleeping pup, and you’re not a bad person for doing so.

That being said, there are proper ways to wake your dog up so that Fido isn’t startled or overly grumpy.

In general, it is better to avoid waking up dogs when not necessary. Dogs can be startled when abruptly woken up, which can lead to biting or snapping out of fear. Waking your dog up the right way, such as speaking to them soothingly or using a treat, can mitigate this response.

In this article, I will help you feel less guilty about having to awaken your dog from their slumber with tips and tricks on how to bring them back to conscious reality the right way.

Table of Contents
01
Do Dogs Hate It When You Wake Them Up?
02
What Is the Best Way to Wake up a Sleeping Dog?

Do Dogs Hate It When You Wake Them Up? 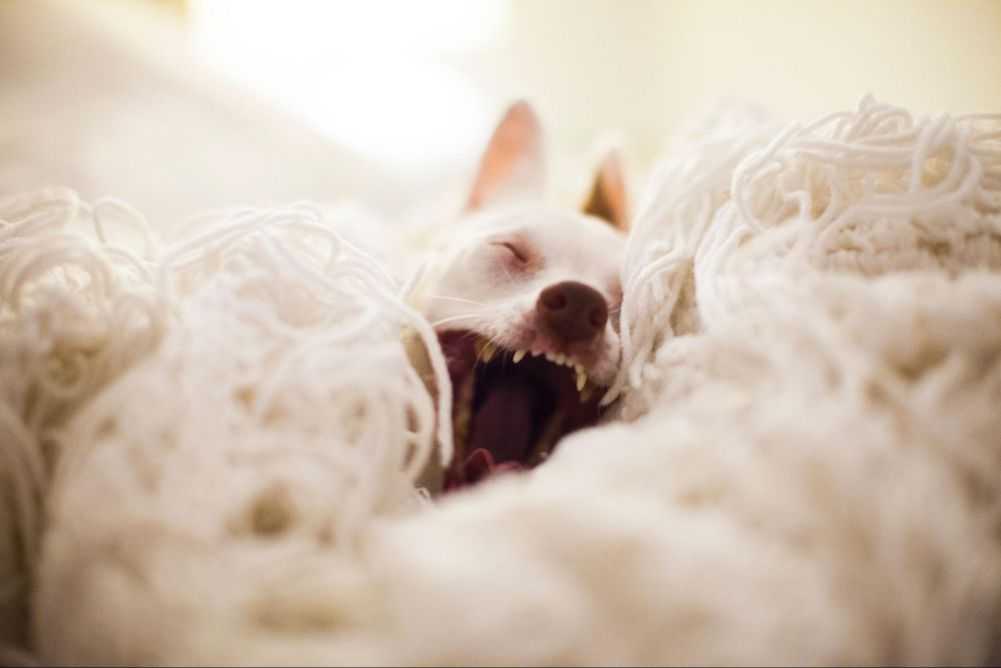 Dogs display many types of emotions, from happiness to fear. But, truth be told, anger and hate may not be one of them.

That being said, much like you or I, being abruptly woken up from a deep sleep probably isn’t their favorite thing in the world!

Every dog has a different response to being woken, and it can also differ based on what stage of the sleep cycle they are in.

Dogs cycle through REM sleep (the cycle of sleep that causes dreaming) only twice and only for about six minutes each. Humans cycle through this multiple times and for significantly longer periods.

Being woken from a heavy deep sleep can be startling and abrupt to a dog, which may result in unintentional lashing out or fear.

However, being woken in any other part of their cycle should have a gentler response.

Think of it this way: If someone wakes you up mid-deep sleep, it’s pretty shocking, isn’t it? We may not bite in response, but a dog is still an animal, and they might be so surprised that they begin trying to protect themselves.

Being woken during SWS is less of a headache, as that’s a much lighter sleep in which dogs can ease in and out of sleep with no real difficulty.

What Is the Best Way to Wake up a Sleeping Dog?

Instead of shaking your dog up or forcibly grabbing them to pull them out of sleep, there are certain methods to take to mitigate the risk of a dog being scared, shocked, bitey, or otherwise aggressive.

We really are such similar species in that regard because I don’t really know any person who wants to be shaken awake either!

This being said, I do not condone waking dogs up for the thrill of it - only do so when you really need your pup up and alert.

Such as potty team or feeding a meal on a schedule so that your pet’s needs are properly met before going to work! Interfering with a dog’s sleep cycle too frequently could have some health and behavioral implications, much as it does with sleep-deprived people.

1. Make a Bit of Noise When Entering the Room

Dogs, especially in the SWS or short-wave sleep cycle, naturally wake up when they hear us. Granted, they may not always acknowledge us or come over, but more often than not, you’ll see those eyes looking at you!

As such, you can wake a dog more naturally by being a bit louder with your day-to-day shuffle and then calling your dog over.

This more natural way of waking the pooch keeps them from getting startled.

2. Talk To Your Dog As If They Are Not Asleep 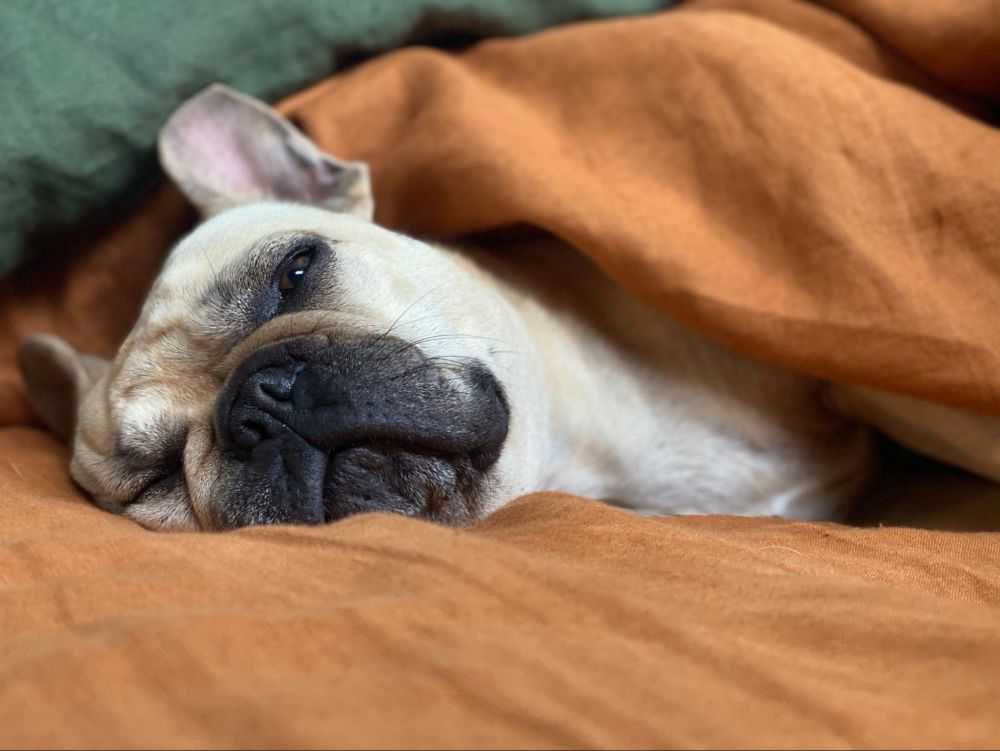 Like the method above of a more natural waking technique, start talking and verbally engaging with your pup as if they are not asleep.

This could include calling them over for food, bathroom time, or to play with a toy. In addition, many dogs will wake up upon hearing their owner’s voice.

3. Talk To Your Dog in a Soothing Manner

For the heavier canine sleepers out there, crouching down next to your pup and soothingly talking to them can be just the trick that the doctor ordered.

Hearing your voice in such a calm way can very gently ease your pup back to the land of the conscious. This is especially successful on young puppies!

Avoid the desire to pet or touch your dog to wake them up - the feeling of something on them can be terrifying, depending on what sleep cycle they are in. Even if they are in the more “correct” sleep cycle for being pulled out of sleep, nervous dogs can still be scared.

4. Use Treats for a Positive Experience

The sniffer is a powerful part of the dog’s body - so do not doubt its ability to pull Fido out of sleep for a yummy bite!

Sometimes just holding a treat by the nose is enough to watch them start wiggling and the eyes open up.

You can also use treats in conjunction with any of the above methods to make waking up from sleep a very positive experience for your dog! This can also make them a bit more sensitive to you and easier to awaken.

5. (For Deaf Dogs) Make Vibrations on the Floor 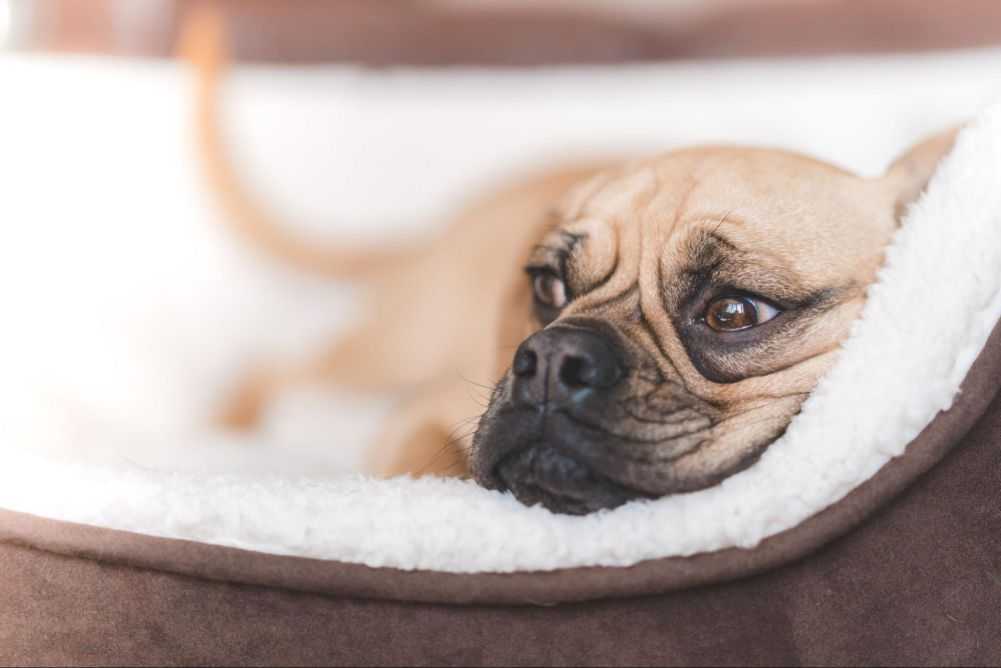 So, what do you do if noise isn’t what will get your dog up because they are deaf?

Well, when you lose one sense of the body, the others become more powerful to compensate.

For deaf dogs, stomping your feet on the ground (at a reasonable distance away from them, don’t do this close to their face) can help wake them up due to feeling the vibrations on the ground. This is much less startling than being touched and eases them awake.

You can also try the treat method as their noses are still quite powerful.

6. (For Deaf or Senior Dogs) Blow On Them

For deaf or senior dogs whose senses are significantly dulling with age, gently blowing on their face can help wake them up!

Older dogs with duller senses tend to get much more scared and shocked when woken (so, generally speaking, let the old pups have their slumber), but blowing on them like a gentle breeze can help get them awake if absolutely necessary.