Dog Aggressive Around the Crate? Here's Why & What to Do

By Aviram K.
Published in Training & Behavior
April 19, 2022
5 min read
✏️ This article has been reviewed in accordance with our editorial policy.
🏥 The information in this article is not a substitute for professional help.

With so many positives to crate training, it’s hard to consider any repercussions of such a feat!

But believe it or not, where most dogs tend to do well with the crate, some might develop a snippiness you didn’t expect.

If you have a pup who tends to growl, bite or otherwise show some unpleasant behaviors around the crate, know this:

Crates themselves do not make dogs aggressive. Instead, dogs become aggressive around the crate because of resource guarding or having a negative association. You can remedy this by restarting crate training, preventing other animals in the household from accessing the crate, being stern and fair, respecting your dog’s needs, listening to your dog, and not being aggressive yourself.

In this article, I will uncover and expand on why some dogs may begin acting aggressive with crating and what you should do about it.

Can a Crate Make a Dog Aggressive? 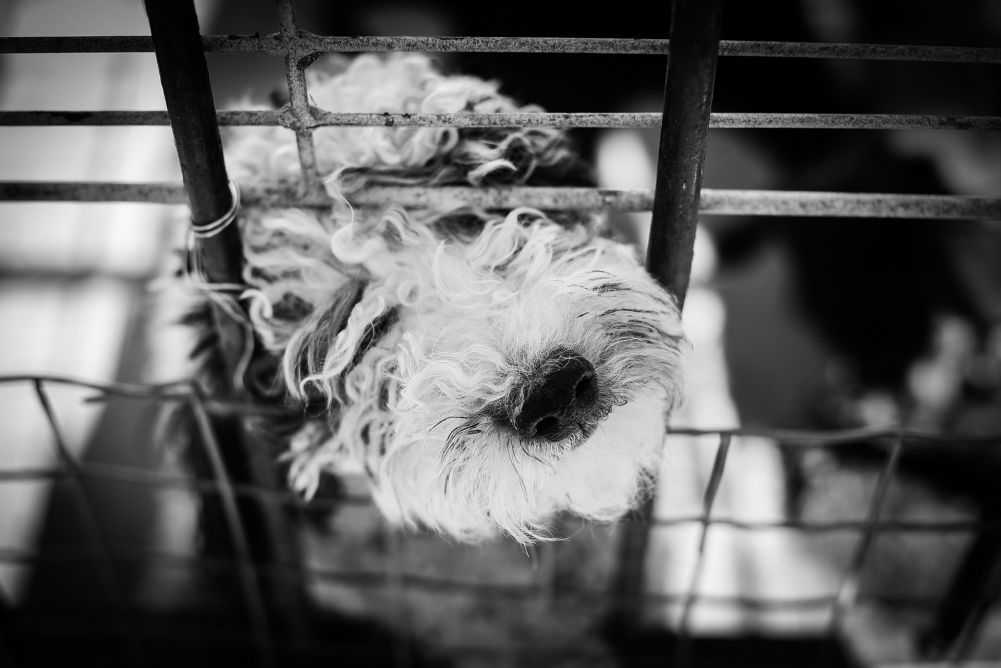 If you begin suffering negative behaviors from your pup regarding the crate, the mind instantly begins blaming the crate as the source of the aggression.

However, it’s not the crate that causes this behavior.

All domestic dogs inherently have some leftover smidgens of their wild ancestor, the wolf.

Most of the time, the instincts that remain in your dog manifest in mild ways, such as a desire to dig or comfort in dens (which is why crate training works). However, some dogs (especially more primitive breeds) can display a rather nasty biological trait known as resource guardian or resource possession. This term refers to a dog’s aggressive behavior towards something they consider their resource, such as food. If your dog has ever snapped at you for being too close to their bowl, that’s resource guarding at its truest.

Resource guarding can manifest to anything that your dog sees as precious to them, even if you don’t quite understand what the value of that object is. If they feel their possession is at risk of being taken away or tampered with, they will fight back to protect it.

However, if the aggression happens around the crate but doesn’t seem to be due to protection, then it might have been your training or a negative incident that has activated your dog’s fight-or-flight response.

This is another wild leftover intended for self-preservation. If your dog has a strong negative association with their kennel, you may see these behaviors come about to prevent having to interact with the kennel.

But, you see, it’s not the crate directly causing either of these.

Why Is Your Dog Aggressive Only Around the Crate, Then?

Well, the reason your dog would be aggressive only around the crate is because the crate tends to be in the center of this dilemma.

The crate (an inanimate object) didn’t cause any of these behaviors to manifest; it just happens to be the center of attention in this story.

However, aggressive or possessive behavior can occur with anything, not just a crate. As added validation to the point, most dogs who undergo crate training never become aggressive around the crate, so it is not the object’s crux.

If your dog is predisposed to resource guarding (whether by breed or by temperament), and you did your job of making the crate appealing a little too well, then you’ll see this behavior solely around the crate.

Your dog is protecting something that they place great value in. This isn’t necessarily of your own doing, some dogs have this issue, and others do not. But it is important to nip this in the bud as quickly as possible.

On the other side of the spectrum, if your dog has become very negatively associated with the crate, you’ll see aggression around the crate only because the crate is the perceived source of your dog’s frustration.

This reaction could be caused by you leaving the dog in the crate for too long, and that unhappiness stems from acting out when being asked to go inside the crate.

Something could have scared the dog inside of the crate that made them not want to go inside. Or if you use the crate for punishment (which you’re really not supposed to do!), then it has a lot of negative energy around that area, which encourages aggressive behavior.

What to Do with Dog Possessiveness and Aggression Around the Crate 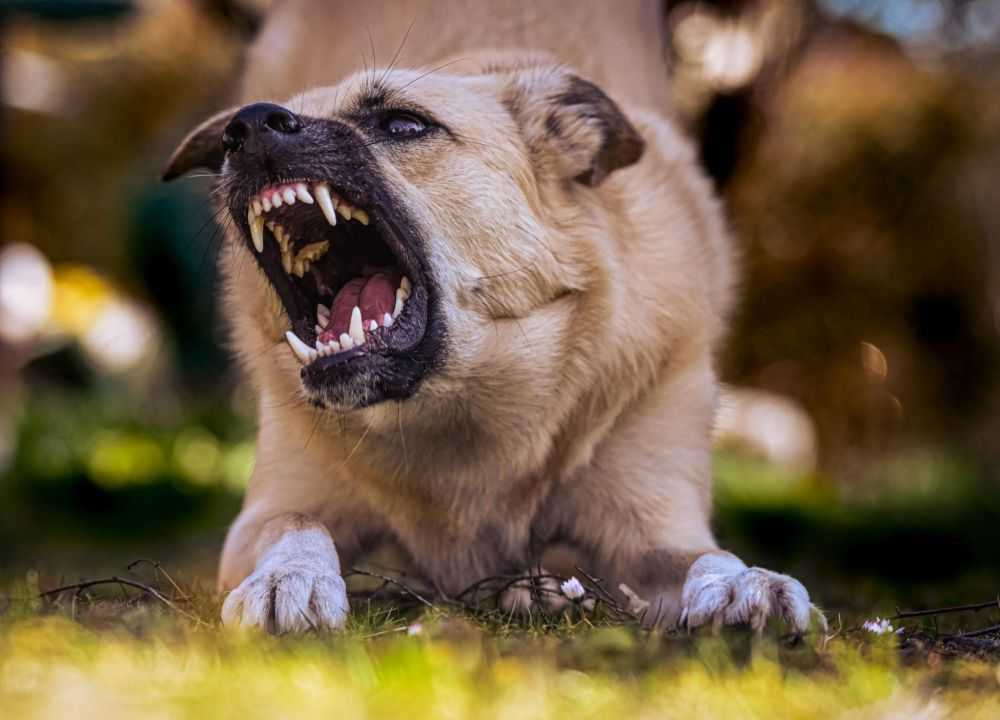 Don’t feel hopeless over your dog’s new behavior towards the crate. There is a way to remedy the aggression and possessiveness!

The first thing to do is understand where the aggression or possessiveness stems from.

To start on a simple note, if the aggressive behavior is sudden and appears fearful in nature, then this is a manifestation of a flight-or-fight response (leaning on the right side of the equation).

The solution here is to go back to square one with your crate training - act as if your pup has never seen the crate before.

Restarting the training can help you remedy your mistakes during the process (it’s okay, it happens!) and give your pup a new foundation upon which to build. Genuinely go through all of the steps again, from feeding meals in the crate to making the crate become the best place in the world for your dog.

Sometimes, aggression towards the crate stems from something as simple as not giving your dog enough exercise or not spending enough time with your puppy.

Loneliness and pent-up energy are very real things in dogs as they are social and working creatures. However, you can prevent both by setting up a good schedule that allows you to take your pup out on walks, engage in playtime, and cuddle on the couch!

On a more complex front, if the aggression stems from possessiveness over the crate, it’ll be a bit of a more arduous process. Try to sort out what the trigger could have been.

If you have a multi-dog household, another one of your dogs invading the crate could have started this type of response. The best action here is to prevent any animal from invading your dog’s crate and allow the crate to be a safe, private spot. You’ll be surprised how quickly your dog will stop the aggressive behaviors once they don’t have a reason to continue them!

If you only have one dog, then the possessiveness likely comes from you being the catalyst in invading their space, you lacking leadership, being too aggressive, or your pup feeling overwhelmed.

If you invade their space and don’t allow your dog to take a breather from you, they’ll be overwhelmed and beg for some time apart. Not listening to your dog’s body language and needs can cause possessiveness and aggression to begin. Respect your dog’s needs, and your dog will respect you!

Which leads right to the lack of leadership role. If you haven’t established yourself as the household leader, your dog will start to test boundaries and become rather territorial. This is especially common during the teenage period of a dog’s growth. Be stern and fair, but not mean or cruel!

If you’re an aggressive person and act aggressive towards or around your dog, you will encourage them to do the same. Dogs are incredibly empathic and will pick up on emotion quite easily. They also look to us, their people, as an example. Alter your way of behaving, and so will your dog!