Crate Training with Multiple Dogs in the House: Tips & Advice

By Aviram K.
Published in Training & Behavior
January 19, 2022
7 min read
✏️ This article has been reviewed in accordance with our editorial policy.
🏥 The information in this article is not a substitute for professional help.
🔗 This article contains affiliate links. We may earn commission when you buy through them.

Having several dogs can be a ton of fun; after all, they’re like potato chips - one is never enough!

One such challenge is what to do about crate training when you have two or more four-legged family members running around!

It is not unfair to crate one dog and let the other roam. Every dog in your home should have their own crate; sharing can lead to fights. Picking the right crate location and size, ensuring each crate has privacy, viewing each dog as an individual, disciplining poor crate manners, and keeping your routine consistent for all leads to success.

Whether you have multiple dogs or are considering adding a second pup to your family, I am here to help you crate train with multiple dogs in the house!

In this article, I’ll offer some insight on whether or not you need a crate for every dog in your home and some tips and tricks to ease the crate training routine.

Table of Contents
01
Is It Unfair to Crate One Dog and Not the Other?
02
Should Each Dog Have Their Own Crate?
03
Tips for Crate Training Success with Multiple Dogs in the House

Is It Unfair to Crate One Dog and Not the Other? 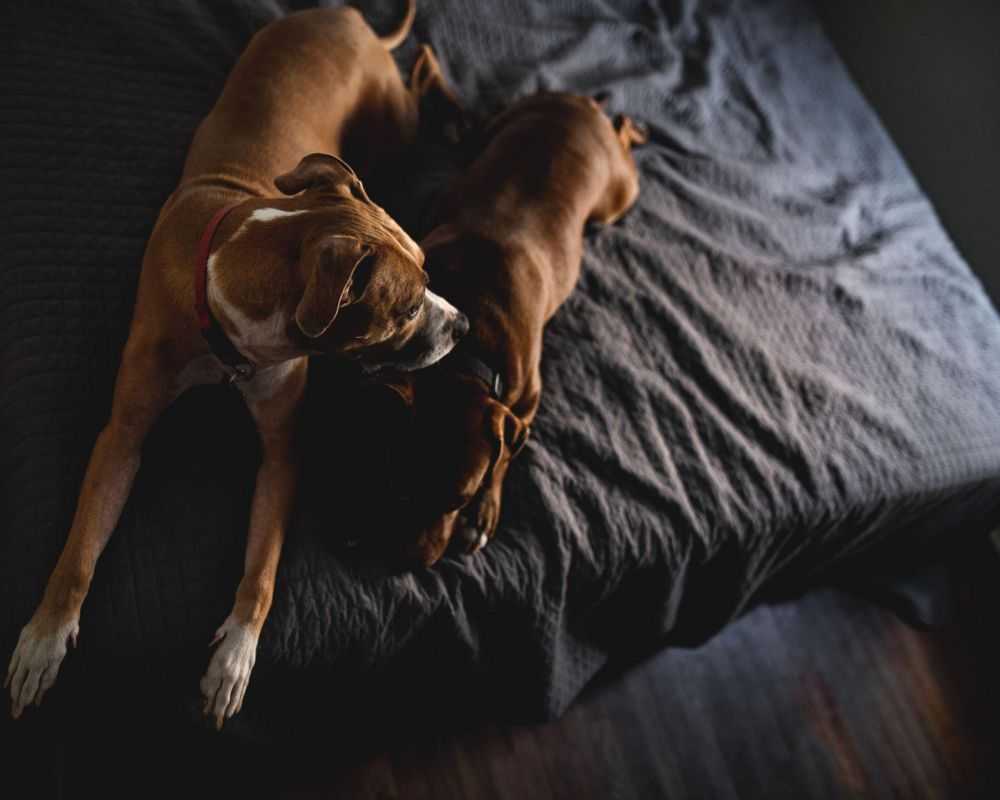 This question ties into a comment that multiple dog owners hear quite a bit: “Isn’t it unfair that one dog is roaming free and the other is locked up?”.

Want to know the truth? That statement in and of itself adds way too much humanity to a dog.

Not to say that dogs cannot be related to humans, they do feel emotions, but they don’t interpret life in the same way that we do. We anthropomorphize dogs to better relate to them, but in this, we often lose sight of how a dog really feels.

In reality, your dog very likely doesn’t interpret their confinement and their comrade’s free outing as unfair.

Of course, you may see some dogs yearning to leave their crate, but that’s not because another dog in the home is out: That’s just because they don’t want to be in the crate or want to get to you.

A dog conditioned to be comfortable and happy within their crate won’t display these behaviors regardless of how many other dogs are free-roaming.

Equally so, you have to remember that raising a dog means taking you out of the equation.

Hear me out: your job as a pet owner is to do what is right for your dog, not necessarily for yourself.

When you take the ‘you’ out of the equation of dog ownership, crating one dog and not the other becomes a much easier answer. If one dog needs to be confined from the other, that’s for all of the dogs’ best interests.

Some households keep the most ideal peace with a system known as crate-and-rotate. This refers to giving each pup their own designated time out of the crate.

While one dog is free-roaming, the other stays in a crate, which helps keep everyone happy and safe in a home where the dogs may not all get along with one another.

Should Each Dog Have Their Own Crate?

Now, crate training has so many benefits that if you’re crate training one dog, you might as well crate train them all. Which begs the question of whether or not your home is going to be stacked to the brim with dog crates and kennels.

If you have twenty dogs, probably so! In all seriousness, every dog you have in your home should have a crate of their own - both inside and in your car. Even if they seem like they can co-exist in one crate, you shouldn’t force them to.

Let’s break down what a crate means to your dog:

Imagine the kennel as your dog’s very own primary bedroom. Would you want to share that space with your friend, or would you prefer the perks and privacy of having it all to yourself?

Sure, there are people out in the world who love roommates, but honestly… that’s the uncommon stance. The majority of people want their own individual space without the invasion of another.

Your dog is more likely than not to be the same way. The crate is their own private, individual space where they make the routine, and forcing another dog to share that space is a recipe for disaster.

Dogs can be territorial and get aggressive over their space. If you’ve done your job in getting your dogs to love their crate, then sharing one will be problematic.

Even if your two or more dogs adore each other or get along very well, forcing them to endure one another’s company in a small confined area like a crate could still cause a fight to break out and escalate.

This rings true for puppy siblings as well; it does not matter what the familial relationship is.

When puppies are very small and still dependent upon their mother and each other’s company, they can be crated together without issue. However, once they start to gain independence, it’s best to keep them separated as possessive and territorial behaviors may start rearing their heads.

If you have kennels in your car for driving, each dog that tags along should have their own in this case too.

The last thing you need is two dogs snapping at each other when you’re going 70 mph down the highway! That’s a major safety risk and completely contradicts the purpose of keeping dogs in crates while on the road.

Why risk the chance of an aggressive response such as a fight? Instead, let each dog have their own personal space and bask in the glory of your household peace.

What About Snuggly Dogs?

Okay, yes, some dogs tend to be pretty dependent on each other or love each other with such ferocity that they snuggle constantly. These dogs might be good in a crate together - but they should still each have their own crate.

You can leave the doors of the crates open and give your dogs the option of snuggling with each other in the kennel, but it should be their choice.

If you really insist on crating two dogs in one space, then this should really only be done at night - when your pups are tired and their behavior becomes predictable.

Tips for Crate Training Success with Multiple Dogs in the House 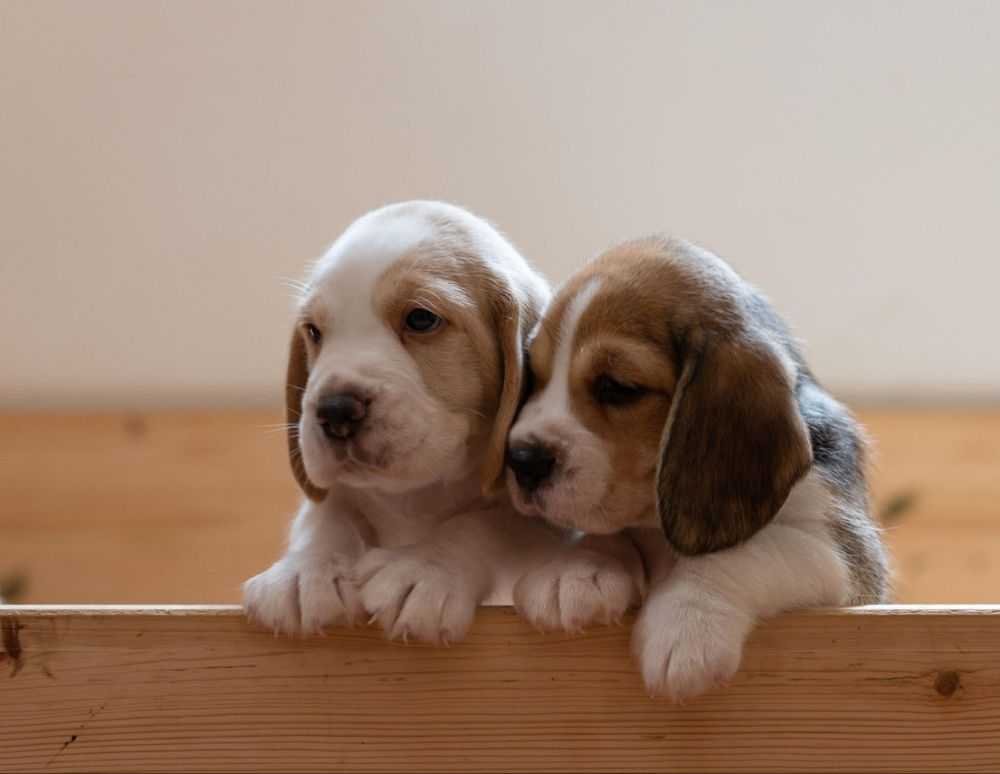 Now, for the moment, you’ve been waiting for… some helpful tidbits of how to be successful in crate training multiple dogs in the house.

Truthfully, it’s not terribly different from normal crate training - you’ll just have to do the same things over and over again with more than one dog and become good at managing.

Determine Where to Put the Crates

Figuring out where and how to place the crates tends to be the first step on the road to multi-dog crate training success!

How you arrange the crates depends on not only how many dogs you have but what the relationship between all of your dogs is.

In homes where the dogs show a level of co-dependence on one another, placing all of the crates in the same room might be the best course of action. Your dogs may enjoy the comfort of knowing they are all still in the same general area while still having their own individual spaces.

However, if your dogs don’t really fancy one another all that much, putting the dog crates in different rooms may be the best solution in keeping ultimate peace.

If you lack space to do this, place some room dividers between the kennels. The point is for the dogs to not constantly see each other.

Crates mimic dens, and a big characteristic of a den is its darkness and privacy!

All of your pups will appreciate having a space away from the hustle and bustle of a multi-dog household, and offering a crate cover can add even more benefit to that.

You can pick up a variety of great-looking crate covers on Amazon, such as the MidWest Homes for Pets Dog Crate Cover.

View Each Dog as an Individual

It’s human nature to compare each dog to your other dog, but doing so can be harmful when crate training. Instead, view each pup as the individual they are and know that you may not be able to train them all the same way.

Each pup may need a different approach to becoming comfortable and content with their crate. Some may pick it up faster than others, and expressing frustration at this fact helps no one! Have patience and treat each dog as their own independent being.

This is also important when choosing crates - pick the correct type and size for each dog. Some a chewers and need something sturdy, like a metal crate, while others love their crate and can do well in a fabric one.

Much like having sibling children, you need to be the disciplinarian if one dog is cruel to another dog.

Unfortunately, not all dogs will offer a correction or stand up for themselves when being mistreated; some are submissive and will allow themselves to become the rug.

As the dog owner, this is where you have to step in to mediate and keep a peaceful household intact.

If you see one of your dogs pestering your other dog while they are trying to enjoy their crate, put an end to it immediately.

You don’t want your dogs to view the crate as something they get backed into or something that can be taken away from them.

Keep a Consistent Routine for All 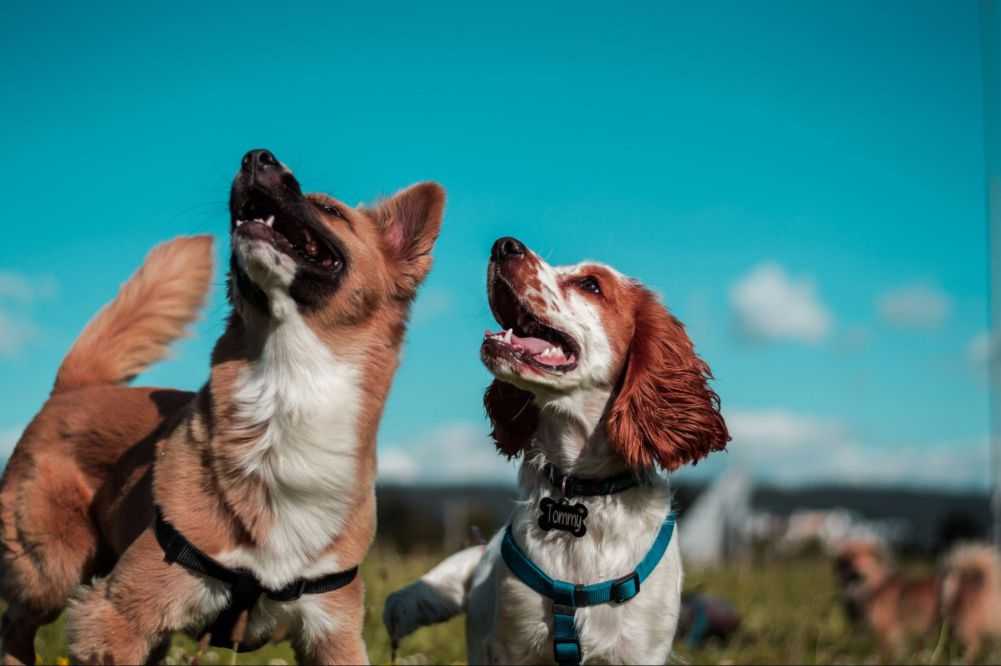 Although this technically isn’t necessary if you have some well-behaved dogs and others are still learning, for your own sanity, it’s usually easiest to just keep a consistent routine for all of the dogs in the home.

Even if you have to crate and rotate dogs that don’t get along with one another, keep it on a schedule. Schedules, routines, and consistency are all things that dogs really thrive on, and it makes it simpler for you as well.