How Much Do Dogs Sleep?

By Aviram K.
Published in Dog Ownership & Care
November 12, 2020
4 min read
✏️ This article has been reviewed in accordance with our editorial policy.
🏥 The information in this article is not a substitute for professional help.

It sure seems like your dog does nothing but sleep all day, right? All he does is eat, play a little, and then sleep for the rest of the day. Dogs actually spend around 50% of their day sleeping, 30% lying awake, and just 20% being active. Should you let your dog sleep in late? The simple answer is yes, but it also depends if he’s showing signs of stress or not.

Let’s tackle the main questions about this topic.

Table of Contents
01
How Much Sleep Should Your Dog Get?
02
Why Do Dogs Sleep So Much?
03
What May Cause Your Dog To Sleep More Than Usual?
04
When Should You Worry That Your Dog is Sleeping Too Much?

How Much Sleep Should Your Dog Get?

Dogs require a different amount of sleep based on their maturity. A typical dog tends to sleep:

Wow. That’s a lot of sleeping. I sure envy those little furry creatures…

However, with that in mind, each individual dog’s sleeping needs are different and depend on many factors, which I’ll explain later on.

First, let’s briefly understand why dogs need to sleep so much.

Why Do Dogs Sleep So Much? 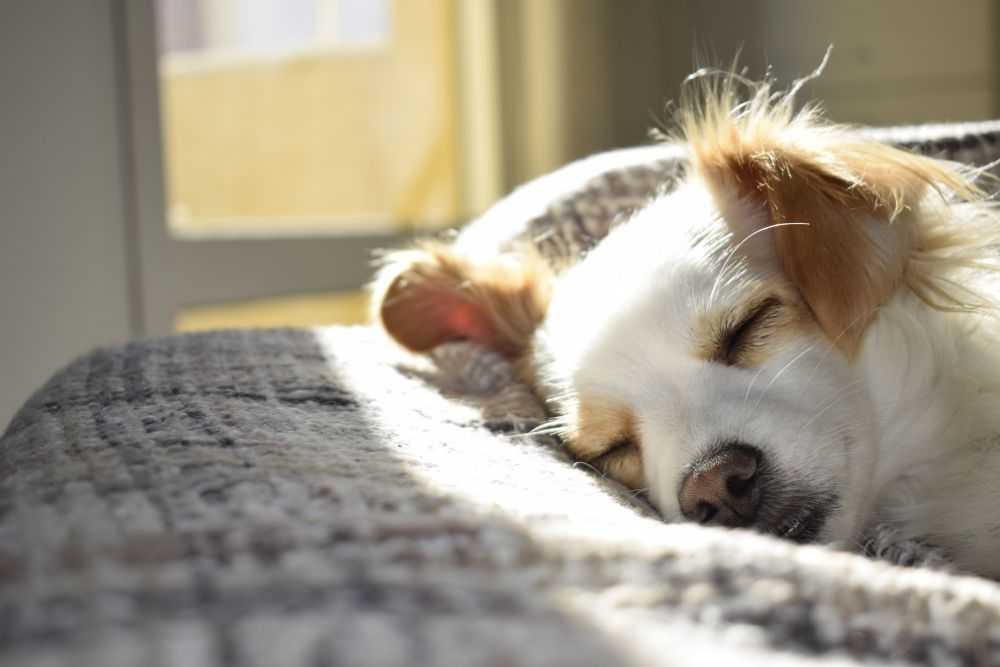 Dogs’ sleeping patterns are different from humans’. Dogs spend roughly 10% of their sleeping time in the REM (Rapid Eye Movement) stage. REM is the sleep stage where dogs dream and get the highest quality of rest. As a comparison, humans spend around 25% of their time in the REM stage. The low amount of time in the REM stage of sleep means dogs need to sleep way more than humans do to fully recharge their energy.

Dogs are also very flexible and light sleepers. They are very adaptive and change their sleeping habits based on their environment. That may mean that they sleep through the night while you are sleeping and then take a few naps during the day to make up for the sleep deficit.

Ok, so dogs need a ton of sleep - and not necessarily in one sleeping session. But how do you know if your dog is sleeping too much? When should you start worrying? Let’s explore what can cause your dog to sleep more than usual.

What May Cause Your Dog To Sleep More Than Usual? 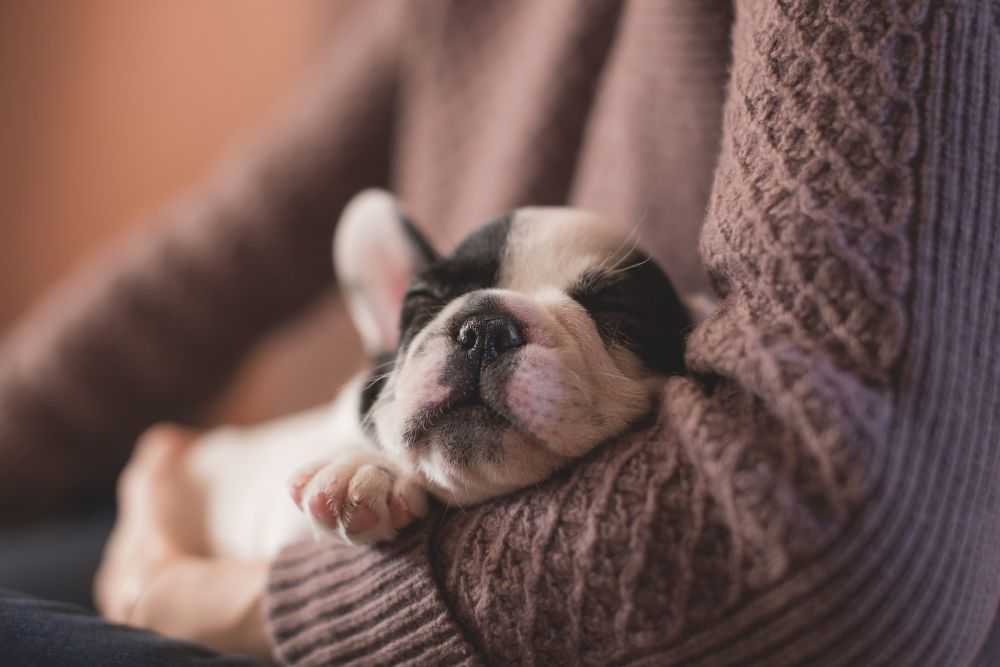 He Is Very Young or Very Old

Young puppies tend to sleep a lot, just like human babies. They are extremely curious and energetic, using all of their time to play and explore around them until they finally collapse into sleep. A puppy is taking in a lot of information and experiences in this early stage of his life. An adequate amount of sleep is crucial to solidify all those experiences and lessons he had learned throughout the day.

Apart from young puppies, older senior dogs also have a tendency to sleep more than adult dogs. In general, senior dogs take a longer time to recover from physical activity. Sometimes, however, this is due to age-related health issues like arthritis, making physical activity more of a chore. They would prefer to lay down quietly and sleep rather than explore the world around them as they did in their early days.

He Has Nothing Better To Do

A dog’s life usually doesn’t consist of much. He wakes up, eats, naps, maybe plays around, and that’s basically it. Without mental or physical stimulation, a dog can become bored. Bored individuals tend to sleep more just because they can.

For that reason, working dogs tend to sleep less - their minds are stimulated during the day. Some dog breeds were bred to work and be more active than others. Those include Siberian Huskies, German Shepherds, Doberman Pinschers, and many others.

If you think your dog is bored, try taking him on more frequent walks, playing with him, or giving him some puzzle toys to keep him busy during the day.

He Has Had Lots of Physical Activity During the Day

Exercise drains energy. An exercised dog will probably sleep a lot more than an inactive one.

He Is a Big Dog 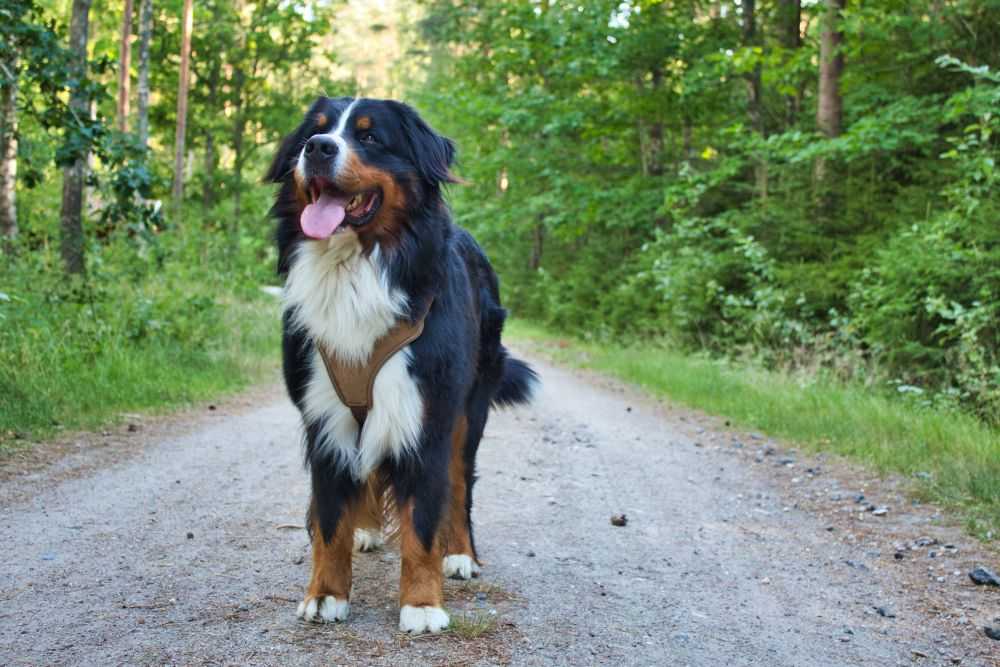 Big dogs like Newfoundlands, Saint Bernards, and Mastiffs have less energy to spend since they carry around such a big frame. This causes them to be a bit less active and energetic than smaller dog breeds.

He Has an Underlying Illness

Thyroid issues, diabetes, and some other diseases may cause a dog to be more lazy and sleepy during the day.

Dogs also sometimes have sleeping disorders, all of which reduce sleep quality. For example:

During colder seasons, it’s normal for many animals, including dogs, to sleep more.

When Should You Worry That Your Dog is Sleeping Too Much? 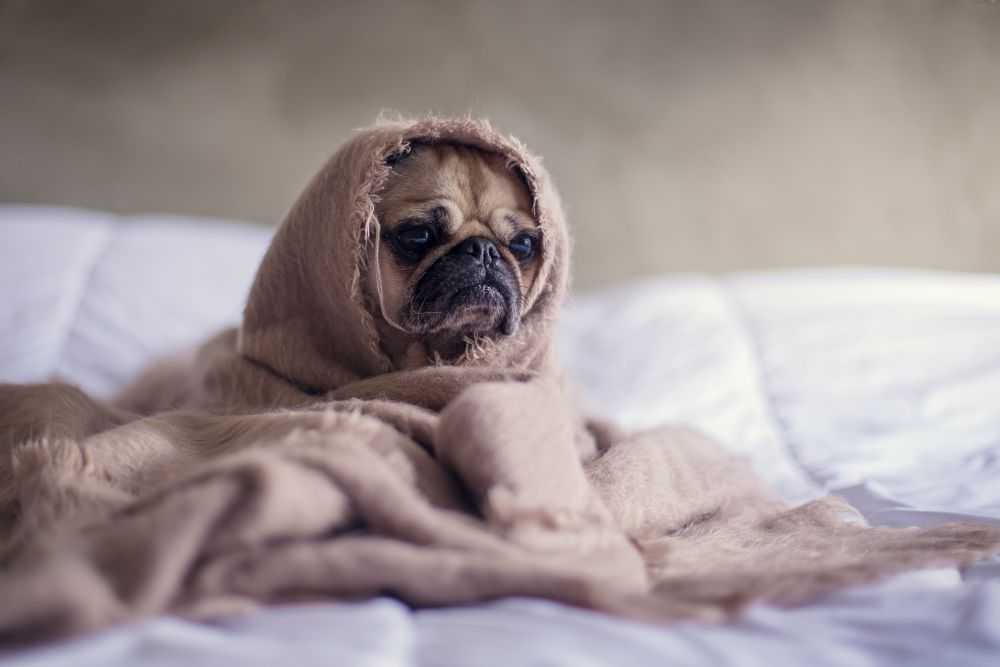 If your dog sleeps a lot and then wakes up energized and full of energy, it’s probably fine. However, there may be a cause for concern if:

If any of the cases above apply to your dog or if you want to be sure, I recommend visiting the vet to rule out potential health problems.