How Many Puppies Do Dogs Have? Answered for All Dog Breeds

By Aviram K.
Published in Dog Ownership & Care
February 17, 2022
4 min read
✏️ This article has been reviewed in accordance with our editorial policy.
🏥 The information in this article is not a substitute for professional help.

For better or for worse, life is full of surprises.

A surprise birthday party can produce tears of gratitude and happiness. But a surprise flat tire may push you to tears of frustration.

Indeed, your response to a surprise can vary depending on how you feel about exactly what you’re being surprised with.

So how do you feel about…surprise puppies?

If your dog is currently pregnant, this is one of those times in life where an unknown number of little surprises may very well be coming your way very soon!

Typical dogs’ litter sizes are between 1-12, with an average of about 6 puppies. There are, however, much larger documented litter sizes. Unfortunately, it’s generally impossible to know how many puppies an individual dog will have in advance. The exact number varies greatly depending on the dog’s breed, size, age, and more.

In this article, I will explain the factors that determine how many puppies a dog will have.

Then, I will lay out the average puppy litter sizes for almost all dog breeds in existence. For some extra convenience, I will also detail which dog breeds have the most and least puppies.

Maybe you find the idea of surprise puppies exciting, but you’d appreciate some specifics. Like should you be expecting 2 or 3 puppies…or 9 or 10?

If you just want the numbers, well, here they are:

If you are still interested, come along with me as I break this down and give you a good idea of what you may be getting into.

What Determines How Many Puppies a Dog Will Have? 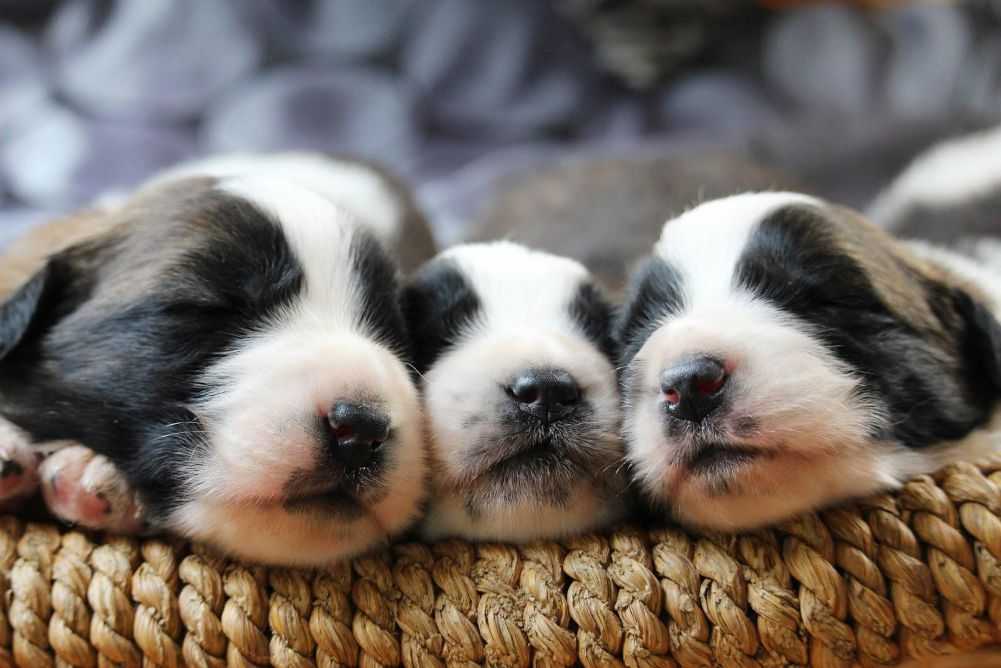 As I said earlier, there is no foolproof way of knowing exactly how many puppies your dog will have until she actually gives birth.

If you’re the type that loves to know every detail in advance, this can feel like a true bummer.

But rest assured, some signs can help you predict how large your dog’s litter may be.

A few of these factors include:

The Size of the Breed

The mother’s body size is usually the most significant thing that determines the size of a litter.

Both the mother’s and the father’s health are large factors determining the size of a litter.

As a general rule, healthier parents produce a bigger litter.

Ensuring both dogs are fed a natural diet including sufficient protein can help your dogs produce more puppies per litter.

The Age of the Mother

There is a sweet spot that is thought to be the perfect time to breed a bitch. And breeding a female dog during this specific time window has a big impact on her litter’s size.

Here are the basic points to know:

The Age of the Father

The age of the stud contributes a lot less to determine the size of a litter.

But generally, male dogs who are under 5 years of age will produce the largest litters. This is when the male’s sperm will be of the highest overall quality. 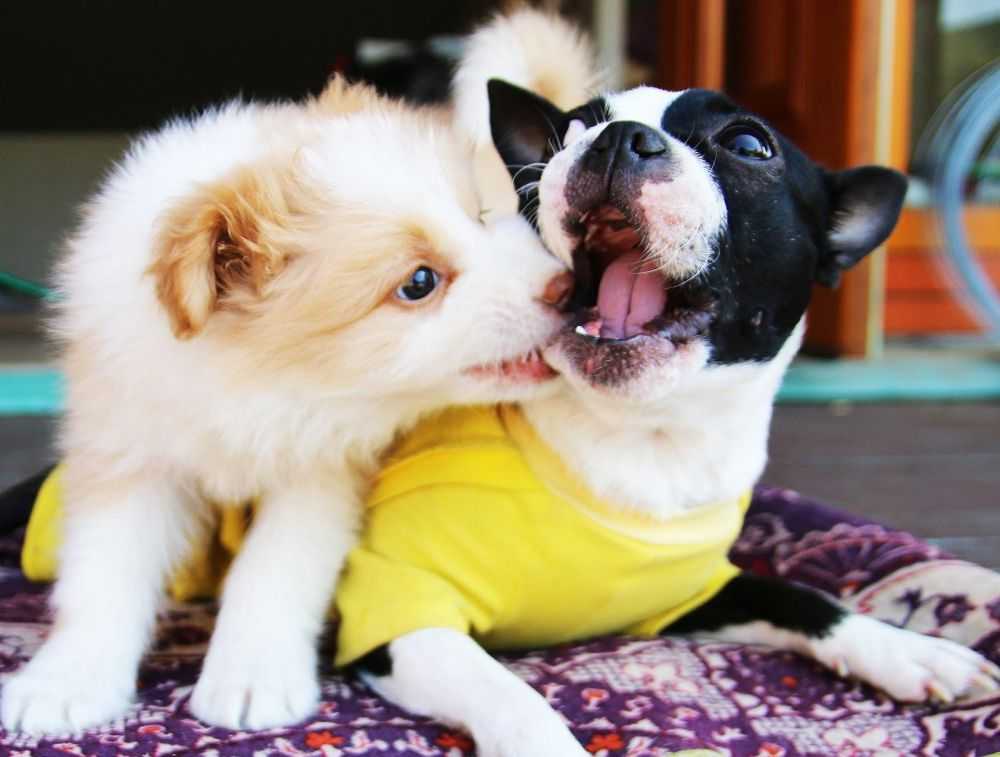 Now that you know the factors that determine the size of a dog’s litter, let’s take a look at the typical litter sizes of almost every (pure) dog breed that exists:

What Dog Breeds Have the Most Puppies?

Generally speaking, larger-sized dog breeds tend to have the most puppies per litter. This is evidenced in the large litter sizes of some bigger dogs like the Golden Retriever and German Shepherd, as listed above.

Other breeds with the most puppies, between 8-10 on average, include Mastiff, Cane Corso, and Great Dane.

Wildest of all: a Neapolitan Mastiff named Tia gave birth to the largest litter ever on record of 24 puppies via C-section in 2004!

What Dog Breeds Have the Least Puppies? 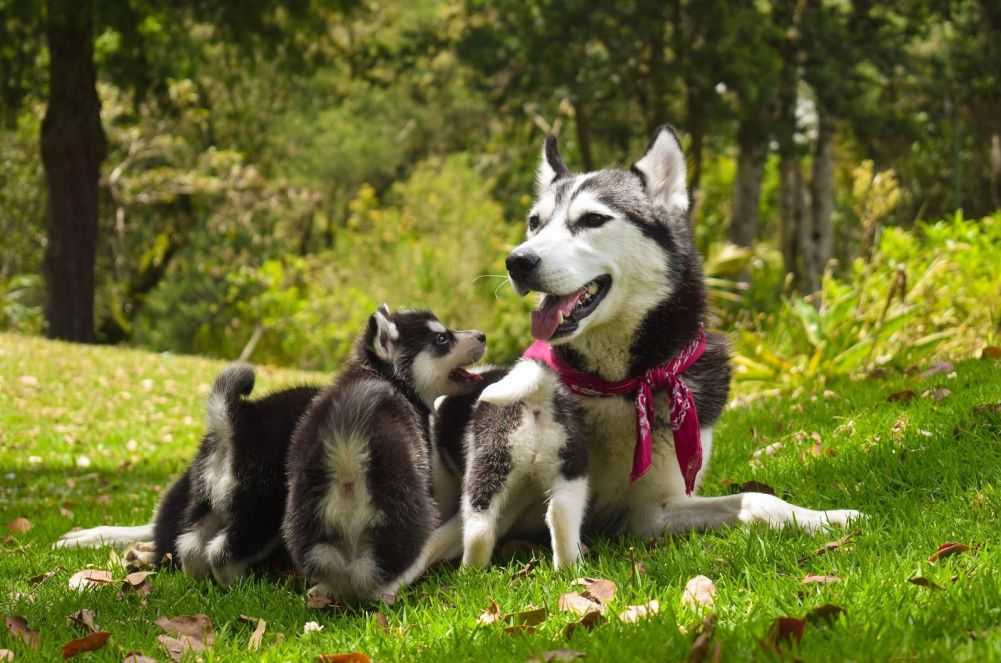 You truly never know quite what you’re gonna get!

Well, you may not be able to know exactly, but you can get a pretty good idea. When you examine factors like breed size, parents’ health, and the mother’s age, you can get an estimate of what size litter may be in store for you.

Of course, this isn’t a predictable science. But back to that thing about life’s surprises: they keep things interesting!

Even if you can’t pinpoint exactly how many pups there may be in your future, hopefully now you can gauge if you should be on the lookout for just 2 or 3 fur babies…or 9 or 10.

…but then again, you never know!